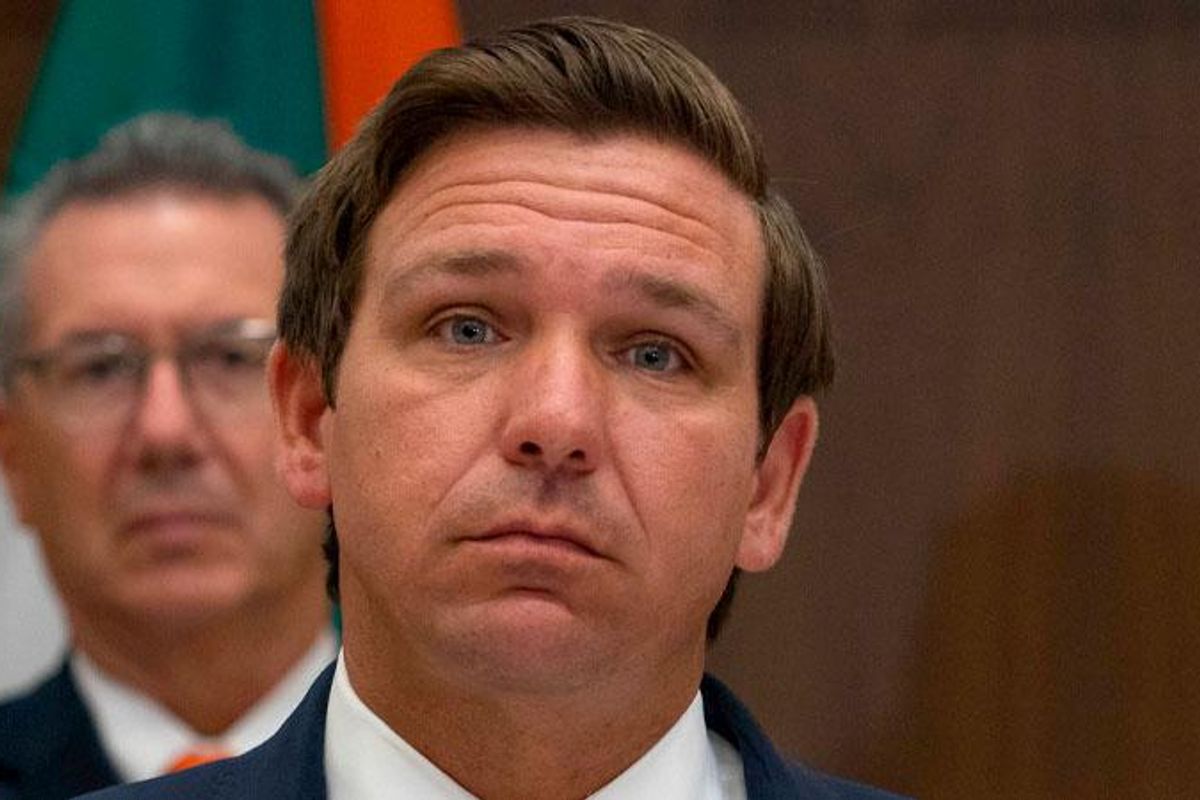 Speaking to The New Yorker in a story published this Monday, former President Donald Trump said he thinks he can beat Florida Gov. Ron DeSantis in a potential 2024 matchup.

"I don't know if Ron is running, and I don't ask him," Trump said. "It's his prerogative. I think I would win."

"If I didn't endorse him, he wouldn't have won," Trump added, referring to DeSantis' successful bid for governor.

Trump has said similar things in the past. In October, Trump said, "If I faced [DeSantis], I'd beat him like I would beat everyone else."

While neither Trump or DeSantis have announced a 2024 run, Trump told The New Yorker that he's "very close" to making a decision.

Sources who spoke with People magazine last week claimed that Trump was unhappy to see DeSantis potentially angling for a 2024 run.

"Trump is right that he created DeSantis," Dave Aronberg, state attorney for Palm Beach County and former member of the Florida Senate, told the magazine. "Polls showed that Trump's 2018 endorsement gave DeSantis an edge in the Florida governor's race. You don't shove Dr. Frankenstein aside."

Another source, who was described as a longtime New York business friend of the former president, added: "Donald thinks DeSantis owes his political career to him, and this has caused political friction. Plus, they were never close friends. They never mixed well."

Bay Road near Quaker Road to close for bridge work

Today24.pro
Canelo Alvarez blasts ‘a**hole’ Gennady Golovkin as he prepares for third fight with boxing rival Fulton vs Akhmadaliev next is a no-brainer, but will we get it? A 757-acre Scottish island that comes with a mansion and a whale skeleton nicknamed 'Bony Dick' is on sale for just over $2 million Eblen knew he would beat Mousasi at Bellator 282: ‘I expected it’