DIXIE D’Amelio and Griffin Johnson are both successful artists in their own right.

They also briefly dated in 2020 but parted ways shortly after.

Griffin Johnson is known as a social media influencer and musician.

He first rose to fame after creating content for TikTok in the late 2010s and was one of the founding members of Sway House.

In 2020, Griffin stepped into the entertainment industry and began acting in the TV series Attaway General. 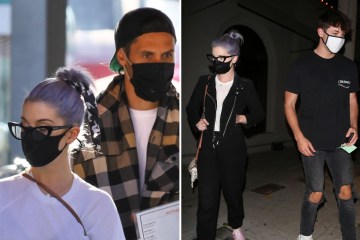 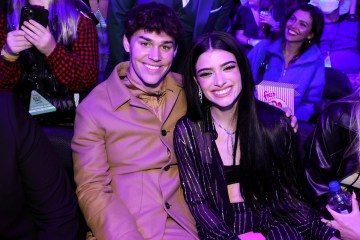 Did Dixie D'Amelio and Noah Beck break up?

In 2022, he is also scheduled to star in the film Diamond in the Rough.

Griffin often posts about his life on Instagram, where he has over three million followers.

Why did Dixie and Griffin break up?

Dixie and Griffin parted ways in July 2020, shortly after confirming a relationship amid cheating allegations.

In November 2020, he appeared on the BFFs podcast, where he opened up about the split, revealing that he did Snapchat other girls but claimed it was when the two weren’t together.

“It was like a four or five day period we had broken up and I’m not going to lie, dude, I was just kind of sad,” Griffin said, via Seventeen.

“I did my fair share of wrongs,” he continued.

“I should have never messaged the girl at all, not going to lie, but it was during a weird break up, I was just messed up in the head at the time.”

Previously, Dixie had discussed the breakup on TikTok, where she posted an apology text she received from Griffin along with other screenshots of him claiming to be single to other girls.

“I own up to it completely and know that I have done wrong and that I have hurt you in a way that can never be forgiven or forgotten,” the text read.

“I do want to say that regardless of anything and my actions have not reflected it but I do care about you and this was never a game to me. I am sorry from the bottom of my heart.”

What is Griffin Johnson’s net worth?

Due to Griffin’s successful career, he has been able to amass a small fortune.

As of June 2022, he has an estimated net worth of $2million, according to Celebrity Net Worth.

This number comes from his social media presence and other business ventures.

Today24.pro
Eblen knew he would beat Mousasi at Bellator 282: ‘I expected it’ Canelo Alvarez blasts ‘a**hole’ Gennady Golovkin as he prepares for third fight with boxing rival Fulton vs Akhmadaliev next is a no-brainer, but will we get it? A 757-acre Scottish island that comes with a mansion and a whale skeleton nicknamed 'Bony Dick' is on sale for just over $2 million