CORONATION Street fans are in hysterics after Rita Tanner and Audrey Roberts got wasted in the Rovers.

The two cobbles legends – who are played by actress Barbara Knox and Sue Nichols in the ITV soap – patched up their long-running feud over a couple of drinks.

At first Audrey wrestled a bottle of wine off her daughter Gail – drenching Gail in the process.

And then sitting alone in the pub, she was approached by Rita who wanted to join her and become friends again.

She told her old pal: “I wouldn’t dare have a go at you, I like this top just as it is thank you very much.

“I’ll get us some drinks. Between you and me I reckon ladies of a certain age need to stick together.” 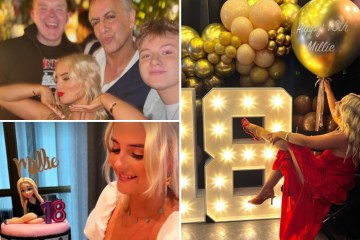 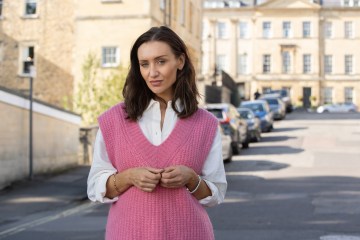 And they didn’t stick to wine with Daisy tempting them with shots to prove they still had it.

The pair got completely off their faces with Audrey demanding Daisy fetch her ex-boyfriend Ryan Connor to strip for them.

But he wasn’t available so they soon headed home and chanted “tequila, tequila” as they staggered up the street.

The tequila shots had boosted Audrey and she went straight in to tell Gail where to go.

She told her daughter: “I’ve made a decision, right and in a few days time I’m going home to Grasmere Drive.”

As Gail argued that Audrey couldn’t cope alone, her mum shut her down: “Gail this is all part of the problem – everybody thinking they know my business better than me.

“Well I’ve got news for you daughter dear, there is only one Audrey Roberts around here and she is taking back control, right?

“I am the boss of her, not you. So stick that up your cashmere jumper or whatever.”

Viewers absolutely loved drunk Audrey and want more of her and Rita knocking back the cocktails.

One wrote: “Loving it Audrey and Rita three sheets to the wind!”

A second said: “Someone has injected some good old corrie back into the street. Tequiiiiila!”

Another added: “Drunk Audrey and Rita, that’s #corrie for me!”

Rita and Audrey chanted ‘tequila, tequila’ as they staggered up the road[/caption]

Today24.pro
Lonnie Walker to Lakers Canadian Wood Council mass timber fire test performed as expected SANDCAST: Deahna Kraft only knows one speed, ‘All in, or nothing at all’ Christian Thun faces Curtis Harper on July 9 ProBoxTV card in Florida