CAROL Vorderman has given a huge hint that she is making a hotly-anticipated comeback to Countdown.

Adding fuel to the fire, Carol teased a selfie on Instagram while travelling ‘to work’ in a ‘secret location’.

“This bird has decided to get back into work instead of hiding away for the last however many years……..yup….expect trouble.”

Fans have gone wild for Carol’s post, with many guessing that a Countdown comeback is imminent. 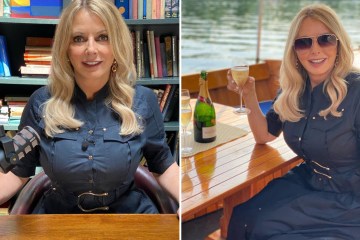 TOAST OF THE TOWN

Carol Vorderman looks incredible as she drinks champagne in jumpsuit 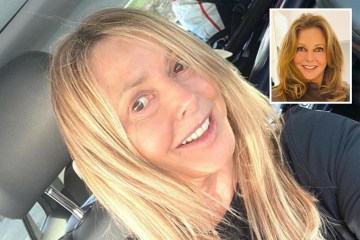 One wrote: “I am guessing you’re returning to countdown!”

Another added: “Oooh on your way back to the Countdown studio? Have a terrific time wherever you’re going.”

And a third told Carol: “Love to see you hosting Countdown.”

Carol co-hosted Countdown from 1982 to 2008 and initially starred on the C4 show alongside Richard Whiteley.

Carol quit in 2008 and Rachel Riley was brought in as her replacement. Countdown was then hosted by Jeff Stelling, Nick Hewer and, most recently, Anne Robinson.

Anne was the show’s first female main host, having taken on the job in June 2021. But she quit in May this year.

Announcing her departure, she said: “I’ve had a blast hosting this wonderful show. And I stayed longer than I signed up for. Now it is time for an older woman to take the reins.

“I hope too I’ve encouraged TV bosses to realise that not all women at the wrong end of their seventies are in care homes playing bingo and watching conjuring tricks.”

Carol has since been tipped as Anne’s replacement.

A TV insider previously told The Sun: “Carol is such a big part of Countdown and Channel 4 know how much everyone loves her.

“Bosses would love her to come back as the main host, her Countdown journey would come full circle. It would be perfect.”

Carol, meanwhile, wrote on Twitter: “Thank you to all of you saying such lovely things about a possibility of me returning to Countdown.

“You’re very kind & it would be an honour but I want to wish whoever is the lucky human to be the new host all the love and 9 letter words in the world #CountWell#HappyDays.”

Colin Murray has stood in as Anne’s temporary replacement. Channel 4 have said the permanent replacement will be named in due course.

Today24.pro
Gaethje getting nose surgery, aiming for ‘one last’ UFC title push US tennis player Taylor Fritz pulled off an amazing diving shot at Wimbledon that was so good his opponent had already started celebrating winning the point ‘Our strong bond was the most special part’: top-10 Badminton horse dies, aged 25 Briedis vs Opetaia: Live updates and results, 5 am ET