IN 1985, a group of friends was wrongfully convicted for the death of Helen Wilson.

Helen Wilson was the victim of murder in Beatrice, Nebraska.

Who was Helen Wilson and how did she die?

Wilson was a mother and grandmother, according to The New Yorker.

She played bingo a couple of times a week and volunteered at the nursery of the Methodist church.

Her church was located just a few blocks from where she lived in Beatrice.

Wilson was raped and murdered inside her home in 1985.

Read more on The US Sun 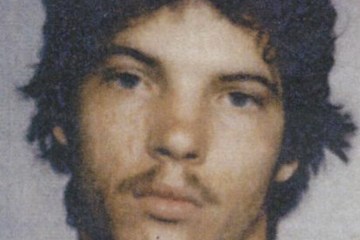 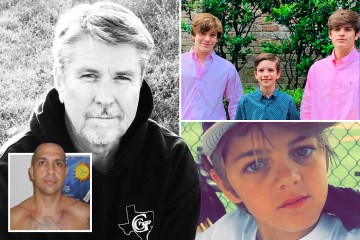 The police named Bruce Allen Smith as one of the suspects during the murder investigation.

As his DNA was not a match at the scene of the crime, per The Cinemaholic, others were focused on as suspects.

The group is known today as the Beatrice Six.

most read on crime

Schoolgirl, 14, who lured Olly Stephens to his death boasted 'I'm so excited'

What happened to the Beatrice Six?

The Beatrice Six were wrongfully convicted for Wilson’s murder.

In 2009, the group was released as a result of a cold case sending in evidence for DNA testing 23 years later.

The DNA test matched Smith’s blood and semen to the fluids found on Wilson that night.

Smith was not able to answer for his crimes as he died before the new testing took place.

He died in September 1992, 16 years before the DNA was tested again.

What is Mind Over Murder and how can I watch?

On June 20, 2022, nearly 40 years after Wilson’s murder, HBO is releasing a documentary series on the case.

Mind Over Murder will take a look at the events leading up to and following the murder of Helen Wilson.

In the first look and trailer of the documentary, Wilson’s grandson is interviewed about the events.

Many critics on Twitter are calling the documentary a “must watch.”

The six-part documentary series is scheduled to premiere on HBO on June 20, 2022, at 10pm EST.

Viewers will also be able to stream the series on HBO Max.

After being released from prison, the six defendants sued Gage County and were awarded $28million, according to the Star-Herald.

[OPINION] Ladies and gentlemen, Rody has left the building

One dead in Mifflin Township

Today24.pro
US tennis player Taylor Fritz pulled off an amazing diving shot at Wimbledon that was so good his opponent had already started celebrating winning the point UConn lands 4-star shooting guard Solo Ball ‘Our strong bond was the most special part’: top-10 Badminton horse dies, aged 25 The Untold Story Of Chris Hemsworth