There is something so sweet about the relationship between Kurt Russell and Kate Hudson. She’s not his biological daughter, but he stepped up to be the father she needed growing up after her biological father Bill Hudson became estranged from the family. Hudson made sure to honor him on Father’s Day because Russell showed up every step of the way.

The 43-year-old actress shared a throwback snapshot of the two of them cuddling together. Hudson had her arms wrapped around Russell while he gently placed a hand on her head. They looked like they were watching a movie while someone (maybe mom Goldie Hawn?) snapped the father-daughter photo. The Something Borrowed star didn’t hold back with her loving caption either, writing, “Fun, adventurous, passionate, determined, honest, devoted, amazing father and the best head of hair in Los Angeles! Lucky us! Love you Pa! Happy Fathers Day.”

Hawn responded to her daughter’s post, commenting, “Honey this picture speaks volumes,” with three heart emojis. If that wasn’t enough to tug at your heartstrings, Hawn came back with another comment after she showed the post to Russell, who has no social media account — and we love that she shared it with all of us. “Honey I showed this to daddy. Here’s his message…” Hawn wrote.

Grab a tissue before you see what Russell said in response because it will make you shed a tear or two. “Birdie, mommy just showed me this picture, this is perfect Father’s Day present. I’ve never seen it before. Wow..it’s a killer,” Husdon’s mom wrote for Russell. “Lotta water under the bridge…it’s kinda hard to see it though cause all the water seems to somehow have found its way into my eyes…thanks for making me the luckiest father in the world sweetheart. I love you, Pa.” We also have to agree with Drew Barrymore, who stopped by in the comments, “wow this one almost hurts its so sweet.” Russell’s love is a true testament to the idea the family isn’t always about blood, it’s about the person who is willing to be there when you need them the most. 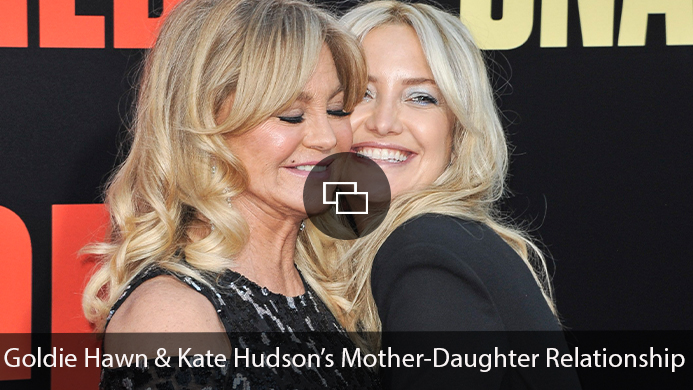 Today24.pro
Canadian Wood Council mass timber fire test performed as expected Lonnie Walker to Lakers SANDCAST: Deahna Kraft only knows one speed, ‘All in, or nothing at all’ Athletics’ Adrian Martinez will get starting assignment in Seattle