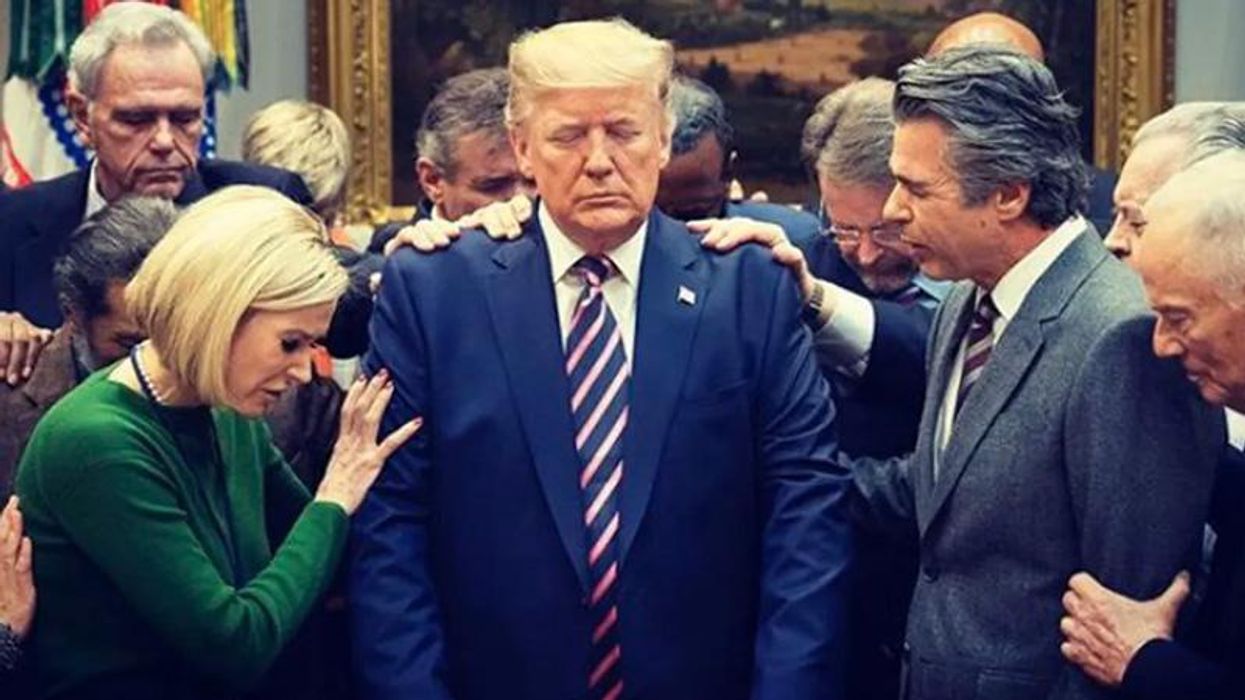 A Southern Baptist minister recently accused his fellow pastors of becoming "whores" for Donald Trump -- which elicited howls of protest from some of them.

Kevin Smith, pastor at Family Church in Palm Beach and former executive director of the Baptist Convention of Maryland/Delaware, spoke the first day at the SBC General Convention, where he accused some ministers of “losing their minds” after Barack Obama was elected president in 2012 and then shamed themselves by supporting Trump, reported Protestia.

"I don’t mean agree about politics or policy … I just mean giving a darn that somebody else is hurting who is supposed to be your brother or sister in Christ, and I think some Southern Baptists just bent over and became political whores with this whole Trump stuff," Smith added.

Protestia, an online publication associated with the Fellowship Baptist Church in Montana, blasted Smith for his remarks.

"As far as becoming political whores and bending over so the bad orange man could impregnate us with racial ideologies, this is not the winsomeness that he was insisting we emulate during his later conference talk that he gave in front of the whole convention, making him quite the hypocrite," Protestia wrote.

Other pastors angrily denied Smith's allegations on Twitter, and some even called for him to "repent."

\u201cI am grateful for the thousands of people that have viewed this video on Facebook and Twitter. I hope @smithbaptist has had time to reflect. The @ERLC is not consistent on its position on abortion and Southern Baptists deserve better.\u201d
— Allen S. Nelson IV (@Allen S. Nelson IV) 1655733317

\u201c.@smithbaptist brother, look at the contrast between your pinned tweet & the one from this morning and take into account what you said at 9Marks. As a family member, I want to plea w/ u to consider a truthful response to the issues at hand.\u201d
— Travis McNeely (@Travis McNeely) 1655733615

\u201c@smithbaptist is not the problem, though his words are wrong and sinful to be sure, it is men of conviction that would allow this type of speech demeaning men because of their skin color. Many lumped up for the sin of some which seems part and parcel of the new SBC.\u201d
— Tommaso Pasquarella (@Tommaso Pasquarella) 1655732846

\u201c@craigaven @merelyjwright @9Marks @smithbaptist Craig, I was in the room for 9 Mark @ 9. He may have been asking a genuine question, but his setup to his question was unnecessarily inflammatory and accusatory.\u201d
— Jeff Wright (@Jeff Wright) 1655687120

\u201cThese horrific, and let\u2019s be clear, sinful, comments from @smithbaptist at the @9Marks at 9 event, which went unchecked and uncorrected by @MarkDever and @JonathanLeeman is a huge problem. \n\nIf left unaddressed, it\u2019s very clear which side 9 Marks is choosing.\u201d
— Save the SBC (@Save the SBC) 1655696439

\u201cWow. Smith doubling down on his ungodly speech (violation of Ephesians 4:29) and his unbiased accusations of racism (violation of numerous commands not to lie).\n\nIs this the \u201cwinsome witness\u201d we hear so much about?\u201d
— Save the SBC (@Save the SBC) 1655731327

Who is Uncle Roger?

Today24.pro
Lamborghini Aventador replacement! William Whitaker takes Hickstead Derby catch ride as rider broke thigh in three places — after trial finish line Fulton vs Akhmadaliev next is a no-brainer, but will we get it? Canada captures 3×3 basketball silver medal in World Cup debut