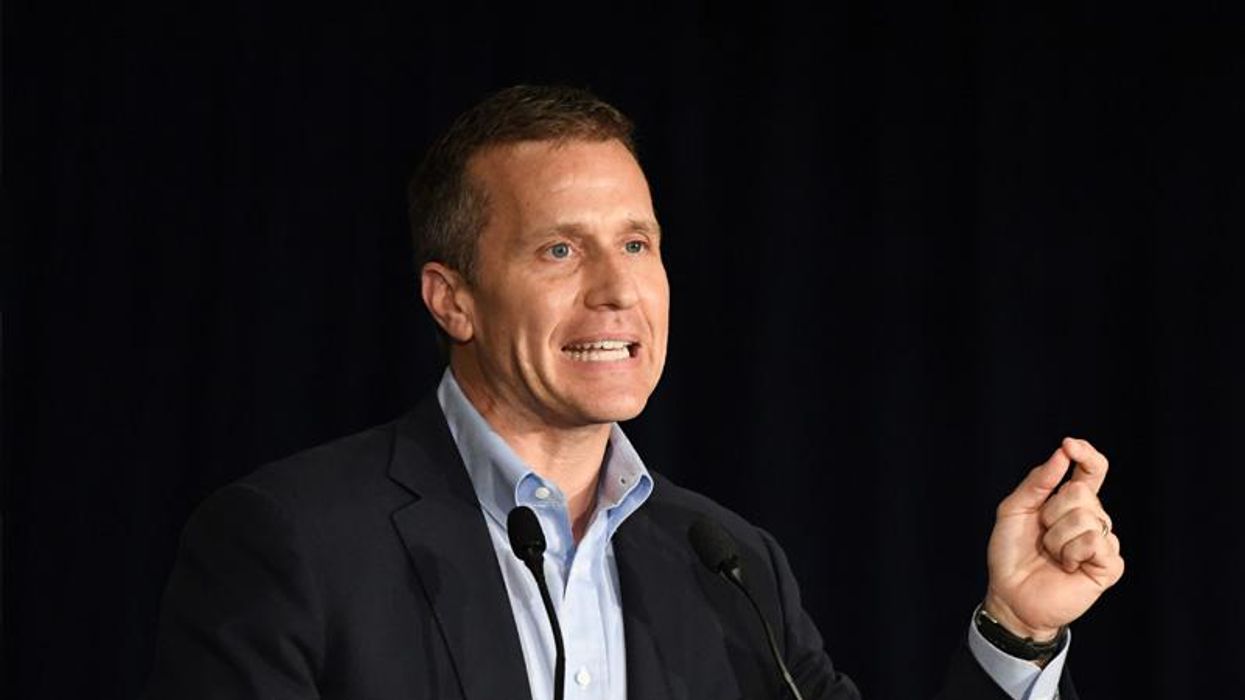 Missouri GOP Senate candidate Eric Greitens sparked outrage this week with a new ad in which he waved around a gun and pledged to go "RINO hunting" against fellow Republicans who showed disloyalty to the MAGA agenda outlined by former President Donald Trump.

CNN analyst Chris Cilizza said on Monday that he was "somewhat shocked" by the ad, which dangles the use of violence as a way to solve political disputes.

He then linked the ad to recent threats of violence leveled against Rep. Adam Kinzinger (R-IL) to show why such violent imagery and rhetoric should not be taken lightly.

However, Cilizza also predicted Greitens would pay no political price for the ad.

"Most depressingly, it will probably accomplish what Eric Greitens wanted," he said. "It had 850,000 views the last time I looked, it had been up for three to four hours. They'll use it to raise money. But whether it works or not doesn't mean whether it's right or not, and it's clearly not."

Boohoo are selling seamless cycling shorts like Kim K’s Skims, fashion fans are loving the £20 sets which saves over £60