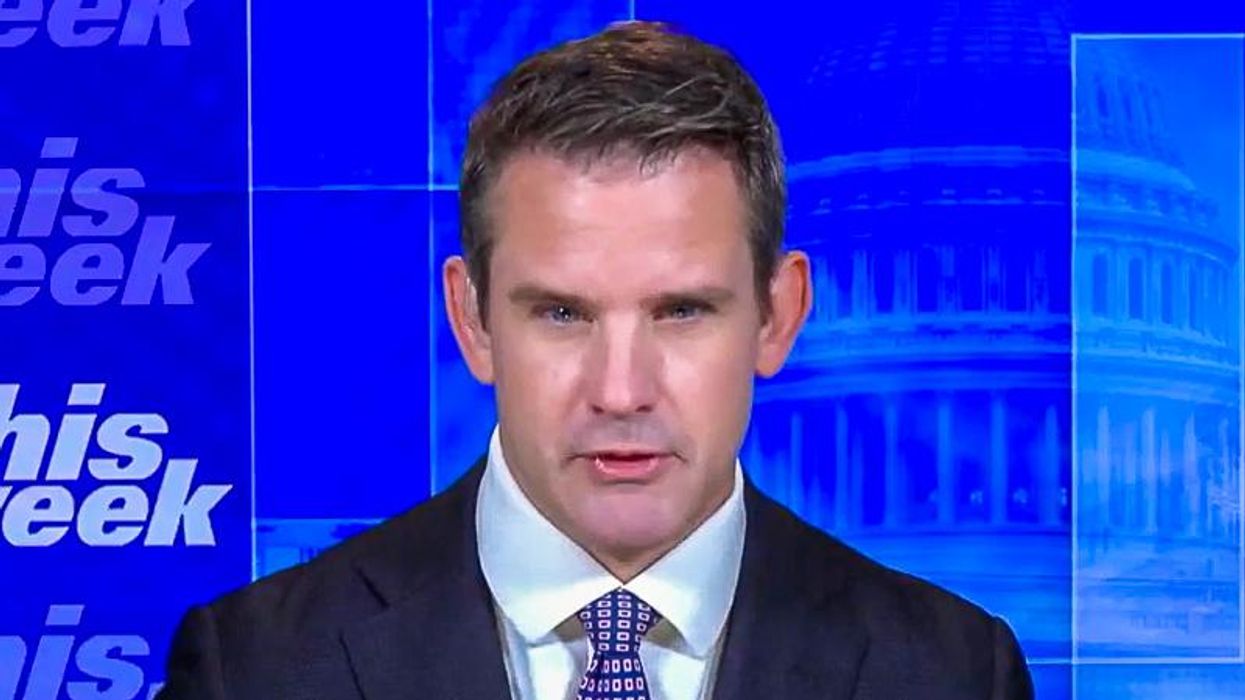 Discussing bomb threats recently called into his home, Rep. Adam Kinzinger (R-IL) — one of two Republicans in the U.S. House Select Committee on the January 6 Attack — told ABC’s “This Week” that “My party has utterly failed the American people at truth.”

“It is leadership, lack of leadership in the Republican Party,” Kinzinger explained. “If you have people that don’t trust what they hear on the media, and they don’t trust what they hear from certain leaders…. Everybody has people they trust and where they get their information, that whole segment of leaders that Republican voters trust… If you’re going to stand up to those people and lie to him and tell him Donald Trump’s right, the election was stolen… We could have no doubt that 80 percent of the country is going to believe what their leaders are saying.”

Kinzinger added that he is not personally worried about the bomb and death threats that were recently mailed to his house. The threats promised violence against his wife and their five-month-old child.

“I’ve never seen or had anything like that,” he said, adding, “It was sent from the local area.”

He also said he expects threats of violence to increase leading into the 2024 presidential election as Trump’s supporters have also gained control of political positions that will enable them to contest or sabotage the next election’s results.

Beyond the Mansoura murderer

Today24.pro
Eblen knew he would beat Mousasi at Bellator 282: ‘I expected it’ Royals vs. Athletics Friday game thread Canelo Alvarez blasts ‘a**hole’ Gennady Golovkin as he prepares for third fight with boxing rival A 757-acre Scottish island that comes with a mansion and a whale skeleton nicknamed 'Bony Dick' is on sale for just over $2 million