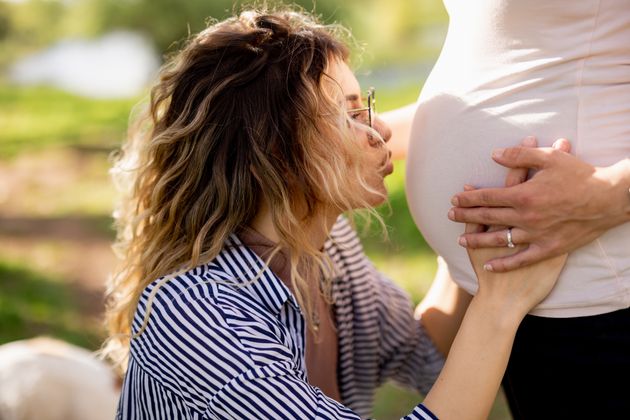 Employees undergoing fertility treatment could soon be entitled to statutory time off work, under a proposed law being brought before parliament.

The law suggests that fertility appointments should be treated in the same way as antenatal appointments during pregnancy.

NHS England and NHS Improvement have already recently given roughly 8,000 of their staff the right to three days off a year specifically for fertility treatment, The Mail on Sunday reports. (Though it’s worth noting that free IVF treatment under the NHS has faced huge cut backs in recent years.)

Under the latest bill, proposed by Tory MP Nickie Aiken, all companies would have to give both women and their partners time off for fertility treatment. It’s hoped the change will help those who may currently be going through multiple rounds of tough IVF treatments in secret.

“Undergoing treatment while juggling a career is very tough,” Aiken said. “Many people feel they cannot tell their employer for fear of being overlooked for a promotion or being made redundant.”

Why is this new proposed law so important for hopeful parents?

Becky Kearns, Co-Founder of Fertility Matters At Work, tells HuffPost UK this law is potentially game-changing, because it gives people “permission to talk to their employer about going through treatment (if they choose to) rather than feeling like they have to hide it”.

“We know from our research that 61.1% did not feel confident talking to their employer about trying for a baby,” she explains.

“Many fear that there will be an impact to their career in asking for time off to attend appointments and so a law in place to give a statutory right and protection against unfair treatment will help them to know that this is recognised by their employer.”

She adds that IVF is often seen as a ‘lifestyle choice’ rather than a treatment for a medical condition - though the World Health Organisation describes infertility as a “disease of the reproductive system”. The proposed law would help to right this wrong.

How will this benefit people who are having IVF?

Kearns believe this will benefit hopeful parents as IVF is a gruelling process over the course of a number of weeks involving numerous, frequent and unpredictable appointments.  “From my own personal experience, taking time off for fertility appointments felt very different to when I finally became pregnant and was ‘allowed’ by law the right to attend antenatal appointments,” she says.

“It not being recognised or even allowed within many organisations creates additional stress and burden on top of an already emotionally draining process. This law would mean that over time fertility appointments would also be expected, accepted and acknowledged as a statutory right.”

What are some of the work challenges women face when undergoing fertility treatment?

When going through IVF or other fertility treatments, women face “a very real fear of not being seen as committed to their jobs, of being overlooked for promotion or even selected for redundancy if their employer knows,” Kearns says.

“It’s also a hugely personal experience, one that still often has stigma and shame attached to it,” she adds.

“Planning is hugely difficult as it often depends on how your body responds to treatment and when your period starts as to when treatment can begin, the appointments can be every other day and sometimes at late notice depending on blood test and scan results.”

In a 2020 survey by the charity, 83% of respondents said Covid (and working from home) had made it easier to plan and squeeze in fertility treatments. But now most of us have returned to the workplace – at least some of the week – things will get harder again.

“There’s the physical challenges of the hormones that are injected, also the challenge of finding an appropriate place to administer injections and pessaries whilst at work, one woman told us she had to hide her in a sandwich box in a fridge,” Kearns explains.

“Financial worries are huge too with the cost of treatment often running into the thousands, another stress when you need to take time off work – some are told to use annual leave or unpaid leave, we found that 69.5% took sick leave during treatment.

“Most predominantly is the mental health challenge, we found that 68% felt their treatment had a significant impact on their mental and emotional wellbeing, having to hide appointments and the huge grief that this process brings about can make it even more of a challenge, to the extent that 36% considered leaving their employment due to treatment.”

Let’s hope the bill marks the start of the change that’s needed.