Dame Kelly Holmes and Phillip Schofield both choked back tears as they discussed coming out in a powerful interview on This Morning.

The Olympic gold medallist shared that she is gay over the weekend, and appeared on the ITV daytime show on Monday to discuss her story.

She was interviewed by Holly Willoughby and Phillip Schofield, who also became visibly emotional during the chat, having come out as gay in an interview with his co-host on show in 2020.

Kelly – a former soldier – discussed how having to hide her sexuality during her time in the Women’s Royal Army Corps for fear of being court-martialled impacted her mental health, as until 2000, it was illegal for LGBTQ+ people to serve in the British Army, Royal Navy and RAF.

She said: “I talk very openly about my mental health, but I’ve always been able to relate it to spot – being disappointed, having injuries – and there was an element of that because I wanted to be an Olympic champion since I was 14.

“But I became a self harmer, I didn’t want to be here, frankly at some point in my life. I’ve been in a bad way a lot and in 2020 I had a really bad breakdown and I knew if I couldn’t release it, I didn’t know what I was going to do, so I had to do it.” 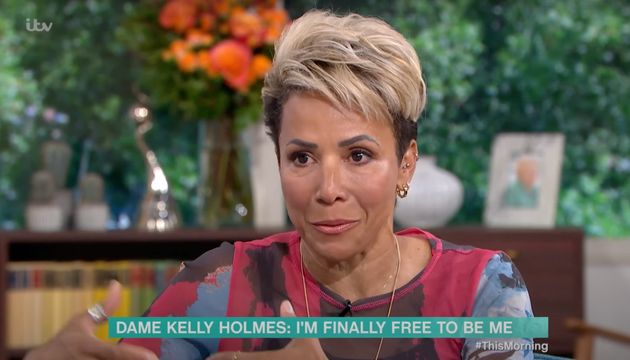 Fighting back tears, Phillip said: “You said yesterday in your Instagram that you were scared. I think I wrote back, ‘Don’t be scared because it’ll be ok’… How do you feel now?”

“I am relieved to finally do it but it’s hard to unravel everything. So I know that the relief will come gradually,” an emotional Kelly replied.

“The responses are really helping me… It’s that relief and final thing of releasing myself to have my life, because I don’t feel like I’ve lived my life. I can honestly say that I don’t feel that I’ve ever been happy.” 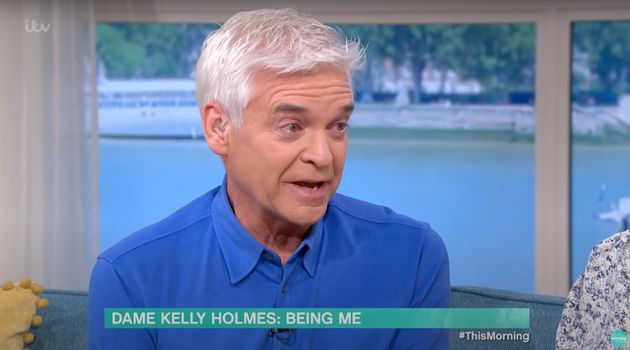 Phillip Schofield came out on This Morning in 2020

“Do you think that you can be happy now?” Phillip asked, to which Kelly replied: “Yes.”

She added: “I do know that, like [Phillip], I have an authoritative voice to change things and make things better so that people don’t live in fear and can live their life, because we all have a right to do it.

“I had different things that were complex because of the army and then becoming an international athlete and no-one spoke about being gay. I had both of those sides... and I had nowhere to go to know how to be who I needed to be.”

Kelly realised she was gay at the age of 17 and her family and friends have known since 1997, and she said it had been a four-and-a-half-year process to get to where she is now.

In 2020, Kelly contacted a military LGBTQ+ leader to find out if she could be sanctioned for breaking army rules by coming out, and was told she would not be.

She recalled: “I got quite ill with Covid and I was laying on the sofa one day thinking, ’When I die, all my friends and family will stand at my funeral all saying, “Wasn’t it a shame she couldn’t be her,”′ and I felt that was my right. I needed to find a way to do it, but I just didn’t know how to.

“The one call that I did to a brigadier, I just had to make this call to say, ‘What would happen if I come out?’ and she said nothing. That one call changed everything for me.”

Turning to Holly, Phillip remarked: “That’s the conversation I had with you.” 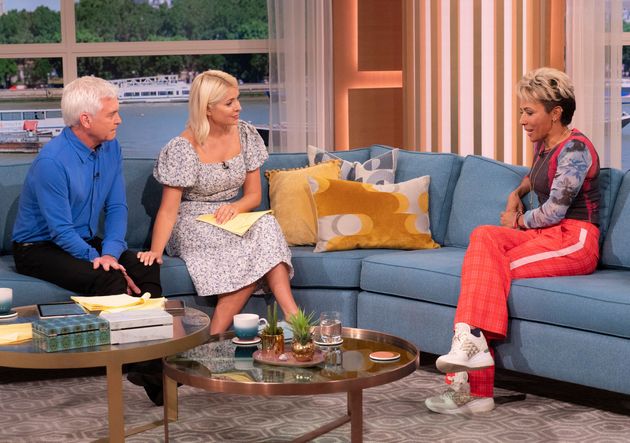 “This is a conversation that’s happening in households up and down the country and around the world, and actually having both of you having done it, and been terrified to do it, look at where you [Phillip] are now, and look at where you [Kelly] are now.

“It is possible. And you just said here, ‘I’ve never been happy,’ and I hope that you look forward to that happiness now and see it as a real tangible thing.”

Kelly noted the changes in the army since she was in it, and hoped to show this in a documentary about her story, which airs on ITV this Sunday.

This Morning airs weekdays at 10am on ITV.