ALTHOUGH Kevin Hart is an actor and comedy star, he has a number of business ventures outside of his on-screen career.

Aside from his starring roles in film and television, Kevin revealed how his dieting routine resulted in him opening his own restaurant locations.

While stopping by The Joe Rogan Experience, Kevin Hart shared his food and diet regimen with the host.

He told Rogan: “I don’t want people to think that I don’t eat, I’m not a foodie but I’m not on some strict, crazy diet.”

“I don’t eat red meat, no fish, no seafood. I’m a plant-based eater. I’ll go chicken every once in a while.”

The Fatherhood star said: “Just because you make the decision to go and try plant-based, doesn’t mean you have to be engulfed in that world.” 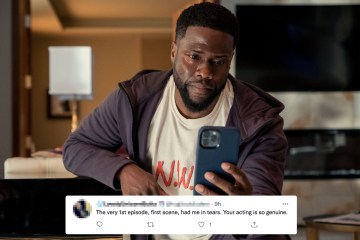 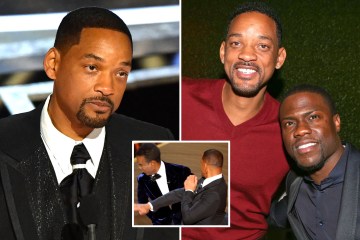 Will Smith receiving support from Kevin Hart after Oscars controversy

“Learn it, understand it, and see if there are benefits that work for you.”

“I stopped eating red meat so much because I learned that I didn’t have to have it.”

Kevin added: “Once I found out there was protein and things in other foods and other resources, then I started to learn more about the plant-based food space.”

“Since going plant-based and jumping into that space and choosing that, I’ve seen a significant change in being more vibrant and more up and at it.”

most read in celebrity

Netflix's Chosen One cast 'had complained about transport' before deadly crash

A closer look at how Zendaya, Harry Styles, & others got Krissed

Bradley Cooper finally confesses the reason for his departure from Alias

Does Kevin Hart have his own restaurant?

On June 16, 2022, Kevin Hart revealed his plans to open his own vegan-style restaurant locations.

Operating under the name Hart House, the Jumanji actor said in a statement: “I founded Hart House to create a good experience that combines the joy of coming together over food, with the power of purpose.”

“Our amazing chefs and team members have crafted a 100% plant-based menu that delivers ‘can’t-believe-it’ flavor in every bite. I know you’re going to love it.”

The comedian further stated on Instagram: “I am THRILLED to announce that I have collaborated with an All-Star team of partners and industry leaders to create an industry-changing restaurant called ‘Hart House.'”

“This thing is going to be HUGE! We’ll be opening our first few locations in the LA area, but we will be expanding quickly. Stay tuned for more!!”