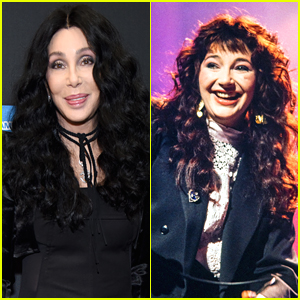 Cher has nothing but support for Kate Bush as the musician broke a new record and passed her on the UK Charts.

Kate‘s music has been having a resurgence after her song, “Running Up A Hill (A Deal with God)”, was featured in the new season of Stranger Things, and since its debut on the Netflix series, has been rising up the charts fast.

She actually topped the Official U.K. Singles Chart on Friday (June 17), and has replaced Cher to become the oldest female artist to hit No. 1.

Taking to social media, Cher shared her reaction and support of Kate, saying that records were meant to be broken.

Bravo Kate????????
Records Are Meant 2 Be Broken‼️Remember Back In The Day,When Women Had SHORT SELL BY DATES⁉️We Had 2 Fight Our Way Through The Testosterone Curtain,& We Did it So The Girls Who Came After Us Could Sing As Long As They Want To.
With Mega Respect
????
Me

You can learn all the lyrics to Kate‘s “Running Up A Hill” here!

Today24.pro
Christian Thun faces Curtis Harper on July 9 ProBoxTV card in Florida Canadian Wood Council mass timber fire test performed as expected Athletics’ Adrian Martinez will get starting assignment in Seattle SANDCAST: Deahna Kraft only knows one speed, ‘All in, or nothing at all’