Keith Smith @KeithSmithNBA
It’s that time of year, so it’s double @FrontOfficeShow today! In the first episode @Trevor_Lane & I talked Kyrie leaving BKN maybe, Beal made a decision (sort of), Atkinson backed out on CHA and more! Watch, like and subscribe below to stay in the know!
youtu.be/QWP3RqvKbLM – 2:26 PM

Steve Popper @StevePopper
So anyway, it’s lunchtime and already a story came out that Kyrie could seek a new team and the Knicks would be one of the possibilities and Jaden Ivey says the Knicks are a team he’s looking at – rather than the team picking at the spot he’s likely to be drafted. – 12:32 PM

Kristian Winfield @Krisplashed
Going on @TheHerd with @ColinCowherd at 1:05 PM ET to talk about Kyrie – 12:12 PM

Sam Quinn @SamQuinnCBS
If the Lakers can get Kyrie Irving without trading LeBron or AD, they should do it.
I know there are off-court concerns. I know he has injury issues. I know I’m the one constantly crying depth. But Kyrie really is that good, and his track record with LeBron is that impressive. – 12:00 PM

Tommy Beer @TommyBeer
For the #Knicks, this is a very easy decision: Don’t even consider getting involved in a toxic relationship.
NY has made many a dumb decision over the past two decades, but getting in the Kyrie Irving business would be among the most idiotic of them all
tommybeer.substack.com/p/knicks-would… – 11:46 AM

Sirius XM NBA @SiriusXMNBA
According to @Shams Charania, Kyrie Irving and the #Nets are at an impasse about his future in Brooklyn
@Ryen Russillo tells @Brian Geltzeiler & @SamMitchellNBA why the Nets might have reached their boiling point with Kyrie #NetsWorld pic.twitter.com/eztRu4oIpB – 11:40 AM

Bill Simmons @BillSimmons
When we did the “Where is Kyrie going?” segment on my pod 2 weeks ago, here were the fake trades I wrote down. (PS: I can’t imagine OKC would take Russ but that’s the only way LA has a chance at Kyrie; Brooklyn taking Russ back would be… insane?) pic.twitter.com/q6FMMa45Xw – 11:38 AM 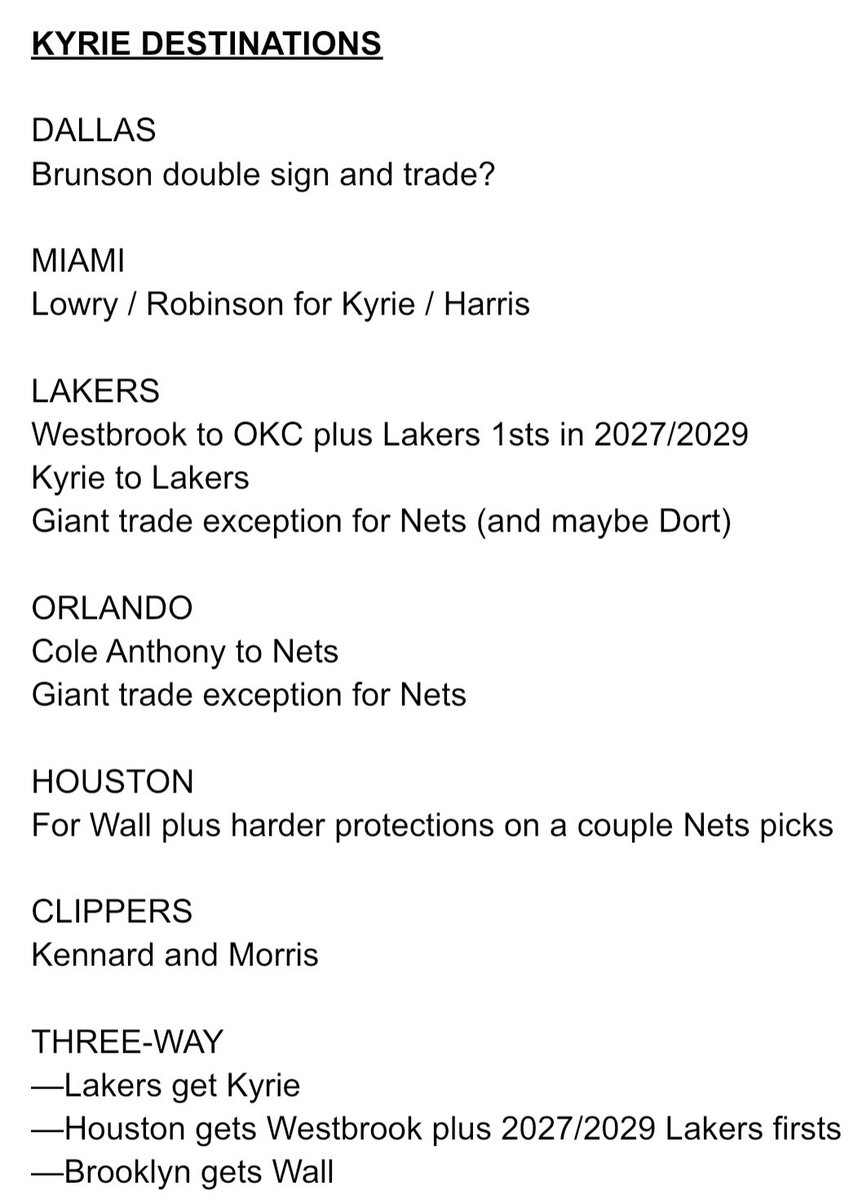 Kristian Winfield @Krisplashed
I often wonder what would have happened if the Nets just let Kyrie be part-time from the beginning of last season instead of playing the game they played. – 11:38 AM 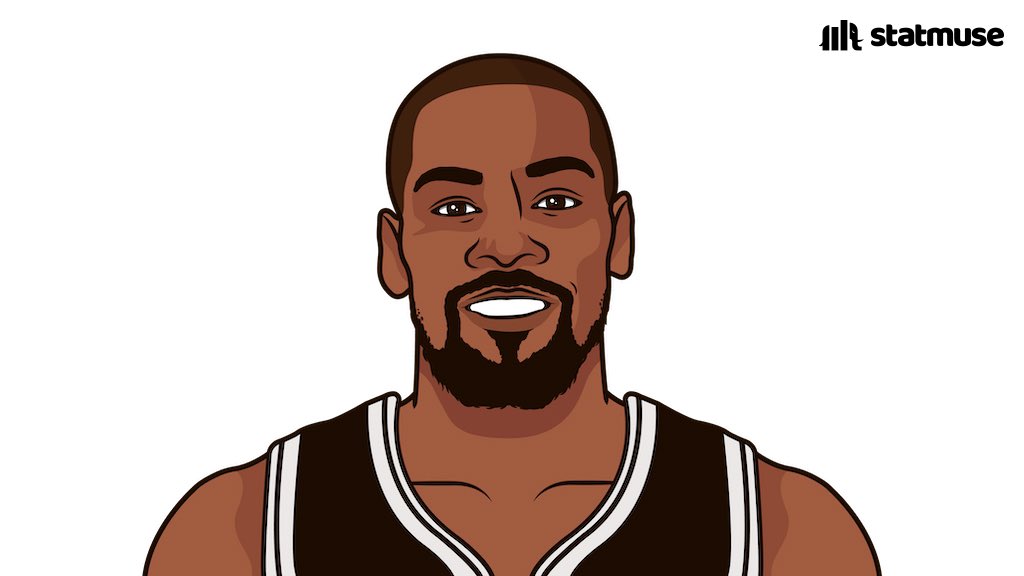 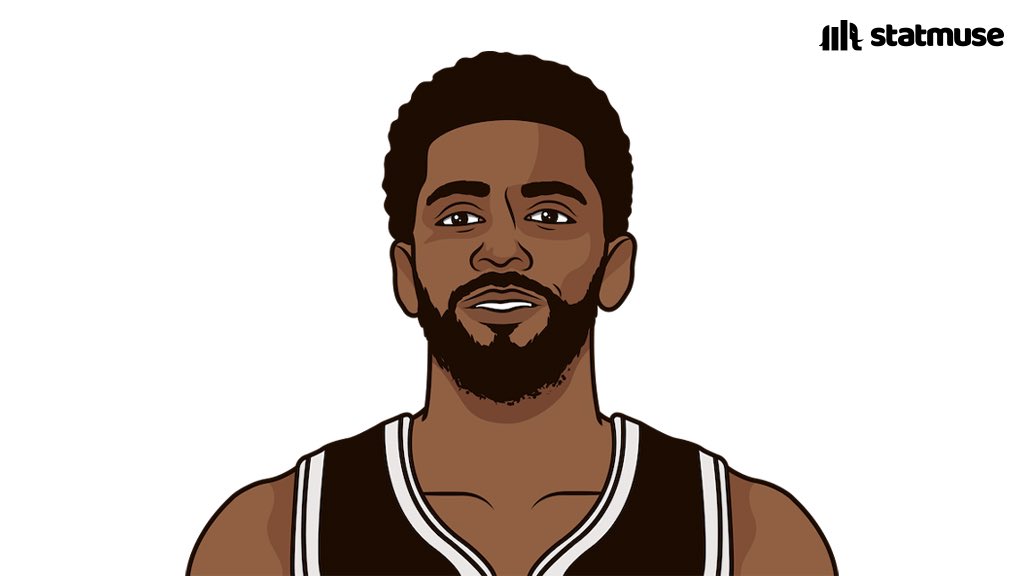 Steve Bulpett @SteveBHoop
So what happens if Kyrie and the Nets don’t work things out?
And, maybe more important, how would Kevin Durant feel after Kyrie gave him the big recruiting pitch for Brooklyn (“Two max slots!”) at the 2019 All-Star game in Charlotte? pic.twitter.com/0TxAMPRubE – 11:24 AM

Alex Raskin @RaskinDailyMail
Kyrie Irving and #Nets are reportedly deadlocked on contract talks and he could opt out of the $37million left on his deal to become a free agent: mol.im/a/10934727 via @MailOnline per: @Shams Charania & @TheAthletic – 11:22 AM

Brian Robb @BrianTRobb
New: Kyrie Irving has reportedly reached an impasse with the Nets in contract talks. A closer look at the domino effect his potential exit could have on Brooklyn and also the Celtics offseason as a whole masslive.com/celtics/2022/0… – 11:22 AM 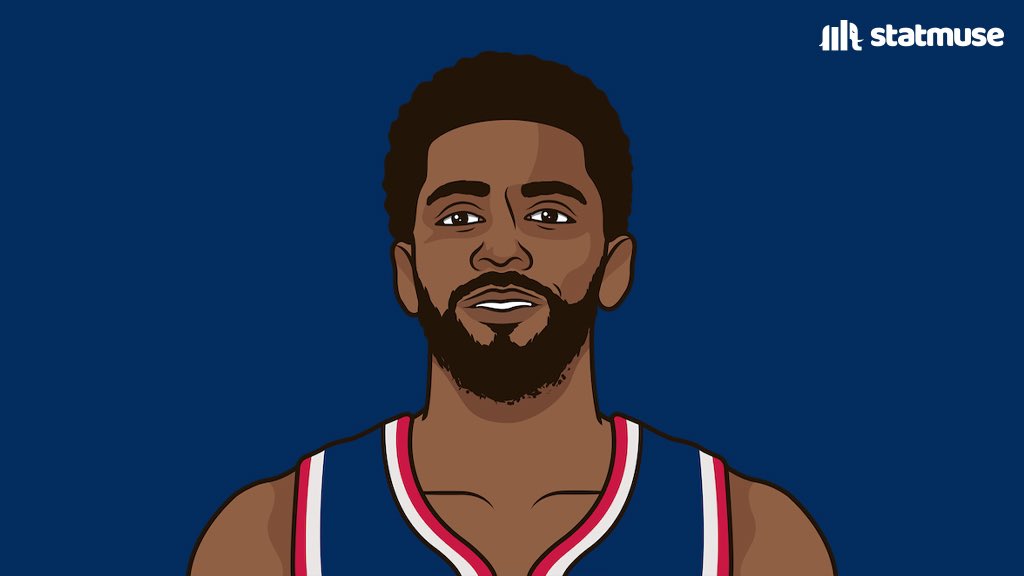 Anthony Puccio @APOOCH
You don’t just get players like Kevin Durant and Kyrie Irving every couple of years. Especially the Nets. – 11:18 AM 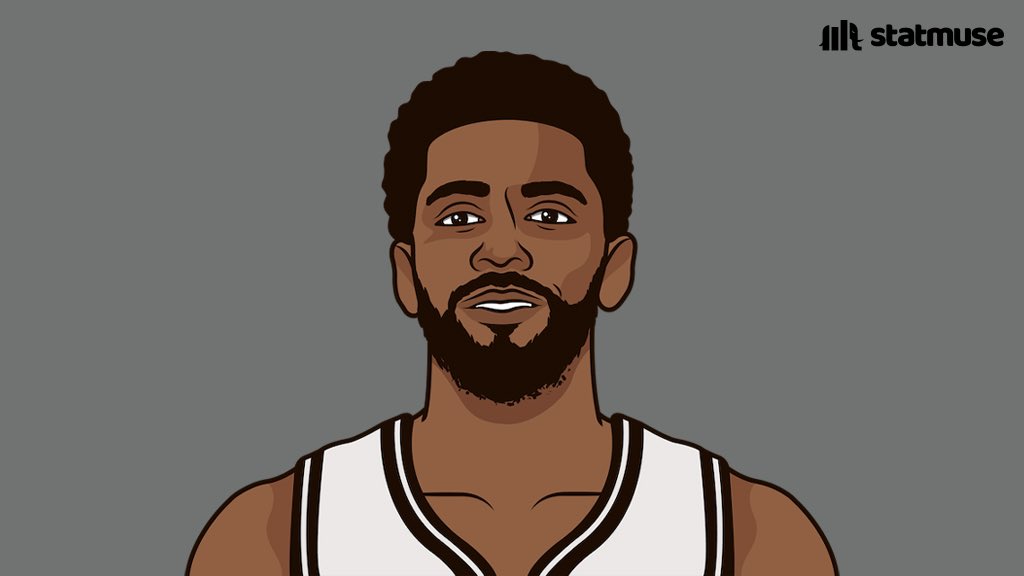 Anthony Puccio @APOOCH
Shouldn’t this kill the narrative that KD is calling the shots in Brooklyn?
Because if that were the case then nobody would be talking about Kyrie Irving right now. – 11:01 AM

Fred Katz @FredKatz
Kyrie would command the max. The Knicks are over the cap. But that hasn’t stopped teams before when they want a guy badly enough.
Story on reported interest in Irving & what the Knicks would have to do to make it happen ($1/mo subscription offer inside): https://t.co/8YYWzSHnlu pic.twitter.com/1ih6RF1N2a – 10:47 AM 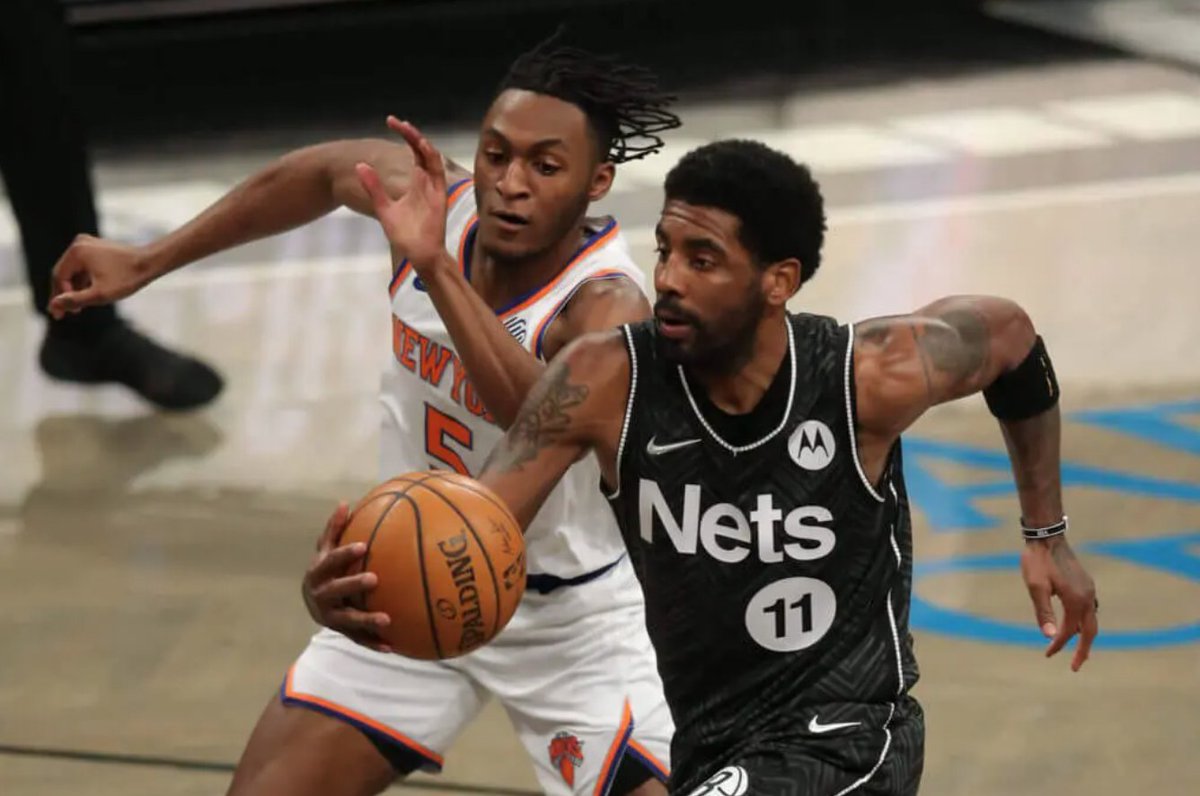 Tommy Beer @TommyBeer
hard not to feel bad for KD, but he’s in a mess of his own making.
Durant chose to leave the comfy confines of Golden State and the chance to spend the rest of his career alongside another all-time great in Steph Curry.
Instead, KD decided to hitch his future to Kyrie Irving. – 10:19 AM

Tommy Beer @TommyBeer
“I don’t really plan on going anywhere,” Irving said. “When I say I’m here with , I think that it really entails us managing this franchise together alongside Joe and Sean .”
lol – 10:16 AM

Keith Smith @KeithSmithNBA
Celtics have Jaylen Brown and Jayson Tatum and made the NBA Finals.
Nets have seven playoff wins in three years of KD/Kyrie and now it all might be breaking up.
I guess Boston did win the trade after all!
(We already knew Boston won that trade about five years ago, yet…) – 9:51 AM

Jake Madison @NOLAJake
Just always has to be something with Kyrie – 9:39 AM

Austin Krell @NBAKrell
KD picking Rudy Gobert over Kyrie and Harden in the All-Star draft is going to be legendary. – 9:28 AM

Jon Hamm @JonMHamm
if the Nets trade Kyrie can he still be part of their management team or would that be frowned upon – 9:27 AM

Austin Krell @NBAKrell
Not exactly a shocker, but there were whispers some time ago that Kyrie wanted to go to the Lakers. Kind of died down when reports surfaced that there was confidence he and the Nets would figure it out. – 9:24 AM

Shams Charania @ShamsCharania
Sources: Kyrie Irving, Nets are at impasse in conversations about his future in Brooklyn, clearing way for the seven-time All-Star to consider the open market. Lakers and Knicks expected to emerge among potential suitors.
Inside Pass at @TheAthletic: theathletic.com/3373269/2022/0… – 9:15 AM

Amid great anticipation regarding Detroit’s intentions with Jerami Grant (will he finally be traded?) and whether the Pistons will indeed pursue marquee free agents like Ayton or Dallas’ Jalen Brunson, league sources say that the Pistons have very strong interest in re-signing the recently acquired Marvin Bagley III. The former Sacramento King made a positive impression in his half-season in Motown. -via marcstein.substack.com / June 20, 2022 Sources say Detroit has also been weighing the free-agent pursuit of Dennis Schröder as a more cost-effective option for the Pistons’ backcourt. Detroit, furthermore, has been frequently linked to Knicks free agent big man Mitchell Robinson, who remains eligible for an extension with New York through June 30. -via marcstein.substack.com / June 20, 2022 Chase Hughes: Wizards president Tommy Sheppard in the context of improving his team’s defense: “We need more dogs.” -via Twitter @ChaseHughesNBCS / June 20, 2022