Keith Smith @KeithSmithNBA
It’s that time of year, so it’s double @FrontOfficeShow today! In the first episode @Trevor_Lane & I talked Kyrie leaving BKN maybe, Beal made a decision (sort of), Atkinson backed out on CHA and more! Watch, like and subscribe below to stay in the know!
youtu.be/QWP3RqvKbLM – 2:26 PM

Ryan Ward @RyanWardLA
Bradley Beal odds have surfaced regarding his next team. Lakers sit at 8-1, with the Celtics favored at 3-1, via @SportsBettingAG: pic.twitter.com/pAu6wVU36M – 12:47 PM

Chase Hughes @ChaseHughesNBCS
Wizards president Tommy Sheppard is addressing the media right now, says he feels Bradley Beal is much closer to the player he was two years ago than he was last season. Also, “we have no problem playing Bradley Beal at point guard.” – 11:53 AM

Quinton Mayo @RealQuintonMayo
“I know Bradley Beal is the kind of guy you build your franchise around.”
– Tommy Sheppard – 11:51 AM

Quinton Mayo @RealQuintonMayo
“I think one of our best defenders is Bradley Beal — we’ve asked him to do a lot over the years.”
– Tommy Sheppard – 11:49 AM

Kurt Helin @basketballtalk
Bradley Beal says he has decided his playing future, but won’t reveal it, yet nba.nbcsports.com/2022/06/19/bra… – 4:00 PM

Neil Dalal @NeilDalal96
Deuce and Braylon Beal with a fan 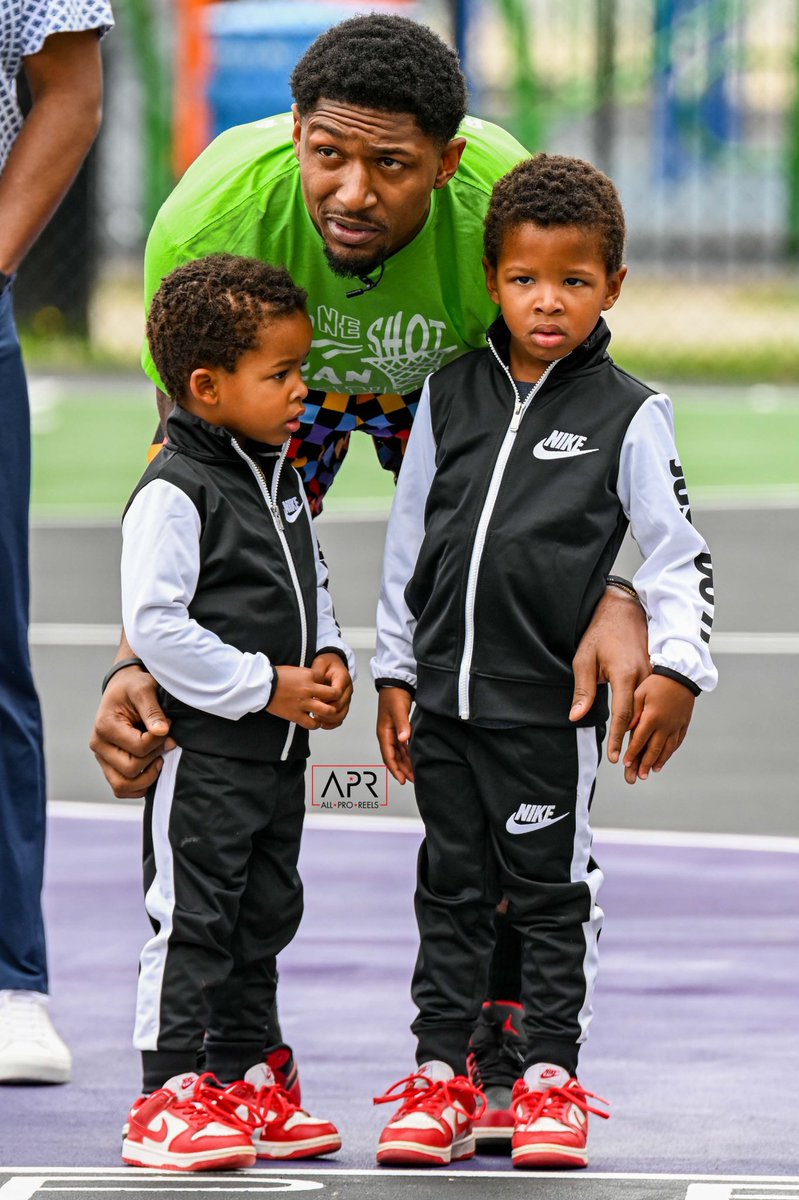 Bradley Beal @RealDealBeal23
THANK YOU, @hoopforall and the D.C. fam for an amazing day 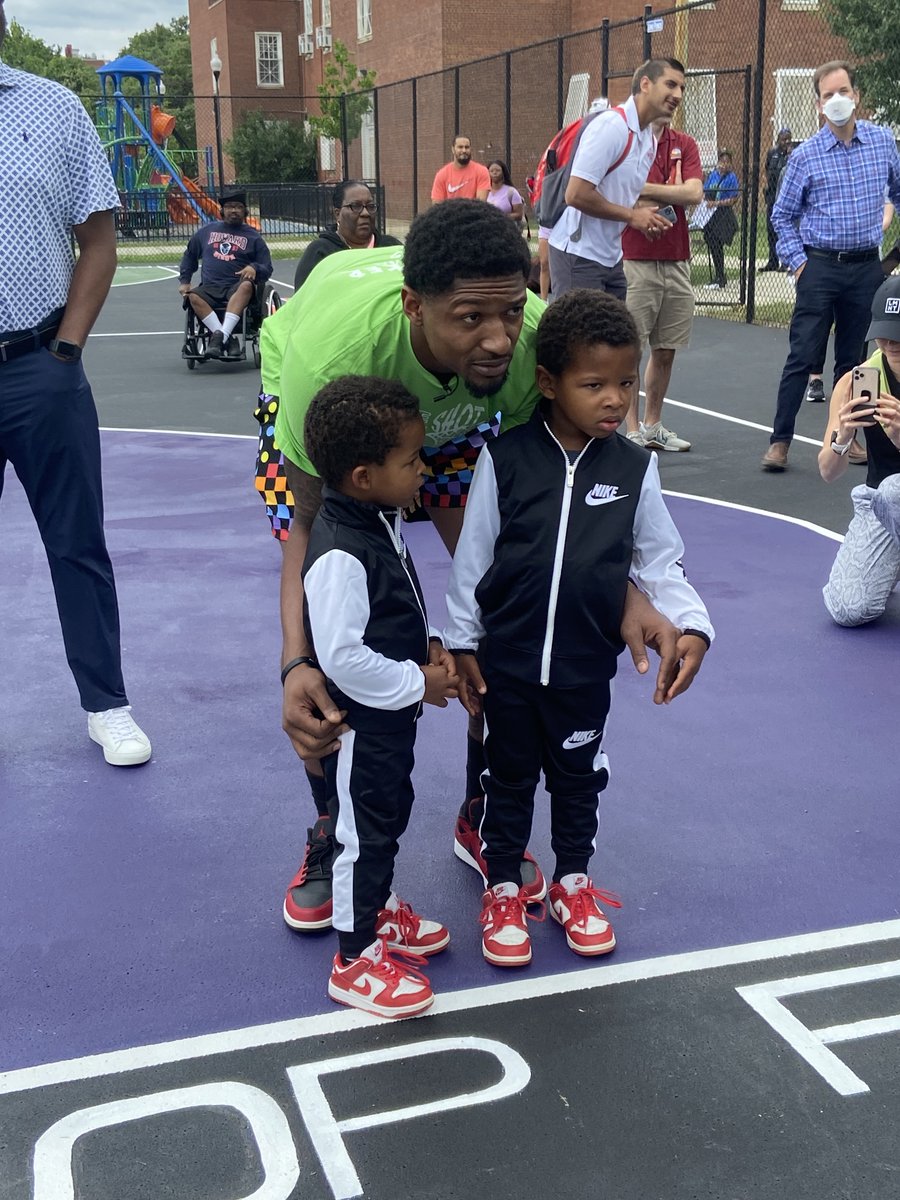 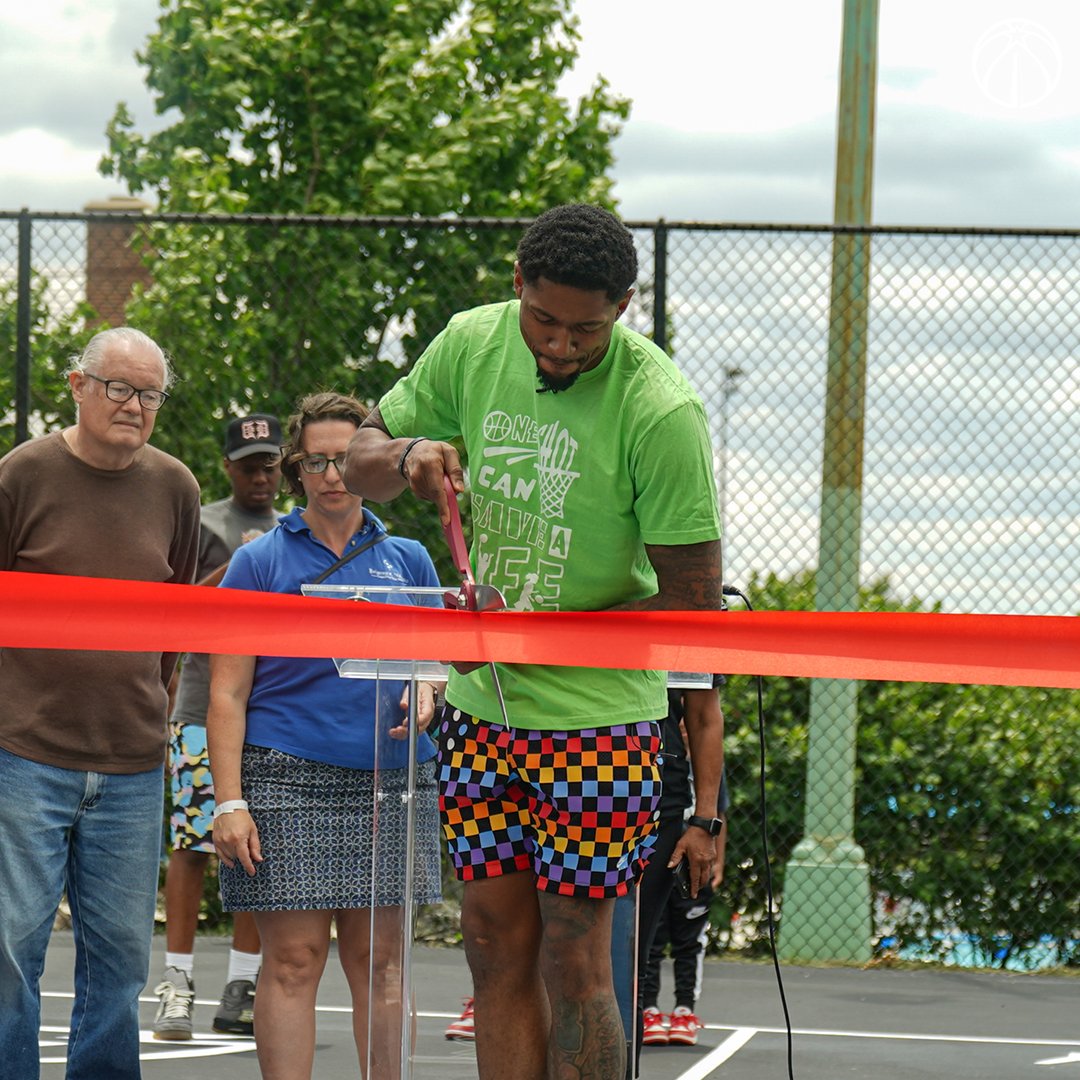 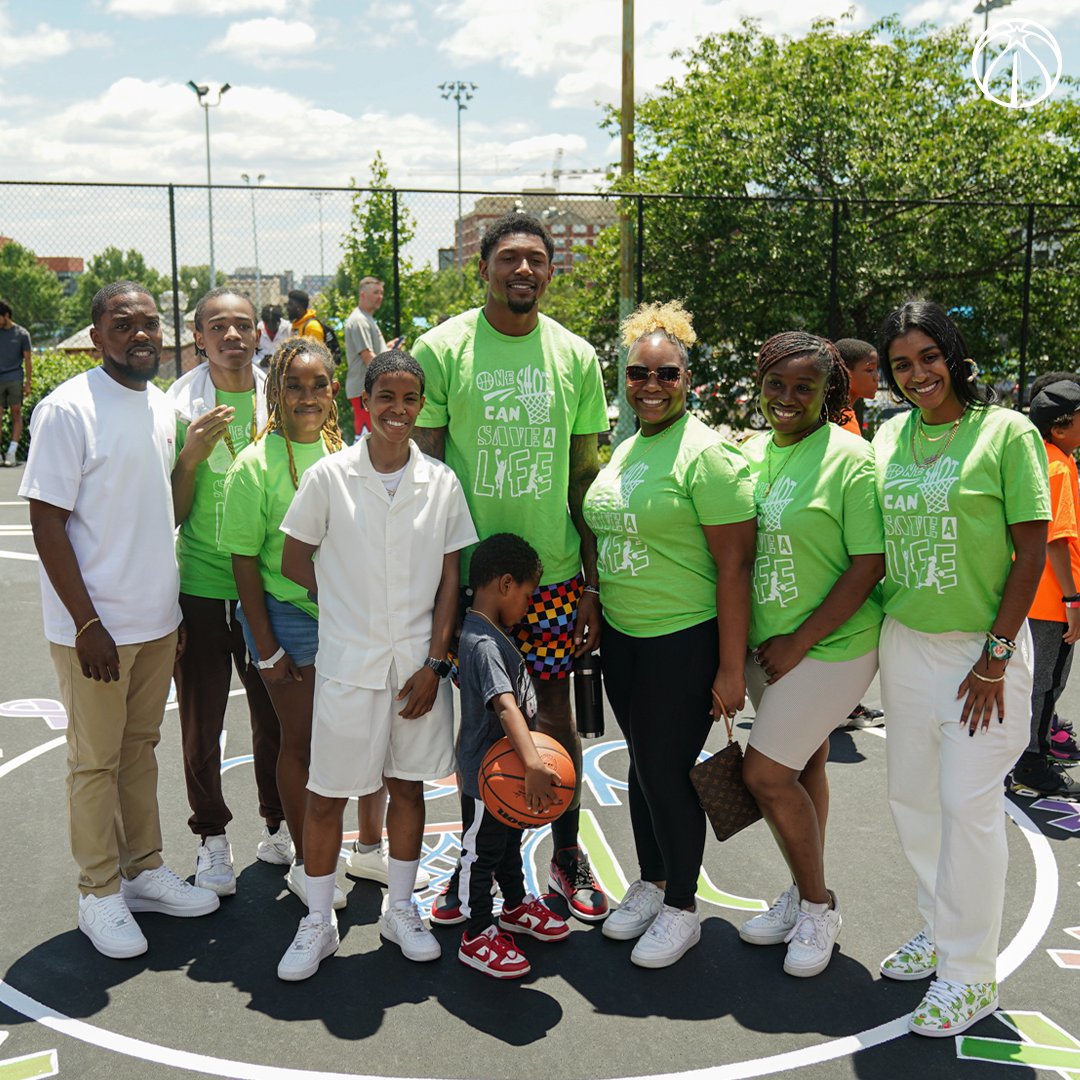 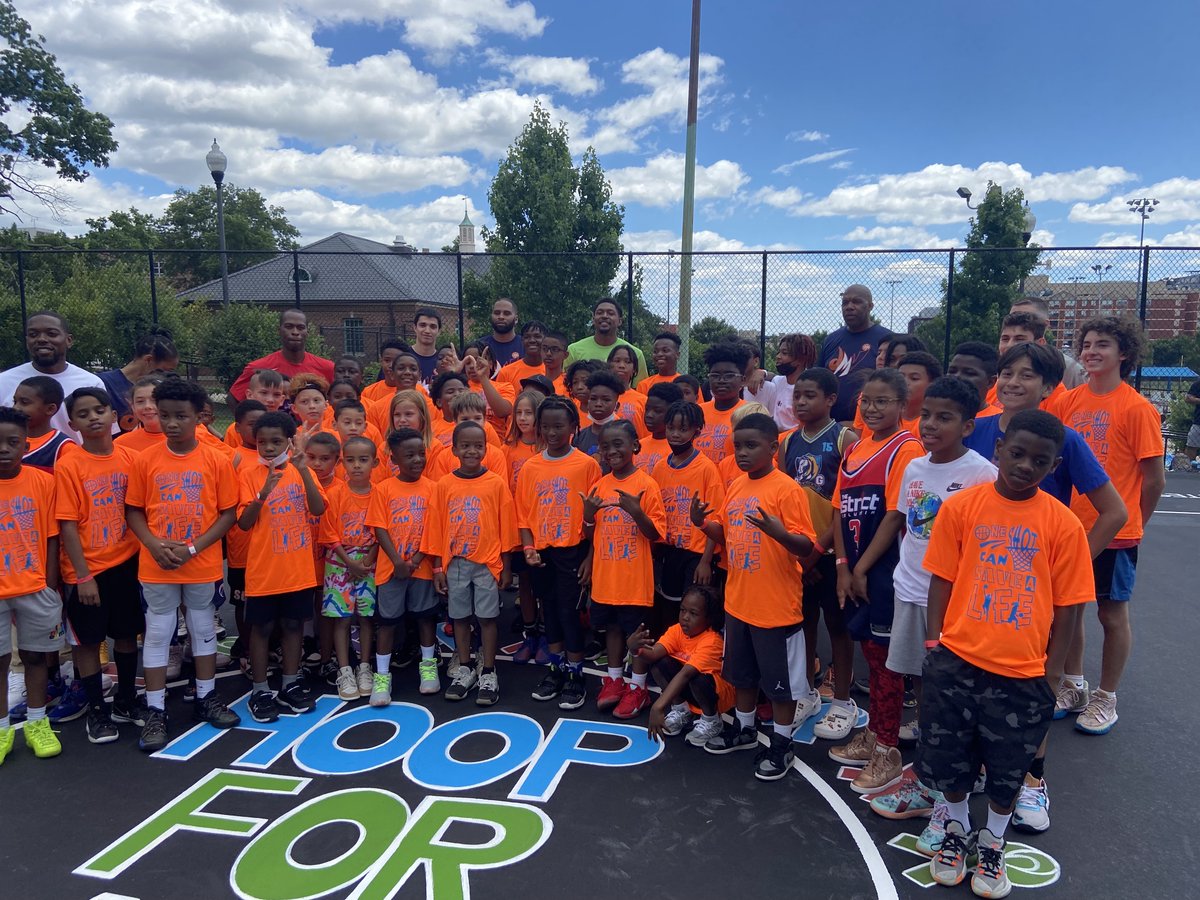 Brady Hawk @BradyHawk305
How do we feel about starting up the article series of free agent/trade options basketball fits with the Heat?
From Beal to Mitchell to low level free agent
More of that content or will I get yelled at for getting hopes up? lol – 8:50 PM

Quinton Mayo @RealQuintonMayo
Bradley Beal says he started on court work yesterday for the first time this offseason. His wrist is fine. – 1:43 PM

Neil Dalal @NeilDalal96
Bradley Beal estimates his non-shooting wrist is back to 80-90% healthy as he is now fully cleared for on-court basketball activities. – 1:07 PM

Ava Wallace @avarwallace
At the opening of the Banneker refurbished courts, Bradley Beal says he had his first “real” on-court workout yesterday. Says he’s got about 80% of his range of motion back in the surgically repaired left wrist – 1:04 PM 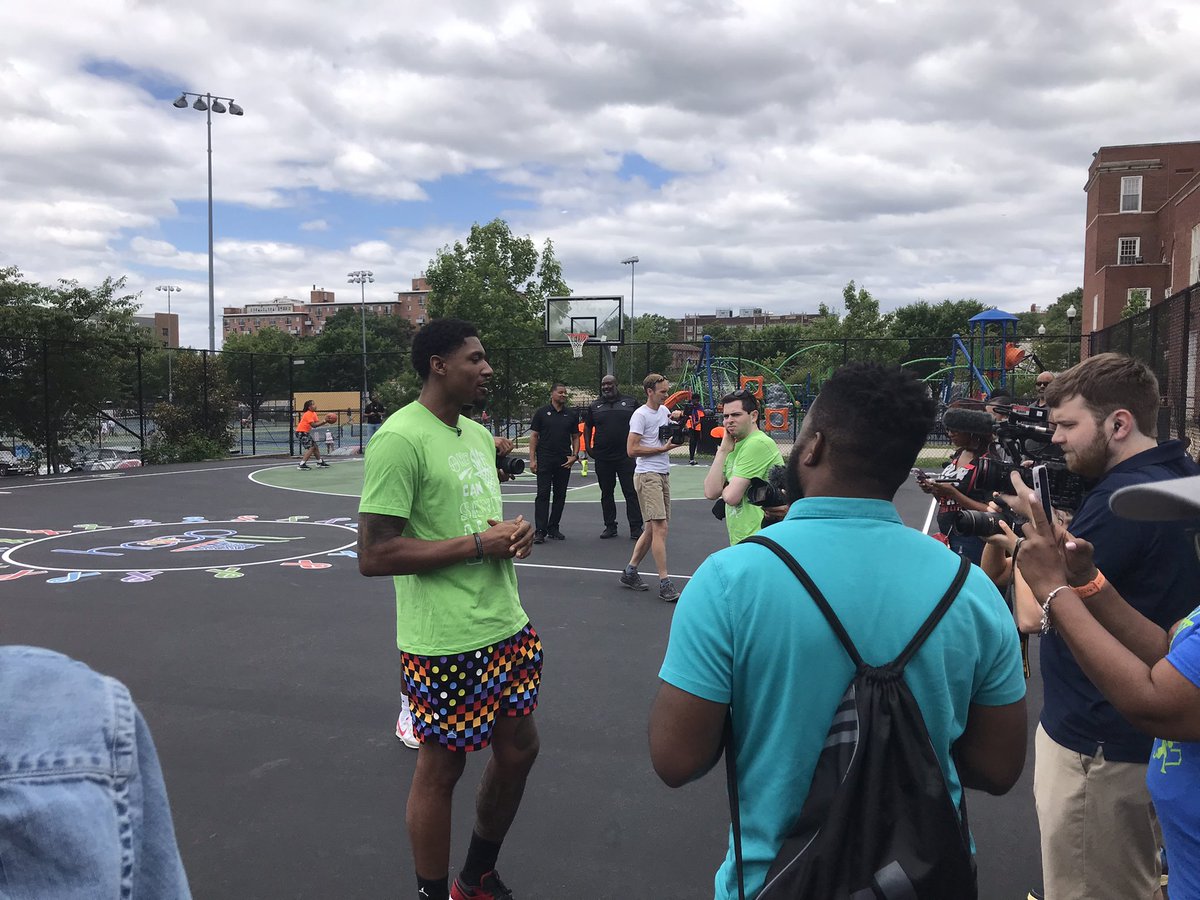 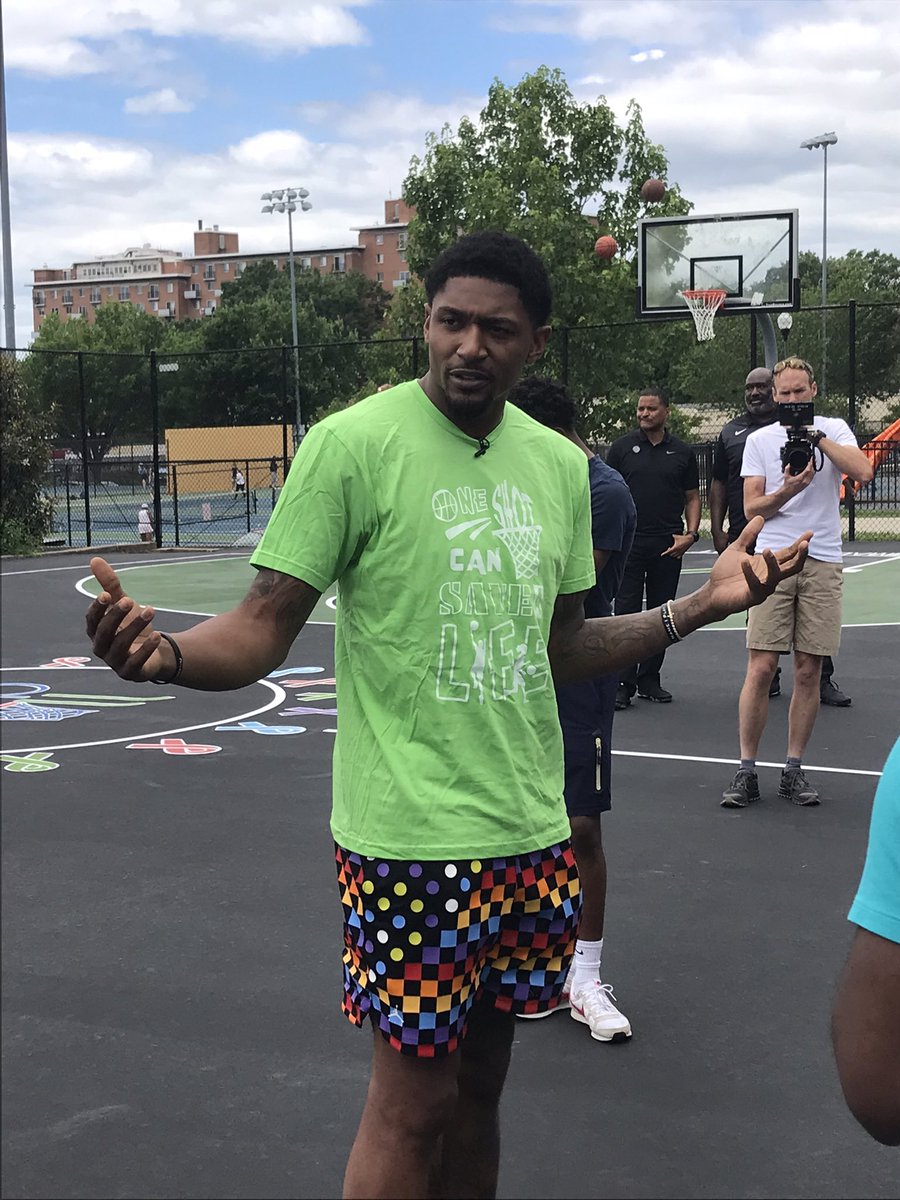 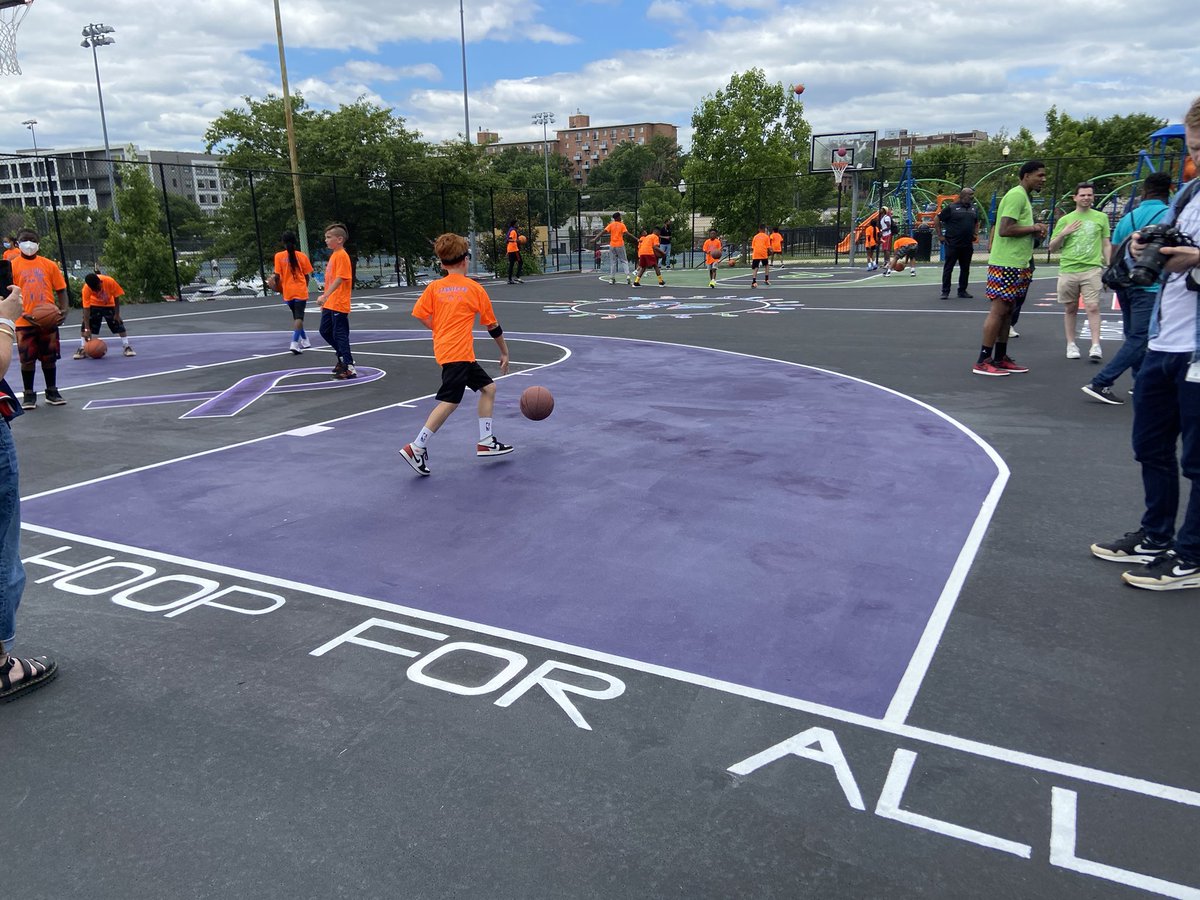 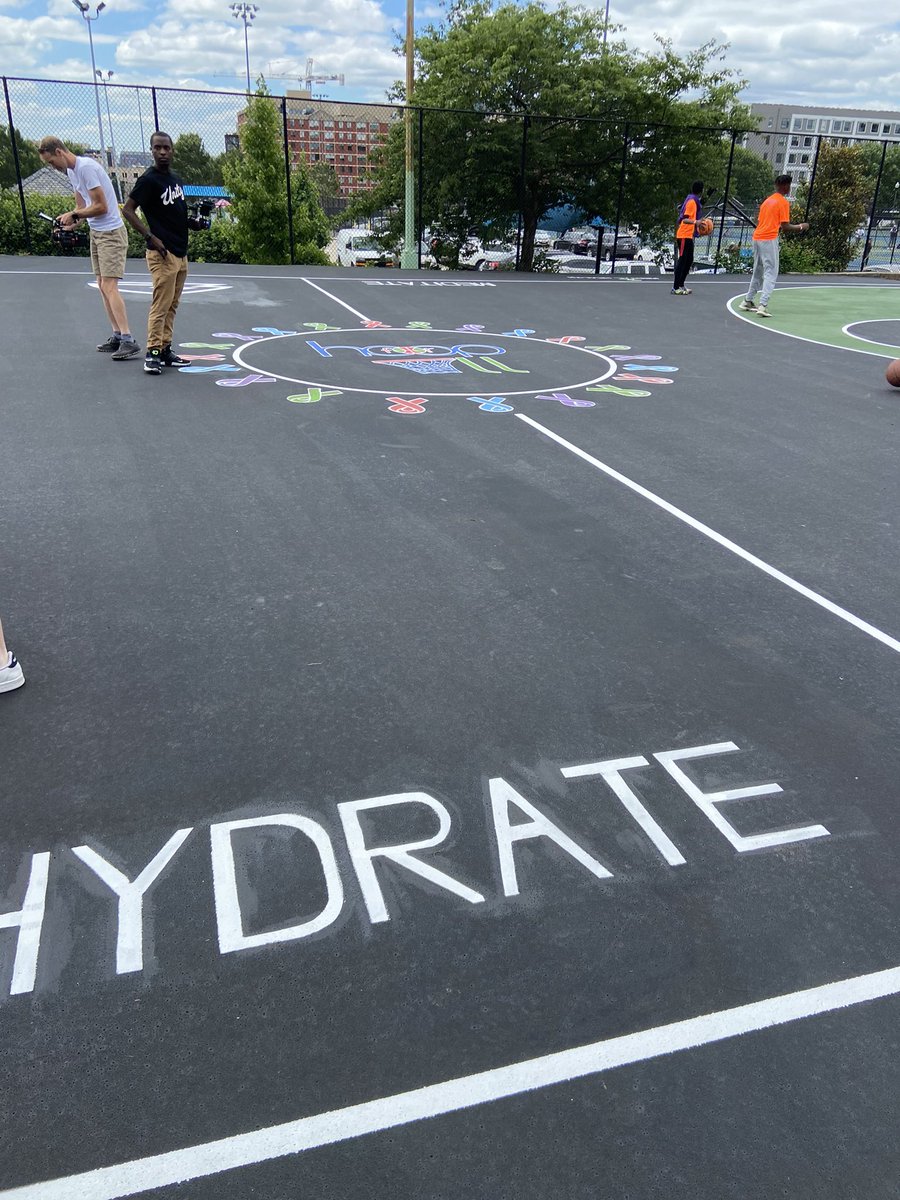 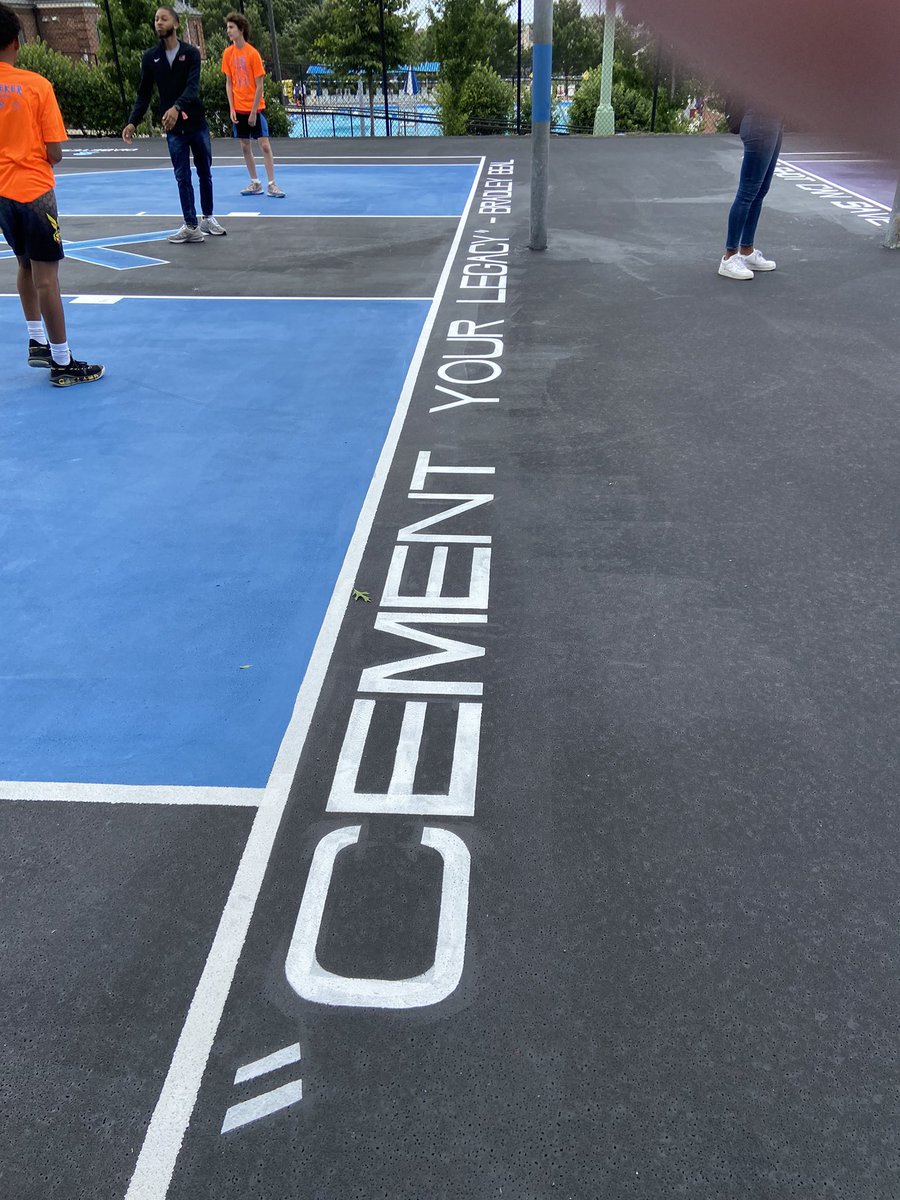 Josh Robbins @JoshuaBRobbins
Here are some looks at the refurbished basketball courts at Banneker Recreation Center here in Washington. The courts will be unveiled formally today by Bradley Beal, the Hoop For All Foundation, the Wizards and city officials. pic.twitter.com/yOvZByMccW – 11:27 AM 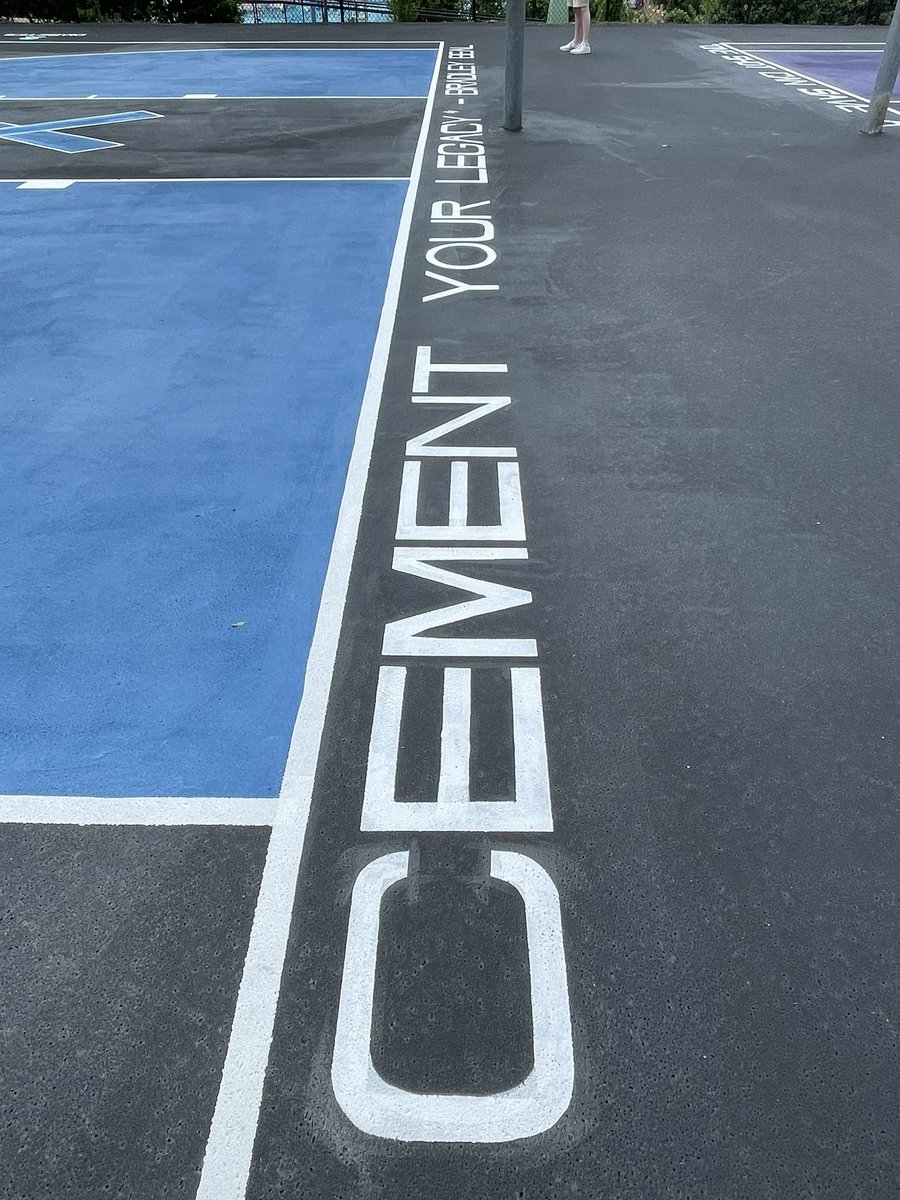 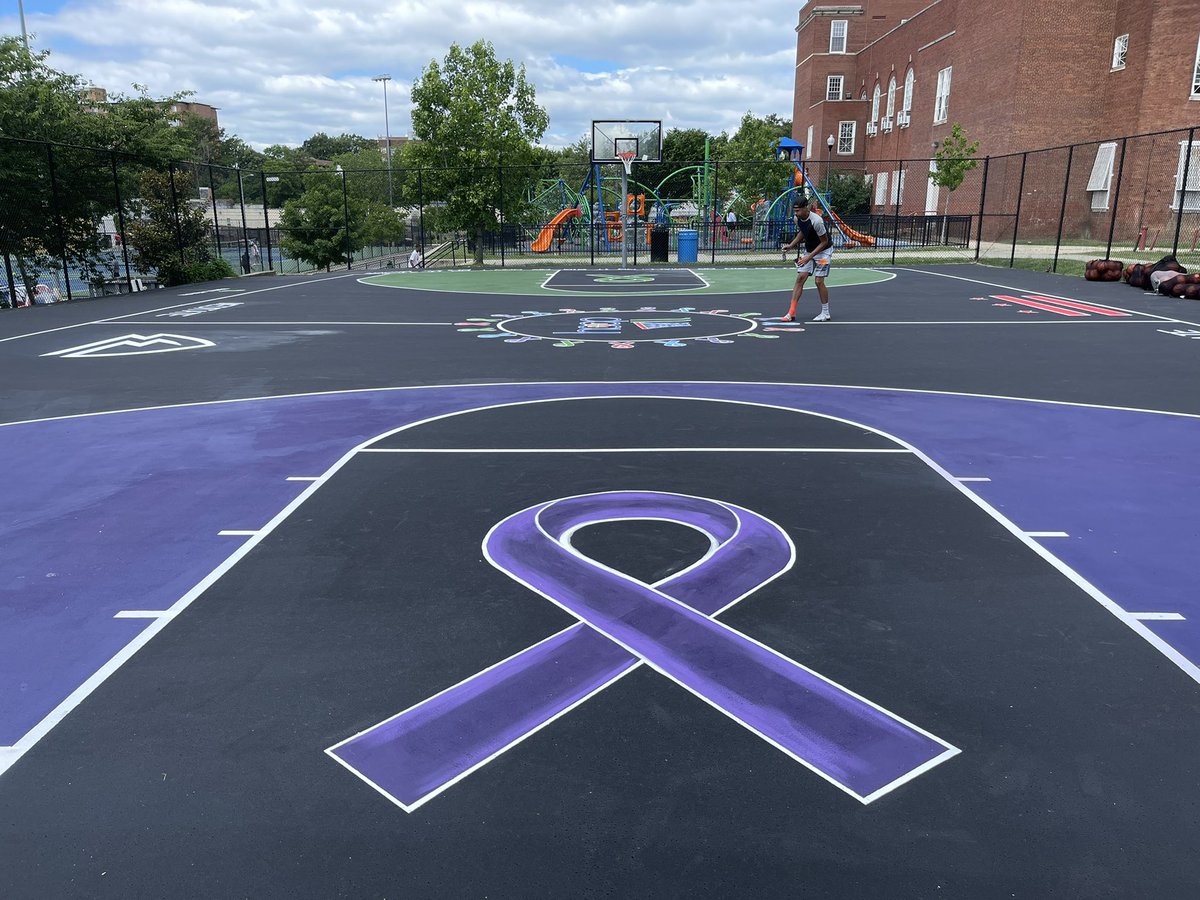 Sam Quinn @SamQuinnCBS
Look, Beal is far better than Russell Westbrook. He’d help the Lakers a lot.
But it really concerns me that the Lakers still don’t seem to have learned their lesson on just accumulating stars and hoping it’ll be enough. No three players are winning it all with 10 minimums. pic.twitter.com/92RJUh6SJR – 5:31 PM 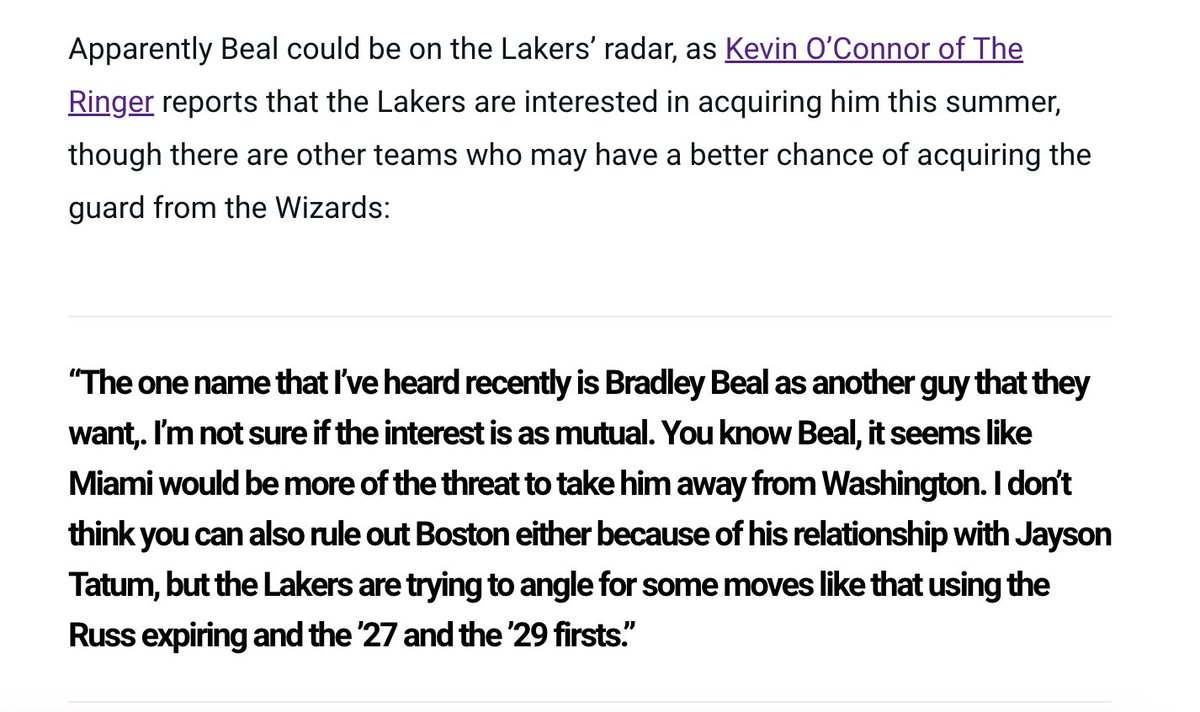 James Boyd @RomeovilleKid
Shaedon Sharpe: “I see myself being one of the greatest players to ever play the game of basketball.”
Said he’s been studying Bradley Beal, Jayson Tatum and Zach LaVine, who he believes he has a similar skillset to. – 12:17 PM

Omari Sanfoka II @omarisankofa
Shaedon Sharpe said growing up, he tried to model his game after Kobe Bryant and Michael Jordan because of their footwork. He currently watches a lot of Bradley Beal and Zach Lavine. – 12:13 PM

Chase Hughes: Wizards president Tommy Sheppard says the fact his team may be trading their first round pick next year due to the Wall/Westbrook deal will not prevent them from trading this year’s pick away. Sounded confident they could acquire another first in the future if needed. -via Twitter @ChaseHughesNBCS / June 20, 2022 Chase Hughes: Wizards president Tommy Sheppard in the context of improving his team’s defense: “We need more dogs.” -via Twitter @ChaseHughesNBCS / June 20, 2022 Quinton Mayo: “We’re going to take the best player available at 10. We can move up, we can move down, those are options. But as I look at it we’re selecting 10. We’ll analyze all our options.” – Tommy Sheppard -via Twitter @RealQuintonMayo / June 20, 2022

Tory MP Chris Pincher groped me as we posed for this picture, claims horrified charity fund-raiser

I hang my head in shame: Kapil Sibal on state of judiciary

Today24.pro
The Untold Story Of Chris Hemsworth US tennis player Taylor Fritz pulled off an amazing diving shot at Wimbledon that was so good his opponent had already started celebrating winning the point UConn lands 4-star shooting guard Solo Ball ‘Our strong bond was the most special part’: top-10 Badminton horse dies, aged 25