KATIE Price look almost unrecognisable as she shared a heavily filtered video with her fans today.

The 44-year-old’s appearance was airbrushed so much she was practically missing her nose.

In the video, Katie seems in great spirits, telling her followers: “Happy Monday.

“Hope everyone has a good week. I know I have got an exciting week. All family, family this week.”

Katie is gearing up for his sister Sophie’s wedding to long term partner Harry this weekend.

Just a few days before Katie once again edited one of her images and appeared not to have nose. 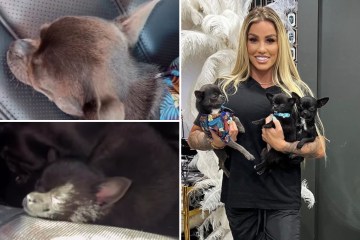 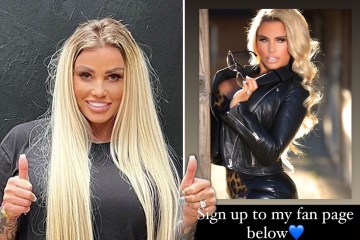 Her fans were gobsmacked at the time, as one wrote: “What the heck happened to your nose with the filter??!!!”

Another added: “Where’s your nose gone?.”

A third added: “Enough with the filters !”

And last week Katie was slammed by fans for posting a heavily filtered video of her seven-year-old daughter Bunny.

It made Bunny look like she had a full-face of make-up on while wearing her school uniform.

Molly-Mae Hague kicked out of Dubai beach club by security

One fan replied: “So cute but why put a filter on her?”

Another asked: “Has Bunny got make up on? Why have you put makeup and filter on your child?”

Someone else said: “Filters on a kid, geez.”

It’s not the first time Katie has been criticised for using filters on her children.

Today24.pro
Fulton vs Akhmadaliev next is a no-brainer, but will we get it? A 757-acre Scottish island that comes with a mansion and a whale skeleton nicknamed 'Bony Dick' is on sale for just over $2 million Royals vs. Athletics Friday game thread Canelo Alvarez blasts ‘a**hole’ Gennady Golovkin as he prepares for third fight with boxing rival