BACHELOR star Tia Booth has revealed she is pregnant with her first child just months after her father’s tragic death.

Tia announced her pregnancy with a maternity shoot photograph along with a tribute to her late father on Instagram shortly before it was deleted by the platform.

Tia, 30, captioned her black-and-white photo: “This has undoubtedly been my most challenging season thus far.”

Us Weekly first reported the photo featured Tia resting her head on her fiancé Taylor Mock’s shoulder as he wrapped his hand around her waist.

She also included a photo of her late father holding her as a baby in his arms.

Read More on The Bachelor 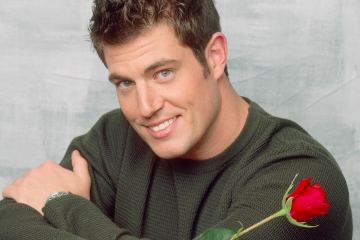 Everything you need to know about Bachelor nation's host Jesse Palmer 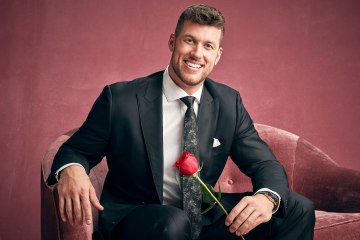 A look at the winner of The Bachelor season 26

She continued in her caption: “I’ve never felt such overwhelming sadness and pure joy at the same time. It’s been difficult to be grateful for the good as if one of the most important people in my life is missing the celebration.

“While I wish I could tell my dad all the good news in person, it brings me peace that he knows about it long before I do.

“Welcoming a new little life while mourning the loss of another proves that high emotions can exist simultaneously, and I have no doubt my dad had a hand in this.”

Tia told fans about her father’s death in February.

She broke the news by sharing numerous photos of herself and Kenny over the years.

Alongside the photos, The Bachelor alum began: “Thank you Daddy for teaching me how to protect myself, how to take a shot of tequila, and most importantly how to be an independent woman that doesn’t rely on anyone else for success (except you when my car breaks down).”

She then revealed his cause of death, writing: “After a year-long fight, I’m so thankful you’re free from cancer’s evil grip. Keep an eye on me & Mama and keep on dancing in Heaven.”

Tia signed off the message by calling herself “your little girl.”

Now that the news is out, Tia has been open to her fans about her pregnancy so far.

She modeled a mini dress on her Instagram Story and captioned the video: “I didn’t know that clothes just stopped fitting this early. Bye, bye, mini skirts and jeans!”

Tia added: “I am so glad this is all out in the universe now. A few people noticed my ultrasound photos on the fridge last week. People have been asking if I’m pregnant for the last few years, so it’s nothing new.”

She continued to tell her fans: “The level of tired is just so different. I’m a tired person anyway, but this is wild.”

A former contestant on season 22 of The Bachelor, Tia Booth made her return to the franchise as a member of season 5 of Bachelor in Paradise back in 2018 and also season 7 in 2021.

Tia, who previously competed for a ring with Arie Luyendyk Jr. on The Bachelor, got engaged to Taylor two months after he father passed away.

Taylor proposed to Tia on a Bachelor segment in Atlanta.

The couple became public with their relationship back in October 2021.

Tia currently works as a physical therapist and is a native of Weiner, Arkansas.

She graduated with her degree from Arkansas State University.

Tia got her start in The Bachelor franchise on season 22 with Arie Luyendyk Jr. but was eliminated after week eight.

According to her Instagram bio, she currently resides in Nashville, Tennessee.

An AI model predicted crime in US cities a week before it happened. It was right nine times out of 10.

Swimmer in critical condition after water rescue in east Austin