LAST YEAR was a monster 12 months for boxing and you can expect more of the same in the first part of 2022.

And earlier this year we had Tyson Fury’s knockout win over Dillian Whyte, as well as Dmitry Bivol’s shocking decision victory against Canelo Alvarez.

And later this year, Canelo is back in action in a huge trilogy match-up with Gennagy Golovkin.

Check out SunSport’s extensive boxing schedule for 2022 below… 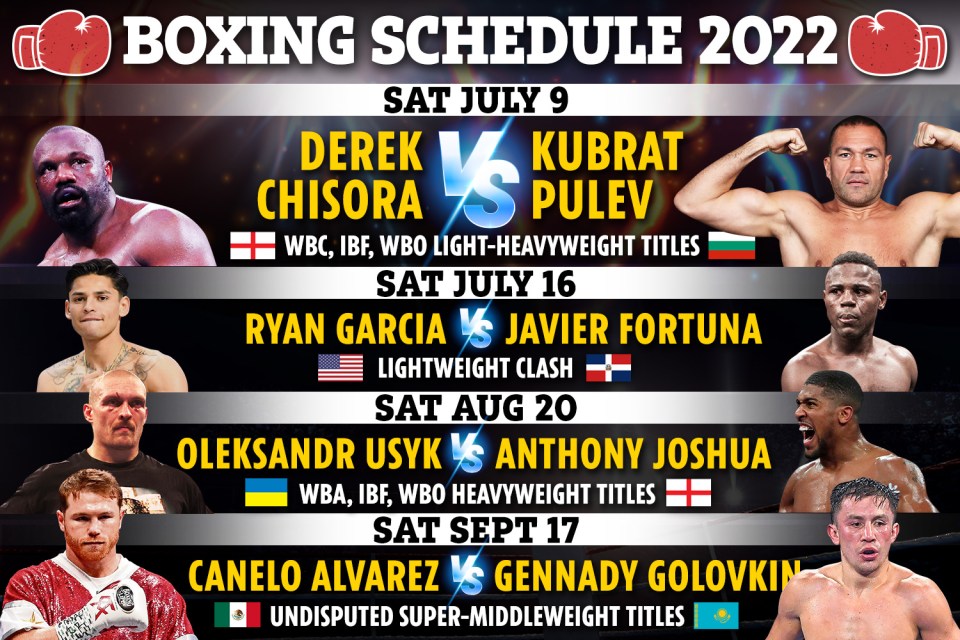 ‘In a class by himself’: Fighters react to Alexander Volkanovski’s shutout of Max Holloway at UFC 276