FORMER Love Island contestant Zara McDermott has claimed one of the most iconic moments of the show is set up.

Zara, who appeared on the ITV2 series in 2018, has been grilled about the moment Islanders declare ‘I’ve got a text!’ by her boyfriend Sam Thompson.

Her boyfriend Sam Thompson was stunned by the revelation[/caption]

The 25-year-old admitted that the contestants are pre-warned by show bosses that a text is incoming before someone’s phone pings.

Lounging on the sofa, Sam records himself as he asks Zara: “Question, about the text.

She tells him: “Just the done thing.” 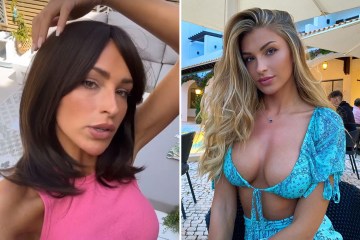 Zara McDermott looks unrecognisable as she poses in short wig 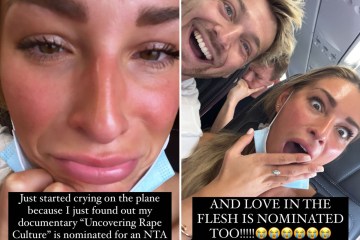 But then he asks: “Do you know you’re about to get a text? Because they’ve all got phones in their hands. They’re not just holding them all day.”

Getting excited, he says: “So they do get told? Do they go, ‘Look guys, sit on that bed, you’re about to get a text’.”

Zara explains: “They would be like, ‘Maybe you should all have your phones in your hands…”

At that moment, former Made In Chelsea star Sam jumps up and screeches: “Ohhh so it’s implied! I love it!”

Zara was working as a Government adviser before appearing on Love Island as a late ‘bombshell’ arrival.

She met fellow Islander Adam Collard on the show and they dated for eight months once the series had finished.

The following summer, Zara began dating Sam Thompson and admitted they were “inseparable” from the moment they met.

Since leaving the villa, she has forged a career as a documentary maker and TV presenter, earning herself two BAFTA nominations.