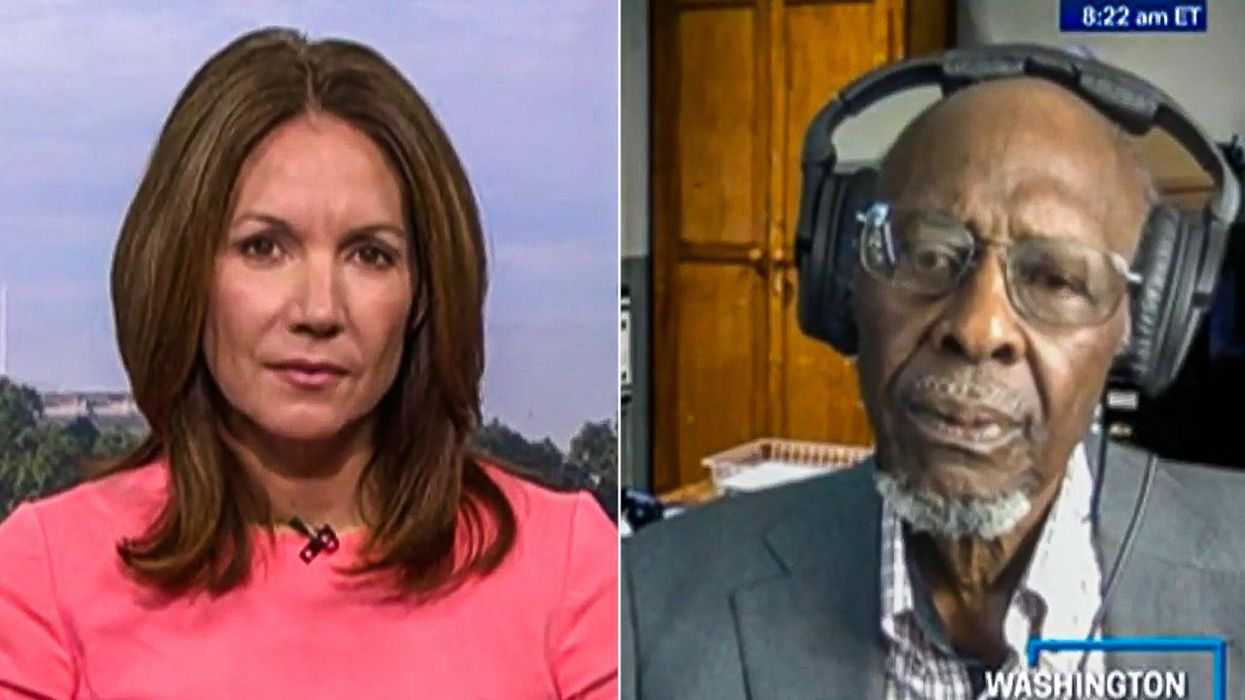 C-SPAN celebrated Juneteenth and the end of slavery in the United States by booking a guest who opposes Affirmative Action and denies the existence of systemic racism.

A caller on C-SPAN's Washington Journal took issue with the "narrative" of author William Allen, a former appointee of President Ronald Reagan.

"There are multiple problems in your narrative as you opened this show," the caller said. "You talk about the progress that Black people have made. What you fail to realize is that racism, specifically white supremacy racism directed towards Black people through the entire history of this country is the thread that runs through the fabric of this country."

The caller observed that racism in the United States is "still clearly evident" by pointing to the murder of George Floyd.

"To the credit of our Black ancestors, we've had to fight this racism for 450 years," he added. "And we're still fighting it today. But you on this program today talk about all these other things and minimizing the effects of racism in America is extremely problematic."

Allen argued that the "poison" of anti-racism had "infected" the caller.

"We can show that the story from 1619 bears all the darkness as ascribed to it in these kinds of comments, but also it bears all the light that has led to lifting the darkness," Allen said. "And the denial of that, the denial that in the United States, those principles and those values take root, that allowed slavery to be overcome is a way of reintroducing the hobbling effects of slavery."

The conservative author said that concern over racism is "more insidious" than slavery itself. He then argued from the perspective of the slavers.

"In slavery, the greatest problem was to keep the slaves from running away," he observed. "Every exertion was established. Federal laws, state laws, police forces, patrols were there to keep people here, keep them in. Since, we have discovered there is no barrier to mobility. And yet we know, Americans are not crowded. No one is rushing to get away."

C-SPAN host Greta Brawner asked Allen to respond to the caller's query about present-day racism in the United States.

"Racism with a capital 'R' is a falsehood," the guest opined. "It is not institutional, structural, systematic. That does not mean there are not racists here today, yesterday and will be tomorrow and everywhere on Earth."

"To imagine everything is determined by racism, the capital 'R', is a way of self-mutilation," Allen concluded.

Watch the video below from C-SPAN.

Today24.pro
Canadian Wood Council mass timber fire test performed as expected SANDCAST: Deahna Kraft only knows one speed, ‘All in, or nothing at all’ McGregor vs. Masvidal chances heating up Lonnie Walker to Lakers