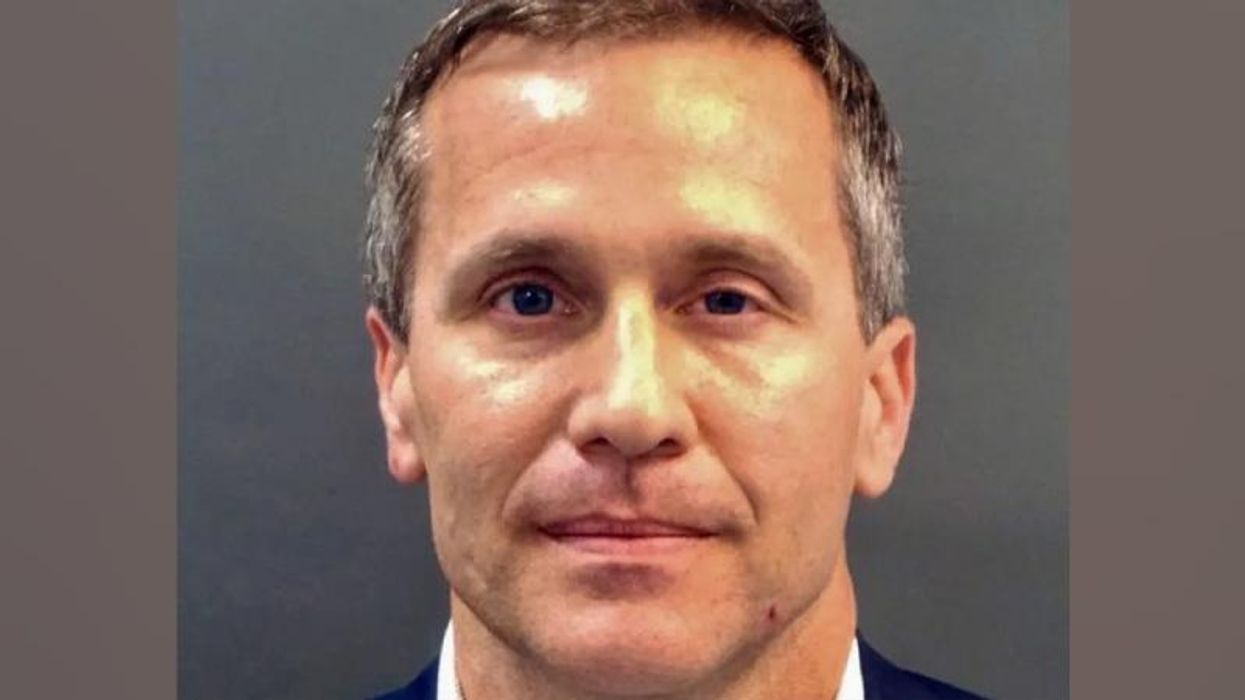 A Missouri Republican raised alarms by tweeting out a new campaign ad depicting a violent raid on a political opponent's home.

Eric Greitens, who resigned as Missouri governor over sexual misconduct and campaign finance allegations, has staked his U.S. Senate campaign on opposition to RINOs -- Republicans in name only -- in hopes of attracting Donald Trump's endorsement, and his new campaign ad reflects that focus on party fealty to the former president.

"We are sick and tired of the Republicans in Name Only surrendering to Joe Biden & the radical Left," Greitens says in the tweet. "Order your RINO Hunting Permit today!"

The ad shows a rifle-toting Greitens, whose wife accused him of physically abusing her and their son, and shows men in military uniforms battering open the door to a house and tossing flash-bang grenades inside, as the former U.S. Navy SEAL walks inside the smoke-filled room with his pitch to voters.

IN OTHER NEWS: ‘She faces a lot of criminal liability’: Legal expert lays out case against Ginni Thomas

"Join the MAGA crew, get a RINO hunting permit," Greitens said There’s no bagging limit, no tagging limit, and it doesn’t expire until we save our country.”

In response to the ad, the Republican Accountability Project, an anti-Trump group formed conservatives, wrote on Twitter: "The MAGA Republican Party is the party of violence — and they’re campaigning on it."

"if you don't agree that donald trump is god emperor we'll send brownshirts to murder you [sic]," added New York Times columnist Jamelle Bouie. "i normally wouldn't broadcast something like this but it is too disturbing not to comment on. just incredibly sick shit [sic]."

"These monsters are going to get people killed. I don’t even know WTF else to say anymore," Kentucky writer Teri Carter said on Twitter after viewing the ad.

Carter later deleted her tweet, which had included the ad. "He's a monster and the vile is too vile to redistribute," she explained.

"A reminder that Eric Greitens was accused of blindfolding a woman, tying her to an exercise machine, snapping a photo of her naked and then using it as blackmail," he remarked. "Maybe he shouldn't do an ad breaking and entering."

Other Twitter users were aghast and many said they reported Greitens for violating the site's prohibition against violent threats.

Today24.pro
Lonnie Walker to Lakers Christian Thun faces Curtis Harper on July 9 ProBoxTV card in Florida SANDCAST: Deahna Kraft only knows one speed, ‘All in, or nothing at all’ Canadian Wood Council mass timber fire test performed as expected