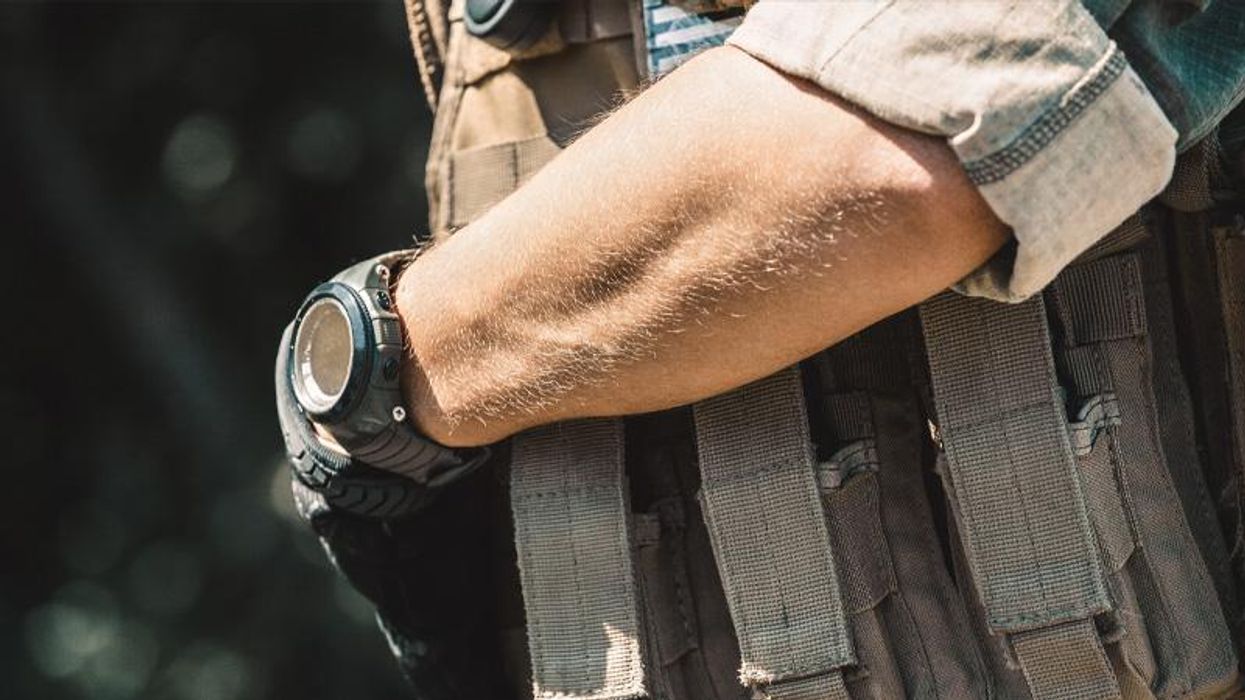 A mob of white protesters was disbanded in Tennessee on Sunday after they turned up at a Juneteenth festival in ballistic gear.

WSMV reported that Franklin police asked the group to leave "after attempting to disrupt the Juneteenth celebration."

In a photo, the group of white men can be seen carrying signs promoting the racist "white replacement" theory. "White Genocide" and "White Lives Matter" messages were printed on other signs.

Police said "another group, who said they were a buffer between festival-goers and the other group, included people who were armed and wearing ballistic vests," WSMV reported.

"Members of each group were also reportedly handing out pamphlets saying they are protesting because 'the anti-white system is committed to our physical genocide' to festival attendees before police arrived," the report said.

The protesters in both groups agreed to leave peacefully and no arrests were made.

Watch the video clip below or at this link.

Birth-control drugmaker Evofem Biosciences has spiked 240% since the Supreme Court's decision to overturn Roe vs. Wade

Today24.pro
Fulton vs Akhmadaliev next is a no-brainer, but will we get it? A 757-acre Scottish island that comes with a mansion and a whale skeleton nicknamed 'Bony Dick' is on sale for just over $2 million Eblen knew he would beat Mousasi at Bellator 282: ‘I expected it’ Canelo Alvarez blasts ‘a**hole’ Gennady Golovkin as he prepares for third fight with boxing rival