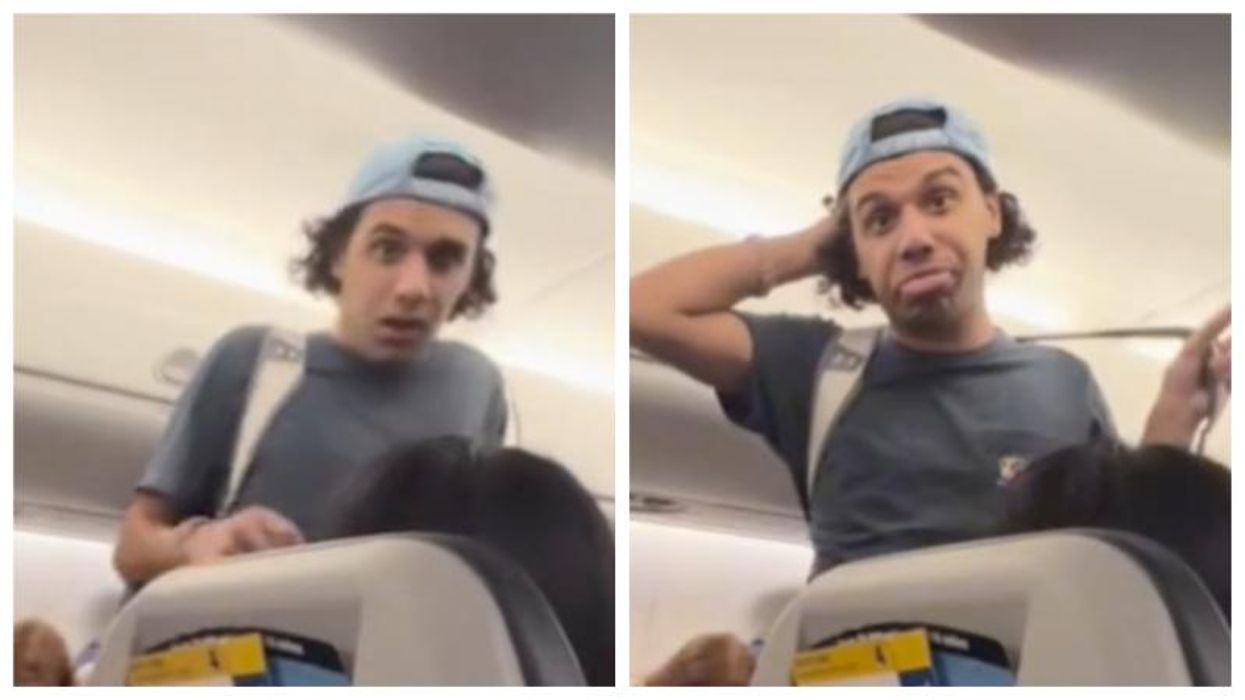 A video posted to TikTok shows a man getting kicked off an airplane after he allegedly became upset over another passenger having a medical emergency. As the man was exiting, he turned to the person who was filming and made some racist remarks.

"This guy got mad that some poor lady was having a medical emergency," wrote the uploader of the video.

In the video, the man raises his middle finger to the camera and says, "Stupid Muslim. This guy's gonna blow up the plane everybody — f***ing terrorist."

The man then tells the person filming, "Get me on TikTok -- do I look good?" and repeatedly blows kisses.

"We have had a big increase in the number of unruly passengers situations over the last few months," FAA Administrator Steve Dickson said during in a hearing before a House panel.

Under the FAA's enhanced compliance and enforcement policy, fines can get as high as $35,000, and the worst behavior could even draw a prison sentence.

The FAA is working "very closely" with airlines and unions representing airline workers "so that we get this under control," Dickson said.

This guy got mad that some poor lady was having a medical emergency. #viral #fyp #karen #karensgoingwild #unitedairlines #racist

Snapchat+ is a new $4 monthly subscription service for 'passionate' users