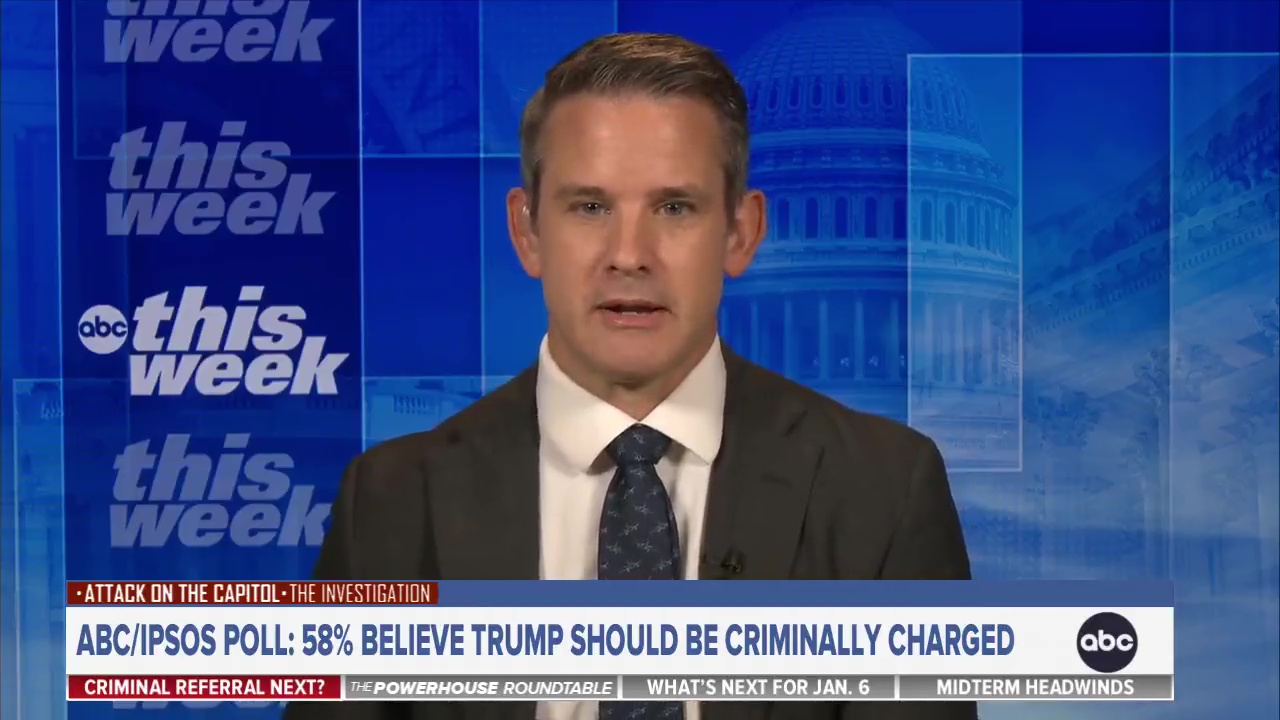 Rep. Adam Kinzinger told ABC News' THIS WEEK, that the Republican Party has failed the American people by continuing to promote the BIG LIE about the 2020 election and Trump is guilty as sin.

Kinzinger replied, "I certainly think the president is guilty of knowing what he did, seditious conspiracy, being involved in these, you know, kind of different segments of pressuring the DoJ, vice president, et cetera.

"Obviously you know we're not a criminal charges committee, so I want to be careful in specifically using that language. But I think what we're presenting before the American people certainly would rise to a level of criminal involvement by a president and definitely failure of the oath. The oath has to matter here. Your -- your personal demand to stand for the Constitution has to matter. And if you have people that don't regard that at all, there is no law in the world that we can pass that's going to make a bit of difference.

Stephanopoulos asked him to explain Republicans denial of what happened on January 6.

"But how do I explain it? It’s leadership, lack of leadership in the Republican Party," the ABC host asked.