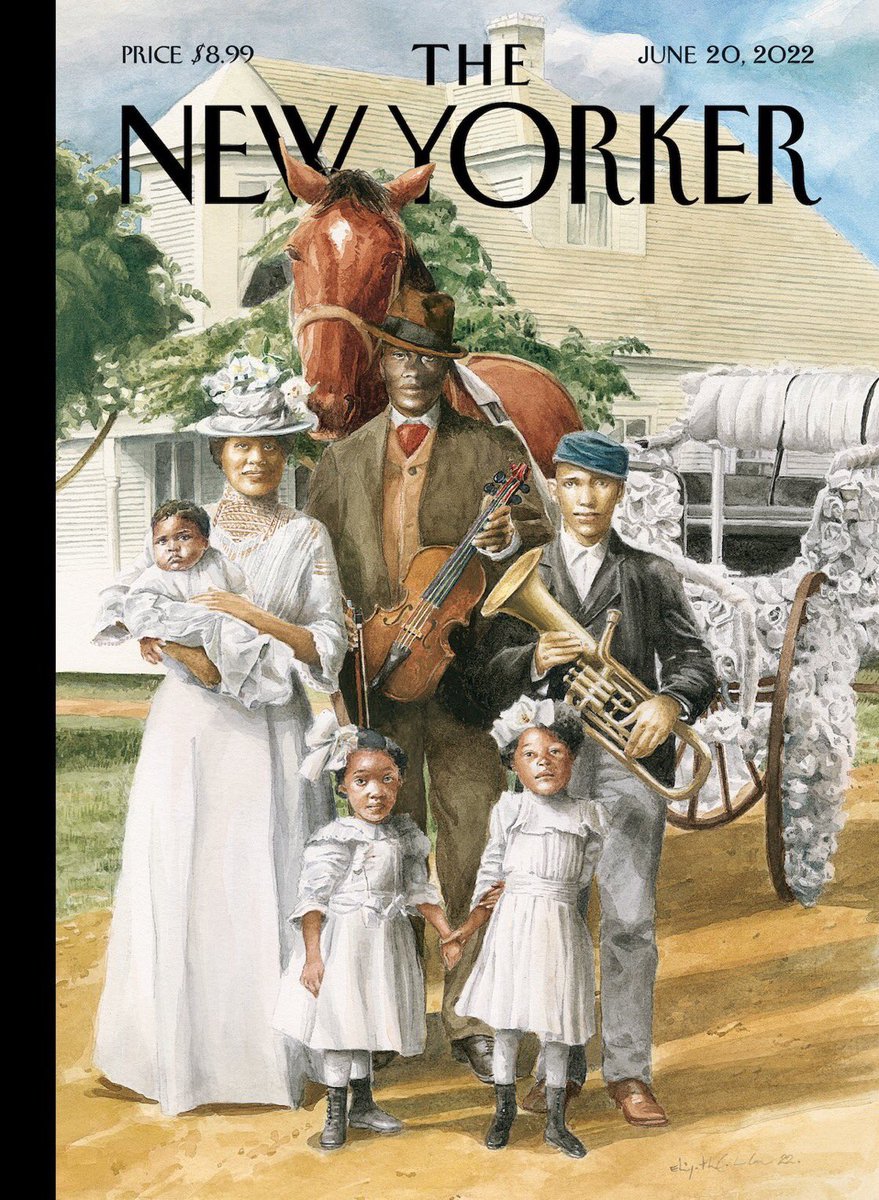 "The people of Texas are informed that in accordance with a Proclamation from the Executive of the United States, all slaves are free. This involves an absolute equality of rights and rights of property between former masters and slaves, and the connection heretofore existing between them becomes that between employer and hired laborer." -- General Gordon Granger

I was talking to someone yesterday about Juneteenth, and she wanted to know why, you know, a white person would want to celebrate.

"Why?" I said. "It's the day that white America finally let go of the last remnants of slavery, an impossibly heavy moral burden. What's not to celebrate?"

It's still appalling that people were kept in slavery one minute longer than they were supposed to, but that just shows the level of resistance white people had to losing the free labor that made them rich.

The real anniversary was yesterday. But this is the first year Juneteenth is a federal holiday, and it's celebrated today.