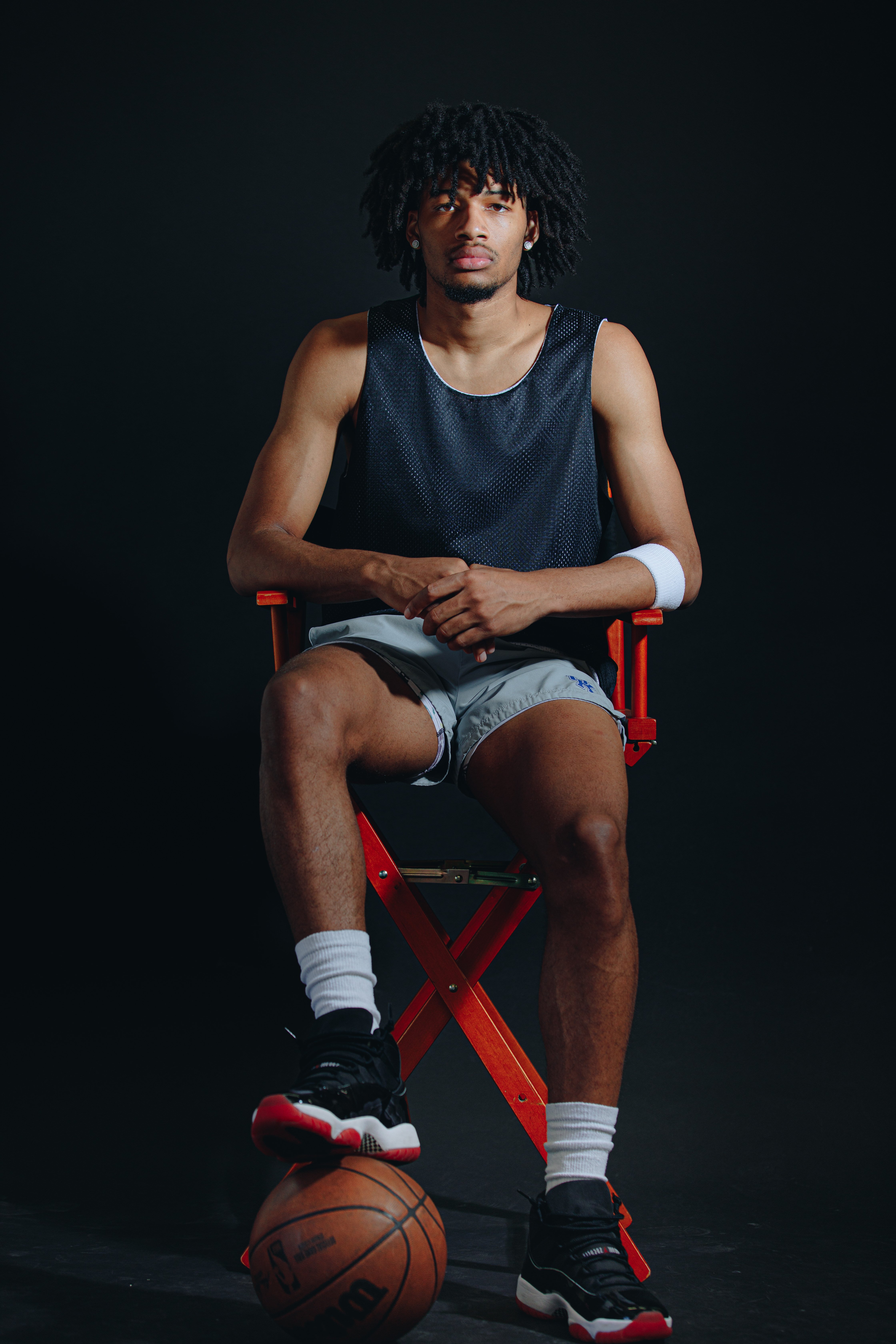 It took a football injury for Shaedon Sharpe to get serious about basketball. Sharpe, who grew up in London, Ontario, spent years juggling both sports—until he broke his leg playing running back the summer before high school. “That made up my mind,” he says. Plus, he jokes, playing football in frigid weather isn’t all that fun.

Four years later, Sharpe—who’s six foot six and plays point guard—is one of the most talked-about young talents in this month’s NBA draft class. In May, Sports Illustrated ranked him the number-five overall prospect, thanks to a combination of his towering height, explosive offensive game and, as of this spring, a vertical jump that exceeds Michael Jordan’s record-setting leap by an inch.

Sharpe’s journey from basketball amateur to draft darling wasn’t a given. He came of age in Canada, a hockey country, where a future in pro ball seemed unlikely. With the help of his uncle and current manager, Dwayne Washington, Sharpe enrolled at Sunrise Christian Academy—a high school in Bel Aire, Kansas, that offers a Nike Elite basketball program. The first wave of homesickness was tough; Sharpe missed his parents, sister and brother terribly. “That’s just one of the sacrifices I had to make,” Sharpe says. The payoff was honing a faster-paced, more physical game.

After a year at Sunrise, Sharpe headed to Dream City Christian School in Glendale, Arizona, and played alongside Kendall Brown, a five-star recruit for the Baylor Bears. “He really helped me improve my defence, especially as a bigger guard who could jump and shoot,” Sharpe says.

RELATED: Game On: The rise (and rise) of Felix Auger-Aliassime

The turning point was Sharpe’s January enrolment at the University of Kentucky. He trained with the Wildcats all spring but hadn’t played in a single game before entering the draft in late April. “My whole mindset coming in was just to practise with guys and work on my craft,” Sharpe says. Still, he’s keeping his options open, maintaining his eligibility to return to Kentucky next season.

Few teenagers rise to such great heights just four years after a game-changing injury—and Sharpe knows it. “I never figured I’d be in this position,” he says. Regardless of how the draft shakes out, to Sharpe, priority one is developing as a player, no matter how compelling his innate talent is to everyone else. “I’m not there yet, so I’ll just get in the gym and keep working.”

Coach’s advice: “Don’t let nobody change your game” and “Control what you can control”

This article appears in print in the July 2022 issue of Maclean’s magazine. Subscribe to the monthly print magazine here, or buy the issue online here.

The post Is Shaedon Sharpe the NBA’s next Canadian star? appeared first on Macleans.ca.

Children discover what it takes to be a veterinarian

Larissa Pacheco: Kayla Harrison’s GOAT talk is ‘marketing,’ other fighters are ‘1,000 times better than her’