BRITS have been told to get home by 6pm after the union confirmed strikes are going ahead in what will be the biggest walkout in 30 years.

According to the RMT union, last ditch talks to halt the strikes failed to resolve a dispute over pay, jobs and conditions – and the industrial action could end up lasting weeks.

And passengers have been urged not to travel unless absolutely necessary with half the rail network shut down on Tuesday, Thursday and Saturday.

40,000 workers will walk out over job cuts, pay and conditions from tomorrow.

TfL have now warned commuters to get home by this evening to avoid travel chaos as staff walkouts begin.

The warning comes as millions of Brits have already been caught up in the transport drama today.

What we know so far…

READ MORE ON THE STRIKE 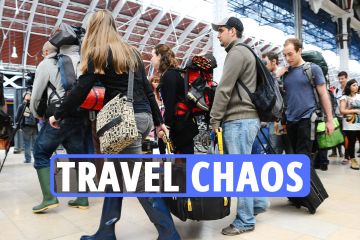 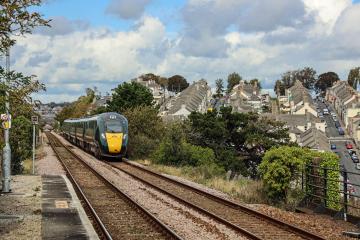 The union has admitted it’s causing the carnage to protect ancient rules which mean train staff only have to work 35 hours a week — the equivalent of seven hours a day.

RMT boss Mick Lynch said: “The strike will go ahead – we call on our members to stand firm, support the action and mount the pickets.

“We are not special. The whole country is suffering. We have a trade union prepared to fight.”

And Lynch said that there are no signs of the strikes stopping any soon.

He added: “Our campaign will run as long as it needs to run until we get a settlement acceptable to our people.

“It will go on until somebody offers us a deal we can put to our members and we can vote for it in a referendum.”

Downing Street said it was “deeply disappointing” that the strikes are going ahead, arguing that they will not resolve the issues faced on the railways.

The Prime Minister’s official spokesman said: “This is deeply disappointing, that these disruptive, these self-defeating strikes will take place this week.

“Striking does nothing to address the long-standing issues that we need to sort to make sure our railway, that the public use and treasure, is fit for the long term.”

A TfL statement said: “We are advising customers to avoid travelling on Tuesday 21 June, when strike action will severely disrupt most of TfL’s and national rail’s services.

“If you need to travel, you are advised to complete your journey by 18:00.

“Disruption on all Tube lines will continue through the morning of Wednesday 22 June.

“No London Underground services are expected to run before 08:00, when they will begin running with delays.

“We encourage customers to avoid making journeys until mid-morning.”

Many train services have been cancelled with “shortage of train crew” given among the reasons ahead of a national walkout of rail workers.

And a number of train companies are running emergency timetables today, warning people to only travel if necessary.

Transport Secretary Grant Shapps denied that he is “the problem” in relation to rail strikes.

He told Sky News: “The actual unions need to sit down with the employers because this is a highly technical discussion around 20 different areas of modernisation that are required on the railway.

“We’ve given £16 billion of taxpayers’ money through coronavirus to make sure that none of those railway employees lost their jobs.

“So they need to work on this together between the union and the employers.”

But Treasury chief secretary Simon Clarke said earlier today it is likely the rail strike will go ahead and insisted it is not up to the Government to resolve the dispute.

Festival-goers have said they are facing a travel “nightmare” on their way to Glastonbury Festival as rail services are cancelled.

Around half of the trains to Castle Cary, Somerset, have been cancelled, while some of those travelling to the site in Pilton have complained that restrictions mean they may not make it to the festival.

Downing Street earlier warned it will be “extremely difficult” commuting during the rail strikes.

The Prime Minister’s official spokesman said: “For those that have no choice but to come in it will be extremely difficult tomorrow.”

“We believe we are seeking to offer a fair and reasonable pay rise and modernise the railway services for the long term, and we need to get rid of some of these outdated rules and procedures, some of which have not been updated for decades and which don’t serve the public.”

The strike has been designed to cause maximum disruption, meaning six days of chaos this week.

He told Good Morning Britain: “There’s 120,000 on chemotherapy and a similar amount on radiotherapy. It’s well established that delays will have a 20 per cent reduction in benefit of cancer treatment.

“I think it’s selfish and inappropriate. Oncology is at breaking point at the moment.

“This will lead to loss of life. Maybe not now but in the next few months.

“If it’s going to cause loss of life you have got to ask if they have the moral authority to make the choice of going on strike at this time.”

TUC general secretary Frances O’Grady said rail staff have been left with “no other option”.

And RMT boss Mike Lynch has previously said he will run the campaign for as long as it takes to get a settlement, potentially creating havoc for more than six months.

Meanwhile, teachers, binmen and posties have threatened to join the walkout – causing chaos unseen since the 1970s.

A reduced timetable this week will operate just 20 per cent of train services on Tuesday, Thursday and Saturday.

And a map of misery has illustrated how just half of the country’s network will be open.

Network Rail said that no passenger services will serve locations such as Penzance in Cornwall, Bournemouth in Dorset, Swansea in South Wales, Holyhead in North Wales, Chester in Cheshire and Blackpool, Lancashire.

There will also be no passenger trains running north from Glasgow or Edinburgh.

And the last train from Edinburgh to London on the East Coast Main Line will stop running at lunchtime at 1.30pm.

He said they want a seven per cent pay rise.

It means tens of thousands will have to find alternative routes to its 50th event.

And last week mum Marta Kotlarek told how she faces a 180-mile drive to get her sons to school for their GCSE exams.

Use Of Voice Commands Is On The Rise

Today24.pro
Fulton vs Akhmadaliev next is a no-brainer, but will we get it? A 757-acre Scottish island that comes with a mansion and a whale skeleton nicknamed 'Bony Dick' is on sale for just over $2 million Eblen knew he would beat Mousasi at Bellator 282: ‘I expected it’ Royals vs. Athletics Friday game thread