COUNTDOWN viewers were disappointed not to see Susie Dent in her usual perch in Dictionary Corner on Monday.

The much-loved host was missing from Countdown after contracting Covid, as Judge Rob Rinder stepped in for her.

Host Anne Robinson said on today’s show the popular brainiac was ‘sadly off with Covid.’

In her place was the TV judge, with Anne saying on the show said she would call him Rob when giving anecdotes in Dictionary Corner and Robert when he was acting as Susie Dent.

It’s not the first time Susie’s missed a show thanks to Covid, last year she was forced to skip one episode while waiting for the results of a Covid test.

Susie’s absence comes after she shared a rather interesting word of the day earlier this morning, which may have been a clue she’d be missing from the show.

“Word of the day is the 19th-century ‘hingum-tringum’, meaning ‘barely presentable’, or just about hanging together,” she shared on Twitter.

Fans noticed Susie’s absence and reached to wish her well. 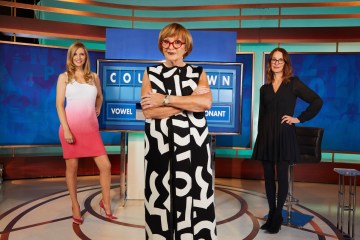 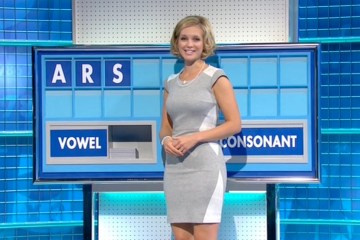 “My elderly mum kept asking why you are not on Countdown. I think it’s sweet how she asks . I told her you were working on that 2nd album,” wrote one fan on Twitter.

Another added: “Have you now recovered from Covid Susie ? Missing you on Countdown…”

And a third wrote: “When will we see you again on Countdown Susie? Not watching unless you come back.”

While she’s recovering home, Susie is likely to still be keeping limber for her next appearance on the show after she practises her 75 times table every morning for Countdown.

She said 75 is one of four key numbers which regularly appear on the show’s maths round.

But Susie admitted that she still struggles with multiplying 75 by eight.

The lexicographer has appeared in Dictionary Corner on the hit Channel 4 show since 1992.

“If you asked me to multiply 75 by eight I’d still take 30 seconds.

She said daily online word game Wordle was like “an old baggy cardigan” to her, adding: “It’s a kind of comfort blanket.”

I’m allergic to strong emotions – sweating, laughing or crying could kill me and so could my hair due to rare condition

Today24.pro
‘Our strong bond was the most special part’: top-10 Badminton horse dies, aged 25 UConn lands 4-star shooting guard Solo Ball US tennis player Taylor Fritz pulled off an amazing diving shot at Wimbledon that was so good his opponent had already started celebrating winning the point The Untold Story Of Chris Hemsworth