KHLOE Kardashian’s fans think they have spotted a tell-tale sign that she may have had a boob job.

An Instagram pop culture account shared a recent photo of the reality star’s breast and claimed she has an “implant ripple”.

Igfamousbydana posted a snap of Khloe from the side while wearing a plunging white catsuit at a screening of The Kardashians finale.

Highlighting what looked like a fold of skin on the side of Khloe’s boob, they wrote: This is an implant ripple.”

Breast implant rippling usually refers to the folds and wrinkles on the implant that is visible on the skin.

This happens for women who have had boob jobs with saline or silicone breast implants and usually develops on the outer perimeter of the breasts. 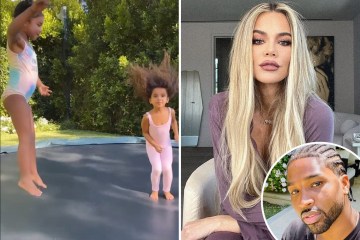 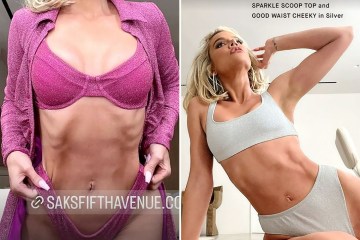 Fans agreed with the theory and shared it on Reddit, praising Khloe for reportedly getting natural-looking implants.

One wrote: “I think it was smart of her to get implants that are close to her natural size.”

Another added: “I noticed a while back she had them done. Honestly, I think she made the right choice in size. They really suit her and look natural.”

A third posted: “I think her breast augmentation is the one non-botched surgery she has had. It’s refreshing compared to the bolt-ons and such that are a thing again.”

Khloe, 37, has faced years of speculation that she has had plastic surgery.

Back in June 2021, Khloe finally confirmed she’d had a nose job and Botox.

“For me, everyone says, ‘Oh my gosh, she’s had her third face transplant!’ I’ve had one nose job!” she said during the KUWTK reunion.

“Everyone gets so upset, like, why don’t I talk about it? No one’s ever asked me!

“You’re the first person that’s ever asked me in an interview about my nose. I’ve done, sure, injections. Not really Botox. I’ve responded horribly to Botox.”

Khloe has struggled with body image issues over the years, previously recalling being left devastated as a child when she overheard her mom Kris Jenner telling a friend that she needed a nose job.

Khloe told British Cosmopolitan in 2013: “Words are the most powerful weapon, they can leave scars forever.

“She didn’t mean harm, but when I was around nine I overheard my mom telling her friend I needed a nose job.

“I was shocked, I hadn’t even thought about it. I’ve grown into my face but I’ve had makeup artists tell me, ‘You should get a nose job.'”

Fans are convinced the Good American founder has since had a second nose job, claiming her nose as been looking “tiny” in recent weeks.

Elsewhere, Khloe has been sparking concern with her drastic weight loss amid her heartache with Tristan Thompson.

Following a month of speculation, Tristan confirmed he is son Theo’s father and issued a public apology to Khloe.

The athlete wrote on social media: “Today, paternity test results revealed that I fathered a child with Maralee Nichols.

“I take full responsibility for my actions. Now that paternity has been established, I looked forward to amicably raising our son.

“I sincerely apologize to everyone I’ve hurt or disappointed throughout this ordeal both publicly and privately.”

Tristan admitted he met up with Maralee for sex several times while he was exclusively dating Khloe.

The TV personality and athlete share four-year-old daughter True together, while Tristan is also the father to son Prince, five, with ex Jordan Craig.

Babar Azam Beats Virat Kohli For Most Number of Days as No. 1 in ICC T20I Rankings