James Nesbitt plays distraught detective Danny Frater and follows his search for answers, after he finds his daughter laid in a hospital mortuary during what’s supposed to be a routine ID check.

After spotting a familiar necklace inside the evidence tube, a shocked Danny pulled back the sheet to find the corpse of his daughter, Christina( played by Imogen Kind), laid out on the autopsy table.

Pathologist Jackie (Joely Richardson) explained the cause of death as suicide, but an unconvinced Danny pressed her to tell him the truth.

Danny grappled with what he’s been told, as Jackie laid out the details in an effort to convince a distraught Danny that Christina killed herself.

As Jackie exited the room, Danny was moved by the sound of a watch alarm, and soon discovered that Christina’s possessions had not yet been handed to the police as evidence. 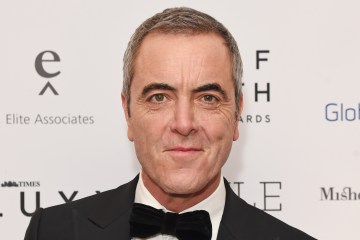 Inside the life of superstar TV actor James Nesbitt 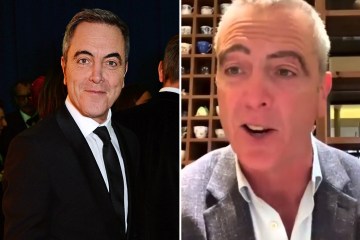 Dismissing the pathologist’s findings, Danny slipped quietly away with the watch and keys from the evidence pot and set off on a journey to uncover the truth.

Although many enjoyed the gripping drama, others took to Twitter branding the two half-hour episodes  ‘far-fetched.’

One Suspect viewer commented: ‘’Had high hopes for #Suspect, given the cast list. Shame it’s farfetched.’’

Another added: ‘’ …#Suspect So disappointing. They seem to have spent more time on the intro’s & adverts than the plotline!!’’

Most read in Drama

This is when you can watch new James Nesbitt show Suspect

They wrote: “That’s some size of inside coat pocket he has, holding half his evidence so far……#Suspect.”

While another exclaimed: “Pretty unbelievable so far…#Suspect.’’

However, many viewers were thrilled by the gripping drama with some taking to social media to applaud the new series with some consuming the entire series on Sunday night.

Another praised the series saying: “Ooh #Suspect is very good. Hooked before the first break and we can binge watch which is a bonus!’’

A third wrote: “Really enjoyed #Suspect last night and was so gripped.’’

Whilst another fan raved:  “Just binged all eight episodes of #Suspect. Absolutely loved it. Fantastic cast. Sam Heughan was brilliant.”