A RUSSIAN pop star from the naughties looks unrecognisable as she gives a massive update on her love life.

The Russian singer was formerly a member of the pop duo t.A.T.u. – who were notorious for their sexy and raunchy videos.

But now Lena Katina, 37, has changed her life around completely after marrying multi-millionaire businessman, Dmitry Spiridonov.

Katina, alongside Julia Volkova, formed their group in 1999. The duo’s hit songs back in the day included All The Things She Said and Not Gonna Get Us.

The pair continued to make records until they decided to pursue solo careers in 2011.

Katina was formerly married to rock star Sasho Kuzmanovich and they they share a seven-year-old son named Alexander.

MOST READ IN CELEBRITY 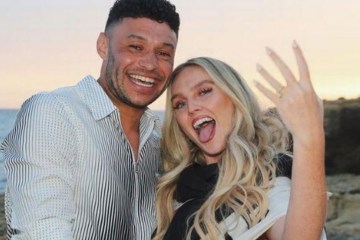 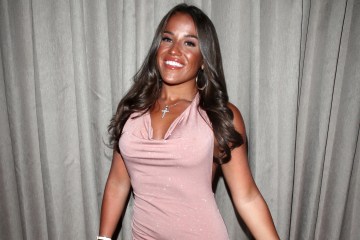 Towie stars hauled off plane by Spanish police face fines of over £4,000 each

Today however, Katina looks worlds apart from her former image. She has been at right by Spiridonov’s side, helping him through his cancer diagnosis.

Recently, she was pictured showing off her three-carat diamond engagement ring. She described the ring her millionaire hubby bought her was a “museum piece” worth a sum with “a lot of zeros”.

Katina showed off her slim figure as she wowed in a white wedding dress, with a plunging neckline.

In spite of being a former singer, said she decided against singing or having the media at her simple and intimate ceremony.

She said: “We’ll just sign the papers and think about having a big bash later. Both Dima and I know what we want to do, we will do everything for ourselves.”

The happy pair released two videos of their day. In one, Lena can be seen twirling in her wedding dress. And in the other, they zoom off in their car after the wedding.

Despite the magical wedding, Katina’s other walf was diagnosed with thyroid cancer and went into remission after a period of treatment.

However, the cancer returned and he is currently in remission again.

Spiridonov said: “Lena is the only one I’ll live for.”

Medal of Freedom honorees include Denzel Washington, Simone Biles, John McCain, among others