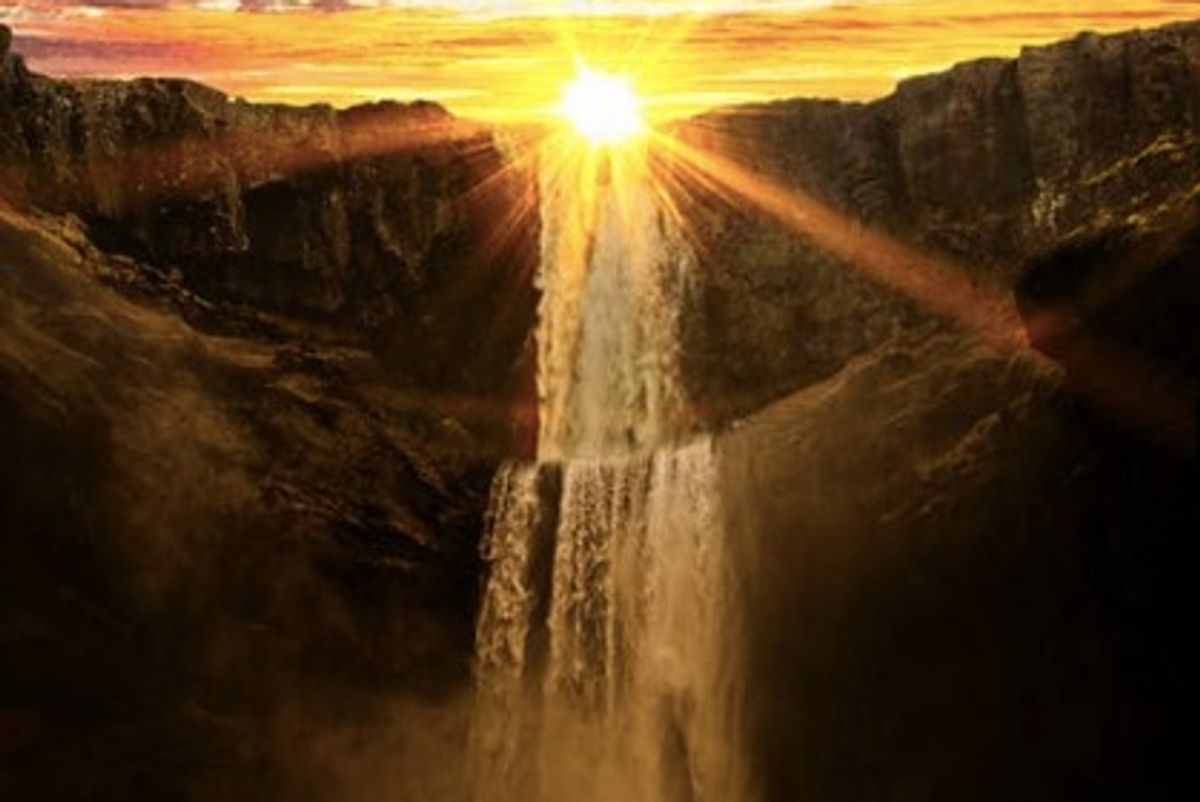 Summer solstice, a time when the northern hemisphere will experience the maximum hours of sunlight, takes place on June 21 – and will be celebrated by followers of Wicca, a form of contemporary Paganism, with a holiday known as Litha.

On this day the North Pole is at its greatest tilt toward the sun, creating the longest day and the official beginning of summer. As a sociologist of religion whose research has focused on contemporary Paganism, I know that for Wiccans, it is a day of celebration and joy at the light’s full return.

The fertile Goddess of midsummer

Wiccans observe eight sabbats, or holidays, throughout the year. The year begins with Samhain, which is considered the Wiccan New Year, followed by Yule, Imbolc, Ostara, Beltane, Litha, Lughnasadh and Mabon. These form what is called the “Wheel of the Year.” Each sabbat celebrates what is happening at that moment in nature. Midsummer, the pinnacle of light, is the time for celebrating nature’s growing fertility. 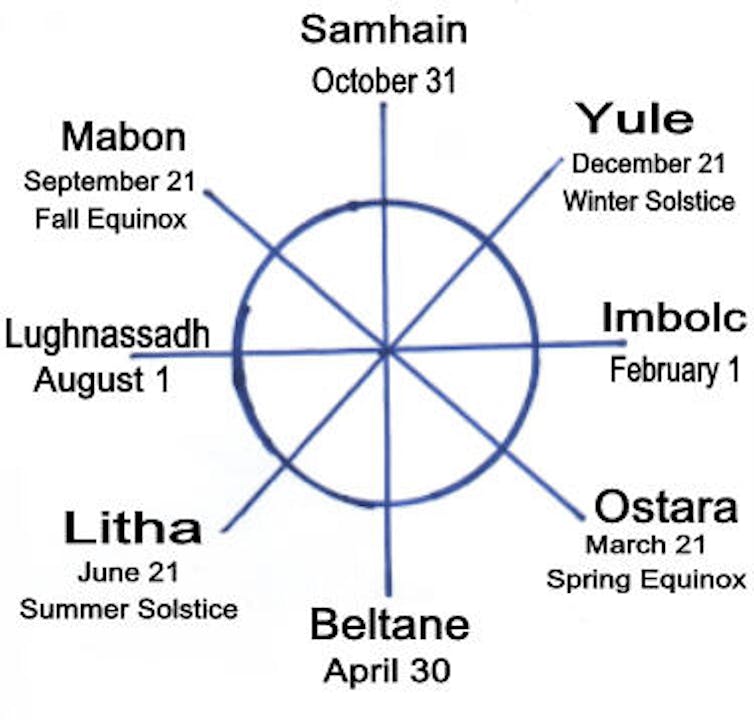 Wheel of the year.

As part of the ritual that marks each sabbat, the earth and the divinities are venerated. A central “myth” of every sabbat is the changing relationship between the God and the Goddess, who may have different aspects or be represented in several forms. For example, Diana may represent the Goddess in youth, Demeter the motherly aspect of the Goddess, and Hecate the crone.

Each sabbat celebrates a different aspect of the relationship between the Goddess and God. For most Wiccans this myth is viewed as symbolic of the ongoing cycle of life and in nature. The growth from youth, to adulthood, to old age, to death and then to the continuing cycle of new birth or rebirth.

The Goddess is viewed as eternal, but her form changes throughout the year: from a young woman, to a mother, and eventually a crone in fall; then back to a young woman the following spring. The God dies and is reborn, moving from child to lover to dying again each fall, which Wiccans believe ensures the growth of crops. Some Wiccans view the deities as archetypes or symbols while others see them as actual spiritual beings.

At Litha the Goddess is described as full with child and the God is seen as at his most virile. The image celebrates fertility, strength and growth in nature and in the participants’ lives. The fertility in people’s lives can take several forms, such as the focus on what they have realized in the past year or what is still developing that they hope will come to fruition by the fall harvest.

All sabbats begin by creating sacred space, mostly outdoors when the weather permits. This is done by those leading the ritual walking around an area, chanting as a form of prayer and sprinkling the area with water and salt, which are believed to be spiritually cleansing.

Representatives of the elements – earth, air, fire, water – respectively associated with the four directions – north, east, south and west – are carried around the circle as well. For example, a crystal, a feather, a lit candle and a shell might be carried around the circle. All participants are asked to imagine a sphere of light over the circle and spirits or divinities associated with each of the directions are invited into it. There is then a reading or poetry about the season and what it means in nature and in people’s lives.

In midsummer celebrations a bonfire is lit and people jump over it, holding a wish for the summer in their minds. These can be personal wishes for the participant’s own growth or health or that of someone dear to them, or it can be for the protection of Mother Nature, such as wishing for rain if there were a drought or the end of flooding if there were floods.

These rituals can be performed alone or with others. Even those who normally practice alone often join with others for the sabbats.

The focus is not only on the holiday and what it means immediately in nature and for the participants, but understanding it within the turning wheel of the year. It is a reminder that change is inevitable and normal even if it is sometimes enjoyable and at other times less so.

Today24.pro
Lonnie Walker to Lakers Athletics’ Adrian Martinez will get starting assignment in Seattle Christian Thun faces Curtis Harper on July 9 ProBoxTV card in Florida SANDCAST: Deahna Kraft only knows one speed, ‘All in, or nothing at all’