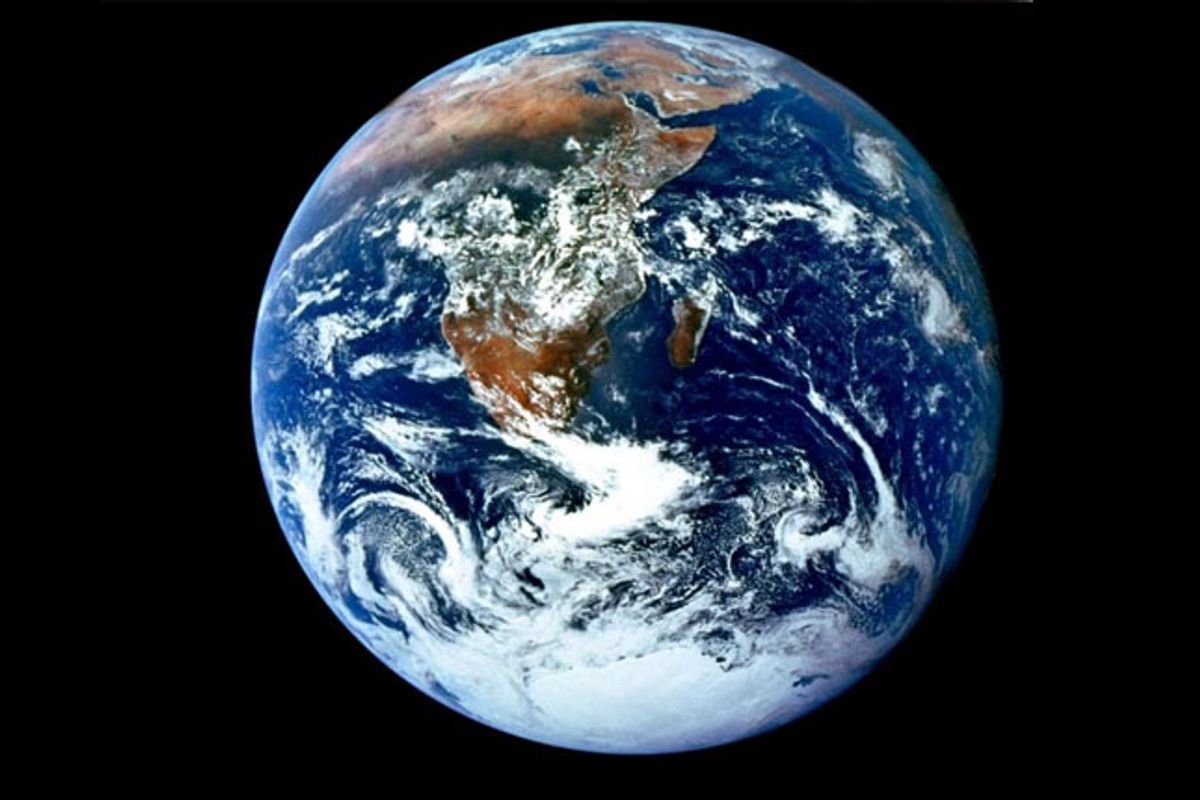 You wouldn’t know it from the torrential rains that have inundated large parts of New South Wales and Queensland this year, but average late-autumn rainfall over southeast Australia has declined significantly since the 1990s.

Less rain in these areas is an expected consequence of global warming. In both the northern and southern hemispheres, the paths of the weather systems that bring rain in the middle latitudes have been moving away from the equator and towards the poles.

We studied in detail the drop in rainfall during April and May in southeast Australia, and found it is just one consequence of far-reaching changes in the behaviour of high-altitude winds over Australia. 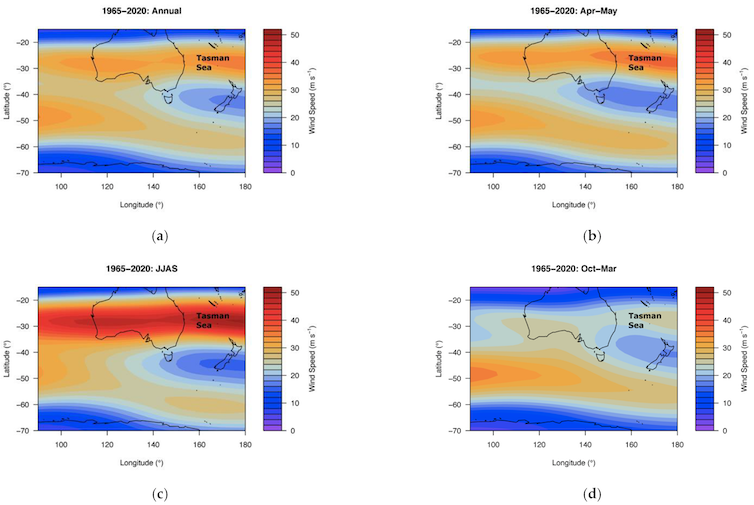 The jet stream over southern Australian latitudes splits in two over autumn and winter.

Since the mid 1990s, the location of this split has moved and the speeds of the winds involved have also changed. We found these changes, which are related to global warming, are responsible for a decrease in the number of low-pressure systems bringing rain to southeast Australia.

The maps you might see on weather apps or TV forecasts usually show what’s going on at ground level: high- and low-pressure systems, cold fronts, and so on. However, these ground-level systems are largely driven by the jet streams and related atmospheric processes.

As well as the changes in the jet stream, there are two other important changes reducing rainfall in the early cool season.

First, the air over parts of inland southeast Australia has become significantly drier since the 1990s. 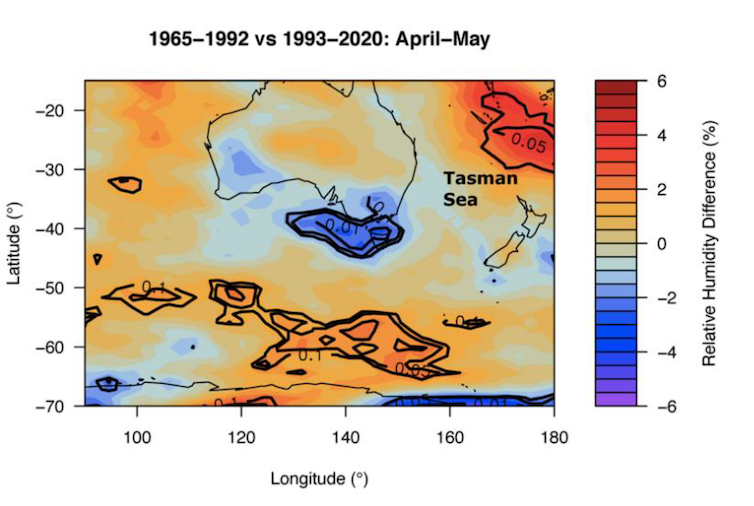 Humidity over parts of southeast Australia has declined significantly since the 1990s.

And second, areas of strongly rotating air have moved further east and south, over the Tasman Sea.

Both humidity and air rotation are important contributors to the development of low-pressure areas that bring rain. As a result of these changes, there has been a significant decrease in late autumn rainfall in southeast Australia.

Much of the variation in rainfall from year to year depends on the phase of El Niño–Southern Oscillation (ENSO), a large-scale climate phenomenon over the Pacific Ocean. When this is in one phase, called La Niña, eastern Australia experiences lower temperatures and higher rainfall – in the opposite phase, El Niño, it’s the other way around.

In the absence of La Niña years, and particularly groups of repeat La Niña events such as those of 2010–12 and 2020–22, we have seen extreme droughts following dry summers and dry late-autumn periods.

Changes in the atmospheric circulation, especially in the jet stream location and strength, have contributed to the multiple-year droughts we have seen since the 1990s, namely, the periods 1997–2007 and 2017–2019. For example, rain-bearing “east coast lows” are often forming further south, and there are fewer cut-off low pressure systems over inland southeast Australia.

The effects of drought at ground level are easy to see.

The drought periods since 1997 have killed huge numbers of river fish, reduced the viability of broad acre and pastoral farming and other economic industries, and reduced river flows and sustainable access to water in many areas. In a future warming climate, these drought periods are expected to continue.

However, changes to the jet stream also have less obvious effects at higher altitudes. In particular, these changes have implications for air transport.

Changes in speed, location and structure of jet streams will mean planes will use more fuel on many routes, including in Australia. Less favourable winds, and an increase in sudden “clear-air turbulence”, will increase aviation fuel consumption.

Federal officials to Andrew Yang: Your math doesn't add up

Today24.pro
Christian Thun faces Curtis Harper on July 9 ProBoxTV card in Florida Athletics’ Adrian Martinez will get starting assignment in Seattle Lonnie Walker to Lakers SANDCAST: Deahna Kraft only knows one speed, ‘All in, or nothing at all’