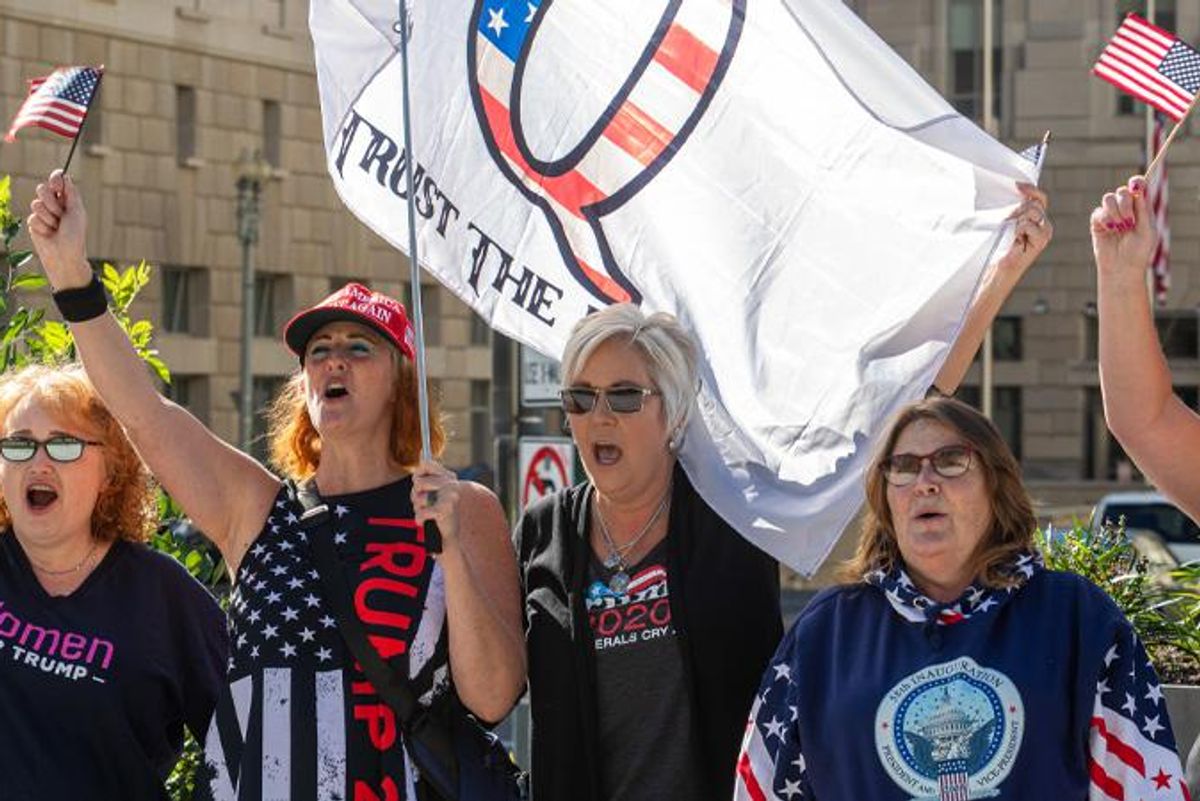 On Monday, disinformation-fighting tech company Logically.ai reported that a special cryptocurrency developed for adherents of the QAnon conspiracy theory has imploded.

"For the past year, two QAnon-affiliated influencers have been persuading their thousands of followers to invest in a portfolio of cryptocurrency tokens marked as fraudulent by the Stellar network — a major blockchain, alongside the better known Bitcoin and Ethereum — causing their followers to collectively lose millions of dollars, one of whom died by suicide after losing more than $100,000," said the report. "Combining conspiracizing with bad investment advice, the WhipLash347 and Quantum Stellar Initiative (which has no relationship with the Stellar network) Telegram channels coordinated to produce a weekly curated list of cryptocurrency assets, claiming that they had access to secret military intelligence and knew which assets were going to succeed."

This comes as cryptocurrencies in general face a huge market correction, with Bitcoin losing 15 percent of its value in a 24-hour period last week alone.

"The leaders, WhipLash347 and PatriotQakes (also active in the community under her real name, Emily Tang), capitalized on distrust in both financial institutions and mainstream media to lend credence to the assets they promoted, and bombarded their tens of thousands of followers with misinformation about crypto ventures," said the report.

IN OTHER NEWS: LGBTQ Republicans angered by Texas GOP's new platform: 'These are crazy people'

These leaders used encrypted Telegram channels — a favorite method of organizing for the far-right — to inundate QAnon adherents with advice to buy the coins, which experts have called scams.

"WhipLash347 is an anonymous personality in the QAnon community who has claimed close personal connections with Elon Musk, former President Donald Trump, and John F. Kennedy Jr, who is dead," said the report. "Although at one point there was a WhipLash347 QAnon influencer account on Twitter and Facebook, the social media behavior of the WhipLash347 Telegram account makes it likely that the account has changed hands within the past year. Currently, the group mostly contains forwarded messages from other crypto investing groups, and contains far fewer Q-related posts than it did at the account’s inception."

The QAnon conspiracy theory, which arose on extremist social message boards in the early Trump years, asserts that America is controlled by a secret ring of Satanic child-trafficking cannibals who consume human blood to live forever. Adherents have generally gravitated toward Trump, claiming he is the only U.S. politician aware of the conspiracy, and constantly predicted martial law and mass arrests while he was in power.

Here are the biggest Fourth of July celebrations across the country

Today24.pro
The Untold Story Of Chris Hemsworth UConn lands 4-star shooting guard Solo Ball US tennis player Taylor Fritz pulled off an amazing diving shot at Wimbledon that was so good his opponent had already started celebrating winning the point ‘Our strong bond was the most special part’: top-10 Badminton horse dies, aged 25