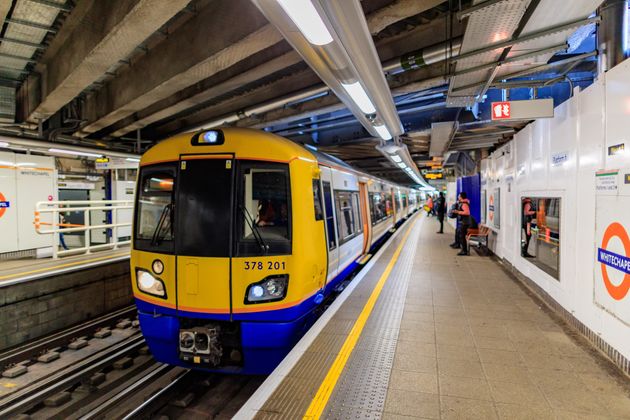 Railway strikes are set to rock the country this week

Railway strikes are set to bring the country to a standstill this week, but could actually affect the UK for much longer if unions decide to extend their protest.

A dispute between railway unions and operators has culminated in the largest walkout the UK has seen for more than three decades.

With little indication that either side are willing to compromise, some union bosses have warned that they will not give up until their requests are met – meaning the disruption could go for a while yet.

What’s going on this week?

Network Rail workers up and down the country are striking on Tuesday, Thursday and Saturday. The London Underground services will be joining them on Tuesday.

This means only 20% of the usual services will be running and railways operators are encouraging people not to travel. However, with GCSE and A-level exams are taking place this week along with the UK’s biggest festival, Glastonbury, many people will now be looking for alternative routes instead.

Some areas will be cut off from the railway service completely, and though there are only three days of action, the rest of the week’s travel timetable is expected to be disrupted as a result. 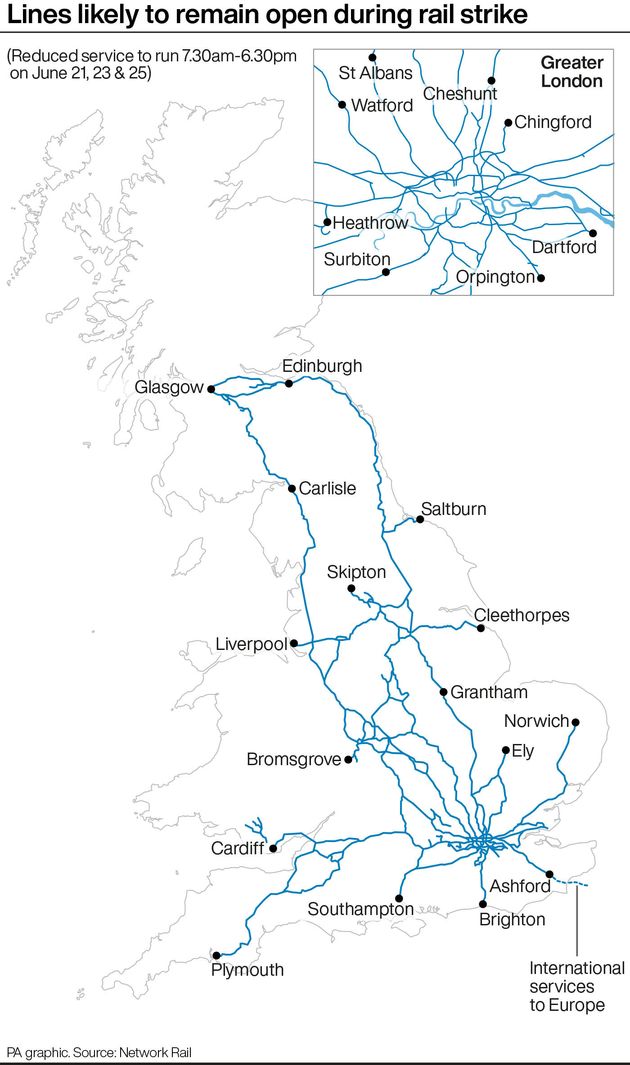 Why are workers striking?

Around 40,000 RMT Union members will be striking after years of botched negotiations with railway operators.

The workers have been pushing back against pay, job losses and their work conditions.

RMT’s general secretary, Mick Lynch, the i: “We don’t want the disruption but if we don’t do anything, we’ll just be passive in the face of aggression. And we will lose the ground that we’ve made over the decades and we may lose our credibility as an organisation. We don’t have any choice.”

“Together we are unstoppable. Get up and fight or live on your knees. The struggle is on - bring it on. This is the fight of our lives. Victory to the RMT.” An inspirational speech from our general secretary Mick Lynch #WeDemandBetter ✊ pic.twitter.com/SPOPMVgW2x

Why do people think the strikes might go on for longer?

Lynch told the i newspaper that a prolonged dispute – stretching into the autumn – could be possible.

“That may have to be the way that it is, I hope that’s not the case, but there doesn’t seem to be much evidence at the moment that it’s going to go any other way.

“The TSSA [union] which represents about 6000 Network Rail staff is balloting, Aslef, which along with.us organises train drivers has about six or seven ballots being returned on July 11 – just a few weeks away. If there’s no settlement, I can only see this escalating.”

Network Rail and train operators claim job losses and changes to current conditions are necessary to limit further taxpayer bailouts, as fewer people are have been using the rail services since the pandemic.

According to RMT, operators are considering measures such as closing ticket offices, reducing pensions and scrapping collective bargaining as they try to cut costs.

Lynch also explained that RMT – which is leading the action – will decide whether to arrange more strikes after this week. He claimed other unions are already considering it too.

However, the RMT must give two weeks’ notice of further action, so the general public will know in advance if another strike is on its way.

What is the government doing?

The government so far is refusing to intervene, with chief secretary to the Treasury Simon Clarke telling Sky News: “We don’t own the railways ourselves, and it wouldn’t be right for us to substitute ourselves for the role of the employer.”

However, it has expressed dismay at the thought of the strikes being extended.

A Department for Transport spokesperson said: “We have repeatedly urged the RMT not to proceed with these damaging strikes, but shockingly they now threaten six months of disruption instead focusing on negotiating an agreement.

“This would cause widespread misery for people right across the country, affecting work, income, education, and even medical appointments.”

Business secretary Kwasi Kwarteng is allegedly trying to limit the disruption by altering legislation and allowing operators to use agency staff during industrial action.

Could the industrial action extend to other sectors?

This strike could encourage other public sectors workers, including teachers and NHS staff, to walk out over their own work conditions.

This has brought about new comparisons to the “Winter of Discontent”, when mass strikes between 1978 and 1979 over inflation brought the country to a stand still.

However, as Clarke said on Monday, the government will not raise public sector wages in line with inflation in a bid to avoid “a repeat of the 1970s”.

Our New Skin Serum is Anti-Aging, Anti-Wrinkle, Anti-Old, and Deeply Ageist to Its Core