“The rats here live better than I do,” says Alexander Ross sadly, as he
surveys the decay in his ramshackle flat.

The 69-year-old has lined the walls of his dismal Victorian two-bed with silver tin foil in a desperate bid to keep in the warmth.

Water sodden cracks in the bathroom ceiling have caused damp and a sewage leak, which forced the retired maths teacher out of his property and on to the sofas of friends.

A trap in the pensioner’s kitchen once caught 15 rats and he startles at the sound of pigeons cooing, fearing they’ve come to nest beside the rodents.

He sighs with relief when he realises they are outside, saying: “You get so depressed and anxious you wonder what will go wrong next.”

Alexander’s ground floor flat is on Steamer Street, Barrow Island, South Cumbria, which was once part of a vibrant ship building community alive with the commotion of industry. 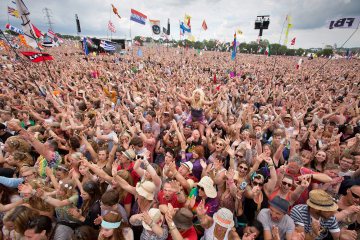 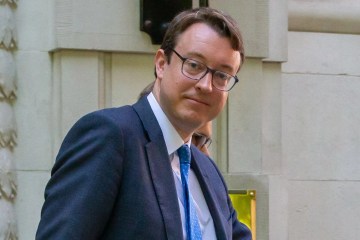 In the 1870s and 80s a series of tenement blocks were built to house the dock workers and the flats remained smart and desirable places to live for around 100 years.

But mass unemployment towards the end of the 20th century led to a decline, and today much of the complex has an air of decay, neglect and abandonment.

Alexander bought his flat for around £50K in 2012 as a buy to let, in the hope that it would provide him with some income in his retirement.

But when his tenant died at around the time he was going through a divorce, he says he couldn’t afford to pay two lots of council tax and so decided to move in himself.

It is a decision he has grown to bitterly regret as he claims his insurance company, the owners of the freehold and the council have all denied it is their responsibility to repair the structural damage to his flat.

Alexander says even if he could afford to fix the cracks in the ceiling and outside wall himself, he wouldn’t be able to for legal reasons as it involves doing work on parts of the building he doesn’t own.

He says: “I have also noticed fractures on the walls of other flats. There are huge structural problems that need to be fixed.

“It’s a scandal waiting to happen. Sooner rather than later this will end in a death. Someone needs to take responsibility.

“I haven’t been able to live here for about two years. It’s a waste of a
property.

“I move round sofa surfing now, staying with friends. You think that sounds bad, but compared to this it is heaven.

“I was burgled so I don’t even have a handle on the front door.

“There are more and more people moving out. You look round and it’s deserted.

“I can’t live like this. When I was here I got out as much as I could.

“I am stuck in this position and it’s depressing.”

A stone’s throw from Alexander’s flat is the notorious Egerton Court, an almost identical block built at the same time, which has a reputation on the island for being a hotbed of drug and alcohol abuse.

The tenement building overlooks the Irish Sea and Piel Island, a tourist attraction which is home to the ruins of a 14th century castle.

But there will be few visitors to this part of the town, which is just 30
miles from the fells of the beautiful Lake District.

The flats centre around an exposed concrete square and five black bins, which are said to be responsible for a stubborn infestation of rats.

At 1pm on a hot afternoon, a dead eyed man who only looks to be in his twenties staggers across the quadrangle clutching a half drunk bottle of white wine. He struggles to focus as he kicks a football to a pal.

The flats are owned by a disparate group of landlords, many of whom live outside of the area.

Estate agents manage the properties on their behalf and everyone we speak to tells us their rent is paid for with Universal Credit.

“The landlords do not care. They just take the money.

“People just do want they want. They drink all over, score drugs all over, scream all over.

“From 7am until midnight, all day long. It gets you down. I want to move somewhere else.

“You can hear the rats in the morning scurrying around, in the chimney breasts.

“I have lived in all kinds of rough places. I grew up somewhere similar to this.

“But there’s no community here. People dump sh** wherever they want to.”

You can hear the rats in the morning scurrying around, in the chimney breasts

Another resident, who didn’t want to be named, adds: “It’s horrible.

“When I first moved in five years ago there were flats going up in flames.

“It got a bit better when they put CCTV in, but it’s still horrible.

“I have alcoholics banging on my door when I am trying to sleep.

One former resident told us: “Drugs and alcohol are rife but there are
decent people living there too.

“The police are in and out all day. It’s like a conveyor belt. As soon as
one police van leaves, another arrives.”

Dave Wilton, 58, has lived at Egerton Court for four years, and his biggest issue is the rats.

He said: “It’s got a bad reputation but it’s all right. I am happy enough
here.

“However, I do not think the bins are emptied enough. Once they get full, you see rubbish bags ripped open by the gulls.

“I live on the top floor and you can hear the rats scurrying around in the roof space. You feel like they’re having a party up there.

“I had them in my flat, but that’s sorted now.”

“It’s OK. You can get people with loud music and smashed windows and the police visit quite a lot.

“The landlords do not care as long as they are getting their money.

“I am hoping to save up and move somewhere else.”

But not all residents were as quick to condemn the block flats.

Mandy Corbett, 50, said: “I have lived here for almost three years. I love it.

“It’s quiet and I’ve had no trouble here. I did have rats for a spell, but
that’s sorted now.”

Terry Jones, 51, added: “There are a lot of good people on the Eggo.

“There’s also a sense of community. Some residents have been here for 20 years. We help each other out. I am quite happy here.

“I have had a rat in my bathroom. They come and go. It doesn’t bother me that much.”

In contrast to Egerton Court and Steamer Street, nearby flats Maritime Apartments are much better maintained and we are told they are mainly rented to contract workers. The surrounding houses are also smart and well kept.

Cumbria County Council say they have launched a number of initiatives in the area to combat addiction and anti-social issues.

One of the main projects the council support is The Wells, a charity to help those with drug addictions.

Allison Johnston, a councillor for Barrow Island, says: “In the last
couple of years we have made real progress in the area.

“We created the Landlords Forum, which is a multi agency initiative
involving the council, the police and drug and alcohol services. They meet regularly to discuss the issues and to try and benefit the residents of Egerton Court.

“It’s a friendly area and people look out for each other. It’s not all doom and gloom.”

A spokesperson for Cumbria Police adds: “Egerton Court has a great sense of community and the Egerton Court Multi Agency Team has been set up to support multi-agency partnership working in this area, to further support the local community.

“Within this team Cumbria Police are working with partner agencies
including the council, Barrow Fire and Rescue and The Well Communities – a charity supporting those recovering from drug and alcohol addiction.

“Recently, officers have also spoken to residents in every flat to listen
to their concerns and assisting with policing matters and signpost them to the many community initiatives being put in place.

“Local officers have also been working with the landlords of the flats and have been proactive in positively tackling issues in the area.

“By working holistically with partners and residents we aim to further
reduce the number of crimes committed.

“However, we encourage anyone who has experienced crime or has any information regarding criminal activity to report it to police so it can be investigated.”

PlayStation Studio Refreshingly Honest About What It Isn’t Working On

Today24.pro
SANDCAST: Deahna Kraft only knows one speed, ‘All in, or nothing at all’ Canadian Wood Council mass timber fire test performed as expected Athletics’ Adrian Martinez will get starting assignment in Seattle Christian Thun faces Curtis Harper on July 9 ProBoxTV card in Florida