PIERCE Brosnan opened up as he shared a sweet picture with three of his grown-up sons.

The Bond legend casually posed with his rarely seen kids in the snap to mark Father’s Day.

The Bond actor’s children have all followed him into a career in showbiz[/caption] Pierce with his wife Keely Smith, who is mum to Paris and Dylan[/caption]

The father-of-five captioned the photograph: “My love forever to you dear sons, Paris, Dylan, Sean and Christopher, thank you deeply for your love

on this Father’s Day.”

Chips off the old block, Sean has appeared in the films Alien Uprising and Acts of Violence, while Dylan has also had small roles in a selection of movies.

Both Dylan and Paris are better known for their modelling, with Dylan also a singer in the band Raspberry Blonde. 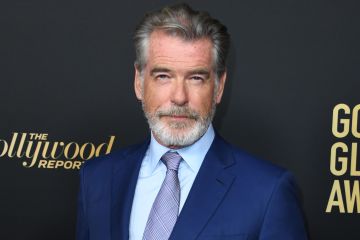 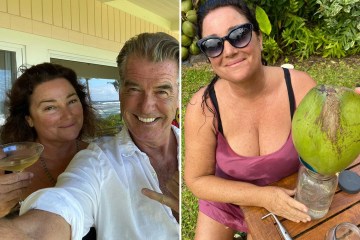 Paris has already walked for a range of high profile designers including Dolce & Gabanna and Balmain.

Pierce shares his youngest sons Dylan and Paris with his second wife Keely Smith, who he married in 2001.

The Mama Mia actor shares Sean with first wife Cassandra Harris and adopted her two children Christopher and Charlotte during their marriage.

Sadly Cassandra died from ovarian cancer in 1991 aged 43 and tragically lost their daughter Charlotte to the same disease in 2013.

Christopher, 49, worked as an assistant director on some of his dad’s Bond films including Die Another Day, and The World Is Not Enough.

The pair’s relationship was tested following Cassandra’s death, when Christopher went through years of addiction, but in 2019, Pierce told Esquire that they had reconnected and established “a loving communication.”

Before her death, daughter Charlotte was an actress with NYPD Blue, The Nephew and The Disappearance of Kevin Johnson amongst her credits.

Pierce with his sons Dylan, Paris and Christopher[/caption] The Mamma Mia star with his first wife Cassandra Harris[/caption] Pierce and his daughter Charlotte who was also an actress[/caption]