THREE people have been found dead inside a home following an hours-long standoff with police.

The gruesome scene was discovered at a home in central Phoenix on Monday morning.

Phoenix police told Arizona’s Family news site that a man from Tucson came to a home and got into a fight with his ex-girlfriend.

At some point, the man killed his ex-girlfriend and her current boyfriend before turning the gun on himself following an hours-long standoff at the apartment, cops revealed.

Officials have yet to release the names and ages of the victims.

Police have launched an investigation into the murders. 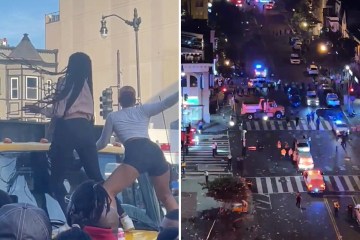 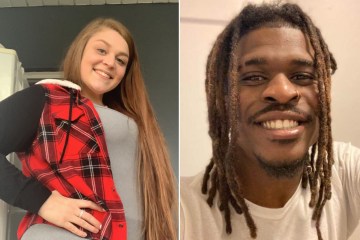 Meanwhile, crowds of revelers were seen fleeing in horror after gunfire erupted at a music festival in Washington DC on Sunday evening.

A boy, 15, died and three other people were injured after being shot at the Moechella concert.

Video shared online shows partygoers running away as cops rushed to the scene.

Some were seen twerking on the hoods of cars before taking cover behind the vehicles.

Metropolitan Police Chief Robert Contee revealed that an “incident” occurred at the concert and was broken up.

He said people “started to scatter” when a second incident unfolded, the Washington Post reported.

The second incident led to people being trampled on, police said.

Contee said that some people were hurt after their legs and ankles were trampled on.

Medics were seen treating those who were injured on the sidewalk.

How to put zip into your July 4 barbecue

Today24.pro
Canadian Wood Council mass timber fire test performed as expected SANDCAST: Deahna Kraft only knows one speed, ‘All in, or nothing at all’ Lonnie Walker to Lakers Christian Thun faces Curtis Harper on July 9 ProBoxTV card in Florida