A REAL life castaway gave up being a millionaire stockbroker to live on a deserted island with two female mannequins.

David Glasheen, 78, has been living on Restoration Island off the coast of North Queensland since 1997 – but his life of solitude is getting a bit risky as he get older.

After his fortune and home was lost in the 1987 ‘Black Tuesday’ crash, he ditched the high life in Sydney, Australia, and moved to Cape York Peninsula in the nineties.

But as he nears closer to turning 80, David admits it’s going to be harder to lead a companionless existence.

His body is starting to change and as the days go on, his life in solitude could pose a problem should his health take a turn. 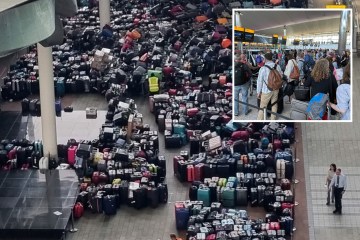 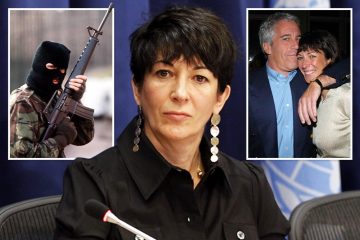 “I fainted one day and then fell and broke my hip. The phones don’t work when you need them half the time, so the best security I could get is more people.

“The wheels start falling off when you’re 80. That’s what happens.

“If things go wrong, your life is at risk and you’re really aware of it.”

David is appealing for some company to join in on his secluded lifestyle – but can’t find anyone who is willing to commit to the change of pace, Mail Online reports.

He can’t afford to pay a full salary, but thinks a middle-aged couple may be most appropriate who have skills to help on the island and receive stipends.

Leaving the rugged wilderness and heading back to the mainland after 25 years in isolation isn’t an option, he says.

He’s happy being excluded from the world. When Covid struck, his life didn’t change at all.

When David first relocated, all he had taken with him was three shirts, two pairs of shorts, a torch, a jar of chilli powder, books, his toothbrush and toothpaste.

Now he has a solar internet connection, even more books and two mannequins – Miranda and Phyllis – for company.

David does a yearly grocery shop in Cairns where he travels to by a small dinghy.

With plenty of time to reflect on the first half of his life as a city slicker, he believes he understands why people can struggle.

David said: “I wish I’d never been in the city, I wish I was born here in the bushes.

“We all do the same thing. We leave school. We’re expected to go into our mother or father’s businesses, or take over things from the family, or be doctors, lawyers or accountants or whatever.

“And we did all that. Half of the marriages failed. And you’ve got all the broken families and kids everywhere. And we wonder why every one is a bit dysfunctional.”

In his book, The Millionaire’s Castaway, David says Restoration Island added more substance to his life than money ever could.

“Resto had affirmed my commitment to find a different way of life: one beyond the vicious cycle of pressure to earn enough money for a lifestyle by which other people measure your value and success.

“I couldn’t bear the thought of this place being a rich man’s playground.

“This short time on the island had convinced me that Resto was somewhere I could live in utter contentment. Spending the day fishing and the night yarning was my idea of bliss.”

Six-word stories: Share with the IJ a short tale of what freedom means to you

Today24.pro
McGregor vs. Masvidal chances heating up Lonnie Walker to Lakers Canadian Wood Council mass timber fire test performed as expected SANDCAST: Deahna Kraft only knows one speed, ‘All in, or nothing at all’