Joe Vardon @joevardon
Kyle Lowry (hamstring) is doing work on the side, but not practicing. So, he’s not playing Game 1 of the Eastern finals against Boston. ⁦@The Athletic⁩ theathletic.com/news/kyle-lowr… – 6:51 PM

The Vertical @YahooSportsNBA
Kyle Lowry (hamstring) has officially been ruled out of Game 1 of the Eastern Conference Finals. pic.twitter.com/Xqv2V4KbiZ – 6:20 PM 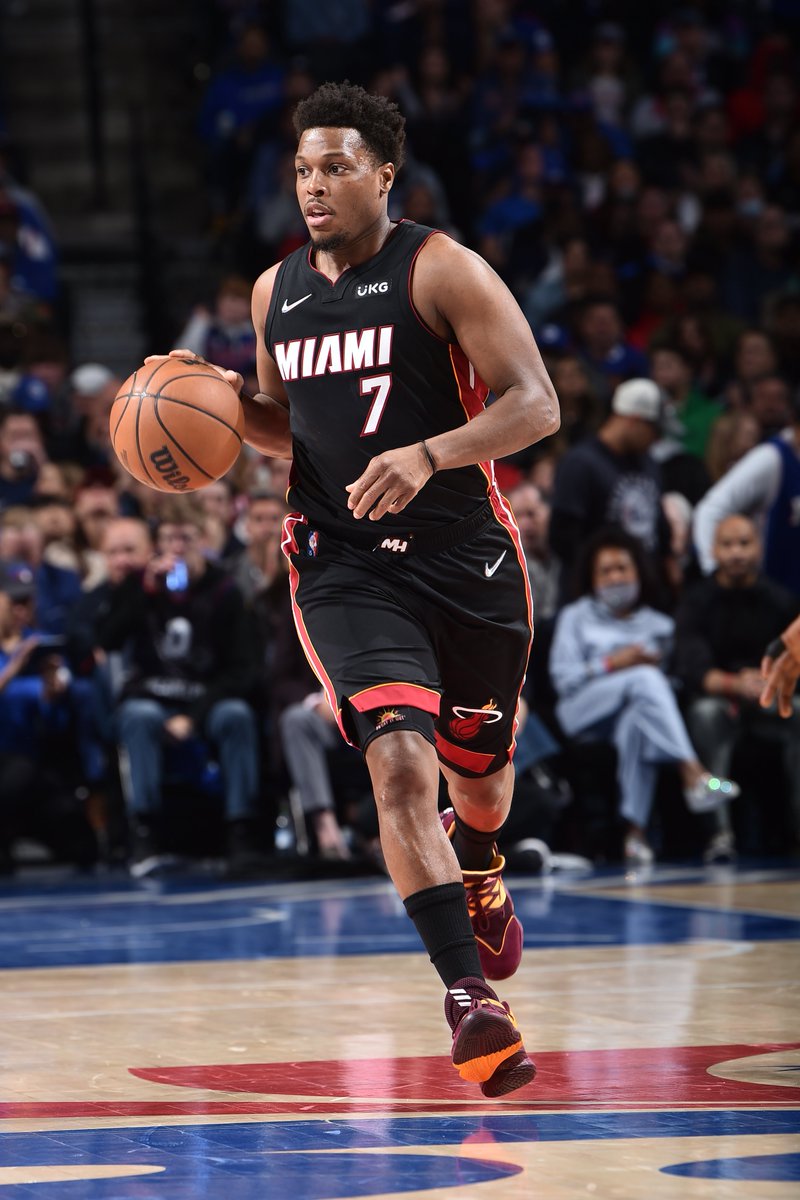 Keith Smith @KeithSmithNBA
The Miami Heat have listed Kyle Lowry as OUT for Game 1 on the 5:30 PM ET injury report. – 5:55 PM

Anthony Chiang @Anthony_Chiang
From @Barry Jackson: Kyle Lowry ruled out, and the rest of the Heat/Celtics injury report for Game 1 miamiherald.com/sports/spt-col… Also, is this “peak Jimmy”? And analysts pick Celtics over the Heat – 5:36 PM

Anthony Chiang @Anthony_Chiang
Kyle Lowry (hamstring) is listed as out for Game 1 of the Eastern Conference finals. – 5:30 PM

Wes Goldberg @wcgoldberg
Kyle Lowry was not a full participant in practice today, and he did some stuff on the side, Spo says. Status for tomorrow remains up in the air. – 12:30 PM

Barry Jackson @flasportsbuzz
Lowry did not practice..unlikely for Game 1 – 12:30 PM

Barry Jackson @flasportsbuzz
From PM: More eyebrow-raising feats by Strus/Vincent; a Lowry update; and a bunch of Heat things: miamiherald.com/sports/spt-col… – 9:04 AM

Brad Townsend @townbrad
In their 42-season history, the biggest lead Dallas has ever blown, regular season or playoff, is 30 points. Twice. Once to the Lakers and Kobe Bryant and the other to Toronto and Kyle Lowry. – 9:14 PM

Barry Jackson @flasportsbuzz
An update on Heat’s Lowry, a change for Herro and more great feats for Strus, Vincent. And more Heat notes, including the Spo Twitter mystery: miamiherald.com/sports/spt-col… – 8:16 PM

Pashabank official on operating with losses in Georgia: "there is high competition"