GEMMA Collins enjoyed a luxury at-home beauty treatment after revealing her wedding to fiance Rami Hawish is on hold.

The 41-year-old looked fresh-faced as she went make-up free in a series of clips shared on Instagram.

Former Towie star Gemma revealed she was having an injection to promote hair growth.

She said: “Hi guys, I’ve been sitting in the garden today totally chilling.

“I’m going to have the biotin injection. I mean, I do have naturally thick hair – and yes I’ve got extensions in at the minute – but my own hair is very thick.

“But where I’m obviously blonder now for the summer, I’m going to have the biotin and is going to promote the hair growth.” 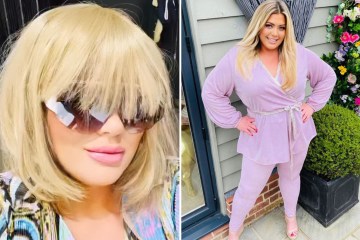 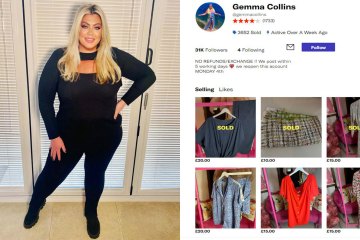 Gemma then joked that getting older means her eyebrows are thinning, as she asked her aesthetic nurse: “Will it make my eyebrows grow back?”

The GC then revealed she was having the injection in her bum, telling fans: “Just because I don’t feel it there, it’s no pain, and it gets straight into the bloodstream really quick.

“I can’t even feel a thing, it’s being done right now, and I am going to have the thickest hair in Essex.”

It comes after Gemma revealed she and Rami have put their wedding on hold to try for a baby – and she’ll even take time off work to make it happen.

Britney Spears reveals she has lost her baby in heartbreaking post

Gemma has made no secret of her desire to become a mum and told us she has boxed off from August to conceive.

The Diva Forever star, who spoke to The Sun after teaming up with Durex, said: “I can’t wait until the 1st of August because then I can totally relax. I’ve not got a day off until then.

“We are getting to that point where we need to concentrate on having a baby.

“I really want to just rest after August and spend time with Rami and make the baby. I’ve given myself a six month window.”