ROB Kardashian appeared in court to testify against Blac Chyna in the court battle between her and the Kardashian family.

The Instagram model is suing the Kardashians for “millions,” accusing them of playing a part in Rob & Chyna’s cancelation at E!.

Rob Kardashian took the stand to testify against Blac Chyna[/caption]

On Wednesday, the ever-reclusive Kardashian sibling, 35, took the stand to share his side of the story.

Rob appeared in court for the first time, wearing a navy shirt as he told the jury his tale and fielded questions from Chyna’s lawyer.

He looked sharp, wearing a navy shirt and black pants.

Unlike his famous family, the former fashion entrepreneur typically keeps a low profile. 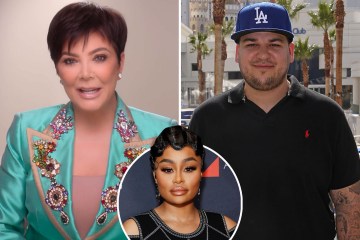 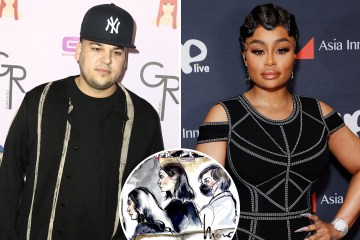 Before giving his testimony, Rob had been noticeably absent from the court room.

As previously reported by TMZ, Rob had been home taking care of his daughter Dream, whom he shares with Chyna.

Per the outlet, the former Keeping Up With the Kardashians star has been focusing on daddy duty while the legal battle waged on.

Sources close to the reality TV family told TMZ that Rob has tried to “keep everything as routine for her as possible,” despite the family drama.

The insider went on to say that Rob has agreed to appear in court if called to the stand – which he finally was.

Dream, however, was said to be his top priority.

She has accused the of teaming up to get her reality show canceled.

The former adult dancer alleged that losing the show led to financial struggles.

She also claimed her career had been “ruined”.

Rob & Chyna famously ran for one season before being cut by E! network amid drama between Chyna and Rob and rumors about their relationship and the show.

Throughout the trial, both the mom of two and the Kardashian family has made some lofty allegations.

The Kardashian family’s attorney, meanwhile, claimed Rob’s ex pulled a gun on him and choked him with a phone cord during a December 2016 argument.

Rob’s ex fiancé took the stand early on in the court case.

She faced a number of questions about her financial standing and more.

While she claimed she was struggling with money, Kardashian attorney Michael Rhodes noted the purse on her arm in court.

She responded, refuting the price. Chyna claimed it was actually worth $40,000.