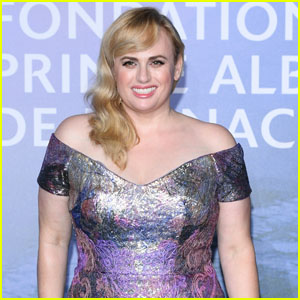 Rebel Wilson has quite a story to tell about her behavior in high school.

The 42-year-old Pitch Perfect actress made an appearance on Jimmy Kimmel Live on Tuesday (April 26).

During her appearance, she brought her high school yearbook, which included a lot of her extracurricular activities. She also revealed that she loved to play pranks on her teachers.

“So, in the boarding house I would mastermind the escapes. We had bars on our windows; it was that type of good Christian school. Then I would organize the escapes. I’d work out all the passcodes for the alarms, like, ‘Let’s go, let’s go,’” she said.

“Then one time I locked a teacher in a cupboard for four hours…she was a mean teacher. It was really good revenge,” she continued, revealing that they tricked her into the cupboard by getting her to look at something.

“Yeah, she cried. And she could never tell which girl it was that pushed her in. So they lined us up and were, like, ‘Which one was it?’ And I’m, like, ‘Don’t say anything, guys.’ And then no one ratted me out.”

“I was voted deputy head girl, which is kind of, like, the second-most popular girl at the school, which is why I’m on the front cover of the book,” she went on to say.

Rebel Wilson also opened up about diet pills, and hitting back at recent claims.

'Dream big': Ground Up PDX on mission to create life-changing jobs for women

A bizarre mystery surrounding NASA Voyager 1 probe is being investigated