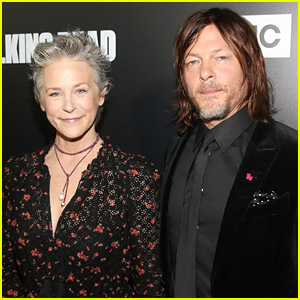 A huge bummer for fans of The Walking Dead: Melissa McBride has exited the planned spinoff show about her character, Carol, and Norman Reedus‘ character, Daryl.

AMC released a statement explaining why.

“Melissa McBride has given life to one of the most interesting, real, human and popular characters in ‘The Walking Dead’ Universe,” AMC said in a statement (via Variety). “Unfortunately, she is no longer able to participate in the previously announced spin-off focused on the Daryl Dixon and Carol Peletier characters, which will be set and filmed in Europe this summer and premiere next year. Relocating to Europe became logistically untenable for Melissa at this time. We know fans will be disappointed by this news, but ‘The Walking Dead’ Universe continues to grow and expand in interesting ways and we very much hope to see Carol again in the near future.”

Fans love their onscreen chemistry and they are the only 2 stars remaining from season one. The spinoff show will now focus solely on Daryl.

Find out about the other spinoff show in the works and see who will star!