The highly anticipated and long-awaited return of the NIRSA Championship Series National Basketball Tournament lived up to all the expectations. Fifty-one teams with 470 participants participated in 86 games over the three-day span resulting in over 7,800 points scored and 97 universities contributing to this year’s tournament. It’s safe to say the Champ Series is back and better than ever!

The University of Wisconsin–Madison Red Badgers are the 2022 Women’s Club National Champions! 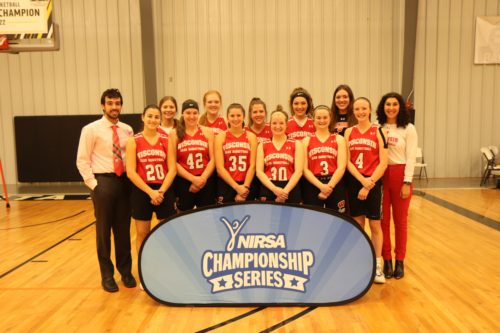 Wisconsin-Red started pool play dominant with a 61-14 victory over Wichita State University. They then slipped passed Georgia Tech in a closely contested match, winning by one point in a 39- 38 thriller. This set Wisconsin-Red to finish first overall in their pool.

The Wisconsin Red Badgers would then move on to the championship game versus UC Davis. UC Davis had several great players competing against the Badgers, but the overwhelming support of Wisconsin fans, the Men’s Club Team, and of course Wisconsin-White, would give Wisconsin-Red all the energy they needed to push past UC Davis and call themselves the 2022 National Champions!

The University of Wisconsin–Madison Red Badgers are the 2022 Men’s Club National Champions! Yes, you are reading that right. Wisconsin-Red is both the Men’s Club and Women’s Club champions. 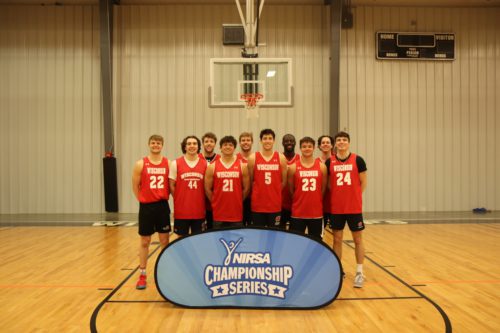 Wisconsin-Red started pool play strong with a 68-32 victory over Southern Illinois University Edwardsville. They then suffered a minor setback with a 31-46 loss against Texas A&M to finish second in their pool. Wisconsin-Red were then able to revenge their regular-season loss with a hard-fought 44-34 victory over Texas A&M to begin their journey in bracket play. They followed up with a 54-45 victory over Arizona State in the semi-final match, sealing their spot in the Men’s Club championship game.

In Wisconsin-Red’s final game against Grand Canyon-White, both teams strapped up for what would be a shootout in the final game. Three-pointer after three-pointer, assist after assist, and several backboard rattling dunks from both sides ensured this game was going to come down to the very last second. With two minutes left in the game Kwame Frimpong (MVP) secured one of his eight total steals. That steal, along with several of Kwame’s rebounds (13 total), would give Wisconsin-Red a secure lead that Grand Canyon–White was never able to approach. The overall team effort from Wisconsin-Red was all they needed to call themselves the 2022 National Champions!

The University of Iowa is the 2022 Unified National Champions! 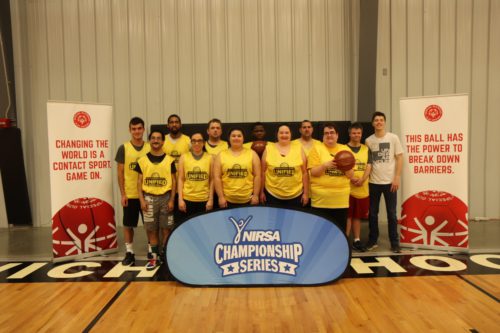 The journey to the National Championships for the team from Iowa City was unique as they faced the challenge of winning a 2 of 3 series vs. (now friendly rivals) Wichita State. In a doubleheader on Saturday, Iowa escaped a close victory in the first of the three-game series by winning 29-22. Captain Jaison Marks led the way with four points and 18 rebounds (not a typo, that’s 18 rebounds) for the Hawkeyes. This helped propel his team to victory by giving them additional second-chance points. The second game of the series had even more highlights as it was a true nailbiter. With seconds to go, Iowa came from behind to steal the victory and lock down the championship. Sunday’s game was still played as Iowa completed the sweep, cut down the nets, and brought back the hardware to Iowa City. Congratulations to all participants in this year’s Unified Basketball National Championship! 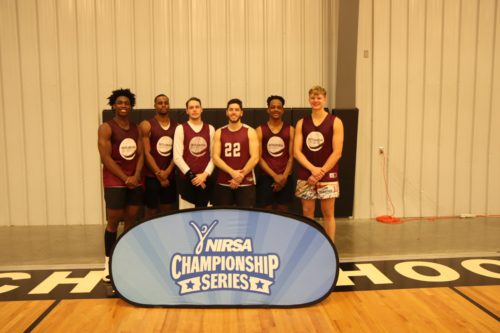 The boys from Springfield, Missouri only brought five team members to Wichita but that did not slow them down throughout the tournament as they cruised their way to victory with an undefeated record. Wichita State was the first team to face the mighty Bears with Christopher Purcell racking up a double-double with 17 points and ten rebounds resulting in a score of 65-53 in favor of Missouri State. The second game of the tournament for Missouri State was a 63-51 route over the University of Central Florida which slated them as a top spot in the bracket. After a hiccup-free first round (95-43 vs. Angelo State), Missouri State faced its closest challenge of the weekend as they escaped with a 50-46 victory over the Georgia Southern YunGBulls. A 62-44 victory over the University of North Alabama Lions was the icing on the cake and the Bears were listening to “We are the Champions” all the way back to Springfield!

Out of the 497 participants only a few were able to bring home the team hardware. It wouldn’t be right to not recognize individual performances and sportsmanship that was featured throughout the weekend. Congratulations to this year’s National Basketball All-Tournament selections! 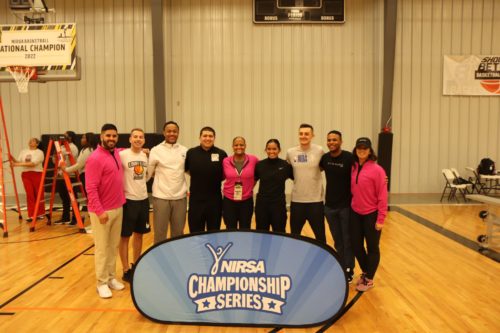 Just as teams strive to win a national championship, one of the highest honors for student officials across the county is to become an All-American Official at the national tournament. The six student officials listed below have positively impacted their university while also showing great leadership and growth throughout the weekend in Wichita, KS. Congratulations to this year’s All-American Officials!

The officials’ shortage across the county has continued to become more and more extreme.  NIRSA, campus recreation, and all levels of play would not be where they are today without the dedication to developing student officials within intramural programs. Thank you to everyone who has continued to dedicate long hours to officials’ development. And congratulations to all officials who participated in this year’s tournament!

A big THANK YOU to our staff for their part in supporting this tournament. We can’t provide these quality tournaments and memorable experiences for our student participants and officials without our amazing volunteers from across the nation! 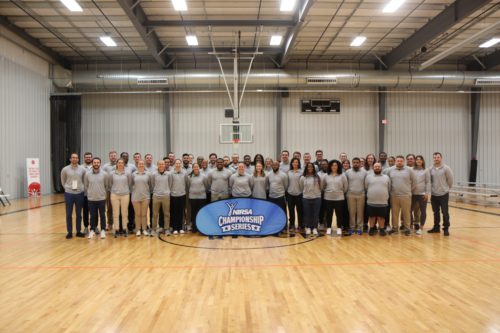 Thank you to our supporting sponsors JC2 Officials and ETA Officials Camp for their participation in this year’s tournament!

Thank you to our hosts and recreation partners from Wichita State University and the Wichita Hoops Academy for their outstanding contributions to a great tournament!

It was great to be back in Wichita for the 2022 NIRSA National Basketball Tournament again after what was a difficult year for many partners, colleagues, and friends. The tournament would not have been possible without the contributions of everyone involved.

Congratulations to all the teams and staff for making the tournament experience a wonderful one. We hope to see everyone next year at the 2023 NIRSA National Basketball Championships!

Express E-Adda: ‘In the next 20-30 years, Indian politics will revolve around the BJP — you are with it or opposed to it’, says Prashant Kishor