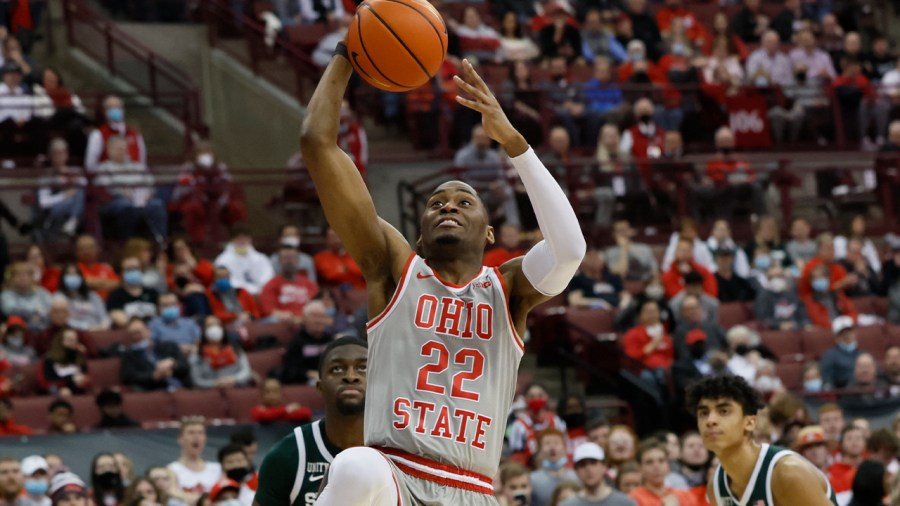 You can watch the press conference in the video player above.

The latest mock draft from CBS Sports has Branham going 14th overall to the Cleveland Cavaliers. As a true freshman, Branham played in 32 games averaging 13.7 points while shooting an impressive 49.8% from the field.

The Columbus native will become the first freshman from Ohio State drafted in the first round since D'Angelo Russell who was picked 2nd overall by the Lakers in 2015.

Prior to that, Ohio State had a string of five freshman drafted in the first round from 2007-09, including Greg Oden and Mike Conley.

Branham grew up in Akron and played for St. Vincent-St. Mary, the same high school made famous by LeBron James. Branham led the Fighting Irish to the 2021 Division II state championship and was named Mr. Basketball in Ohio for the 2020-21 season.