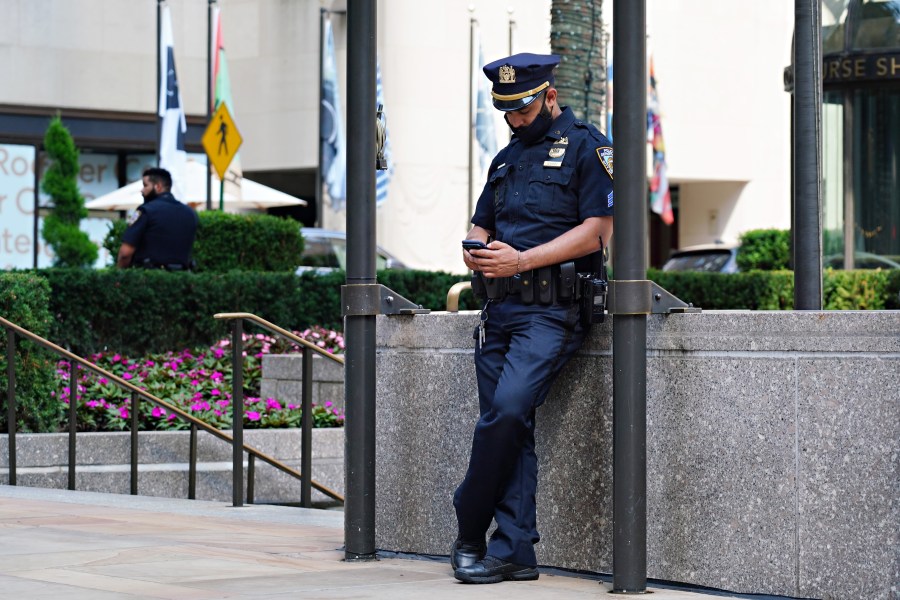 NEW YORK (PIX11) --- NYPD officers are on their phones for a reason, the union representing them said after Mayor Eric Adams criticized cops spotted standing around looking at iPhones.

Smartphones were distributed to all officers so they can get up-to-date information for fighting crime, according to the city. Per a city website, their usage is "permanently improving all field work in the New York City Police Department." Officers were ordered to carry and use the phones, Police Benevolent Association President Patrick Lynch said.

See a cop on a phone in a subway station? NYC mayor wants you to send him a pic

"We are now required to document every minute of our tour on these phones. Every form we are required to fill out and every alert we receive comes through the phone," he said. "If there’s a problem with cops using the phone on duty, NYPD management should change the policies and go back to pen and paper."

But Mayor Adams said he wants New Yorkers to send him pictures of officers they spot standing around on their phones in subway stations. He said it's not uncommon to see a group of transit officers hanging out by the booth. Some officers have told him it's frustrating when they see cops not doing their jobs.

NYC Mayor Adams tells NYers to back up while recording police

“We are going to start taking very aggressive actions to make sure police are patrolling our subway system and and not patrolling their iPhones,” Adams said. “You are going to see a visual difference in policing in the next couple of weeks.”

His office has not yet responded to a request for comment about officers using their phones for work. Per the city, NYPD-issued smart phones allow for:

‘People’s Convoy’ Plan To Ambush DC Gets A Flat