Was it a playful prank? Was it a challenge for dominance over the territory? Was it just a feline doing what felines do?

We’ll never know the motive of one male lion sneaking up on a napping male lion, but the sighting was a once-in-a-lifetime event for a safari guide and his clients, thanks to a flat tire, of all things.

Guide Aiden Blake was leading a safari in Dinokeng Game Reserve in South Africa when he heard of a lion napping in the brush. So he started driving to the location only to get delayed because of a flat tire.

“En route, I had a flat tire and, of course, had to change it first,” he told Latest Sightings, which posted his video.

He arrived just in time to see a lion stalking a napping lion.

Remarkably, the sleeping lion seemed to react an instant before the other lion pounced. The felines got into a “minor brawl” before going “straight back to sleeping again soon after,” Blake told Latest Sightings.

“This truly was a once-in-lifetime sighting for me and just really goes to show everything happens for a reason. Had it not been for the flat tire, we would probably not have experienced this.” 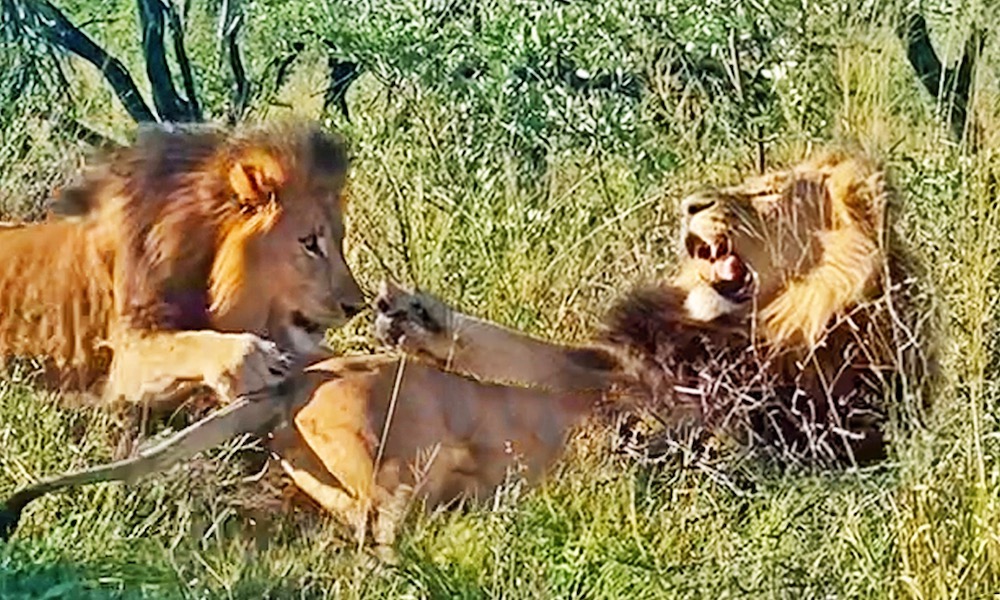 We assume the delay to change the tire allowed Blake to arrive on the scene at just the perfect moment. Otherwise, we assume he might have moved on from the location before the special encounter.