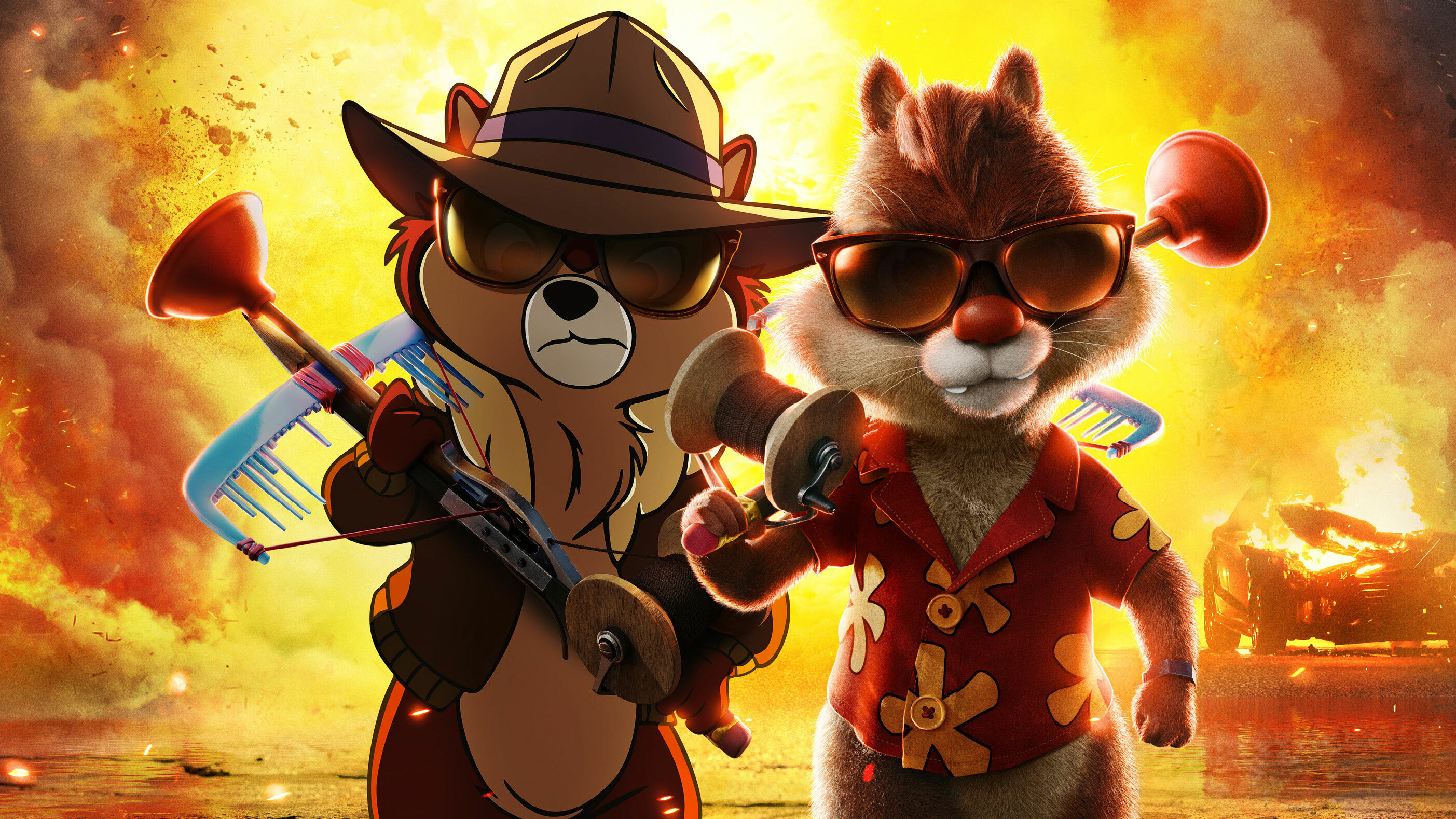 Remember the movie Who Framed Roger Rabbit? That's the vibe Disney seems to be going for in Chip 'n Dale: Rescue Rangers.

The upcoming Disney+ movie revisits the classic '90s cartoon series with shiny new visual effects — a mix of classic 2D animation and computer-generated imagery — and a distinctly metaversal twist. In this Disneyfied vision of the world, Chip (John Mulaney) and Dale (Andy Samberg) are former TV stars who grew apart after their hit series was canceled. But they're forced to set those differences aside when a former castmate mysteriously disappears.

Every inch of this trailer feels like it's introducing a movie that's built for people who watched the cartoon as kids. Just like us, Chip and Dale are all grown up now. Dale even ditched his old 2D look, thanks to transformational "CGI surgery." That's the kind of humor we're dealing with here. The trailer opens with a reminder that "Chip 'n Dale" is not the same thing as Chippendales.

Everything in the trailer unfolds against the backdrop of a world where fleshy humans, artful cartoons, and sharp-looking (but also unsettling) CG creations live together in relative harmony. Going back to the Roger Rabbit example, it's as if the borders of that movie's LA-adjacent Toontown exploded outward, and, over time, was gently absorbed into the vast expanse of the southern California city.

It looks like a wild ride, is what I'm saying. Prepare to watch this trailer a couple times if you're a fan of playing "spot the reference." Chip 'n Dale: Rescue Rangers comes to Disney+ on May 20.