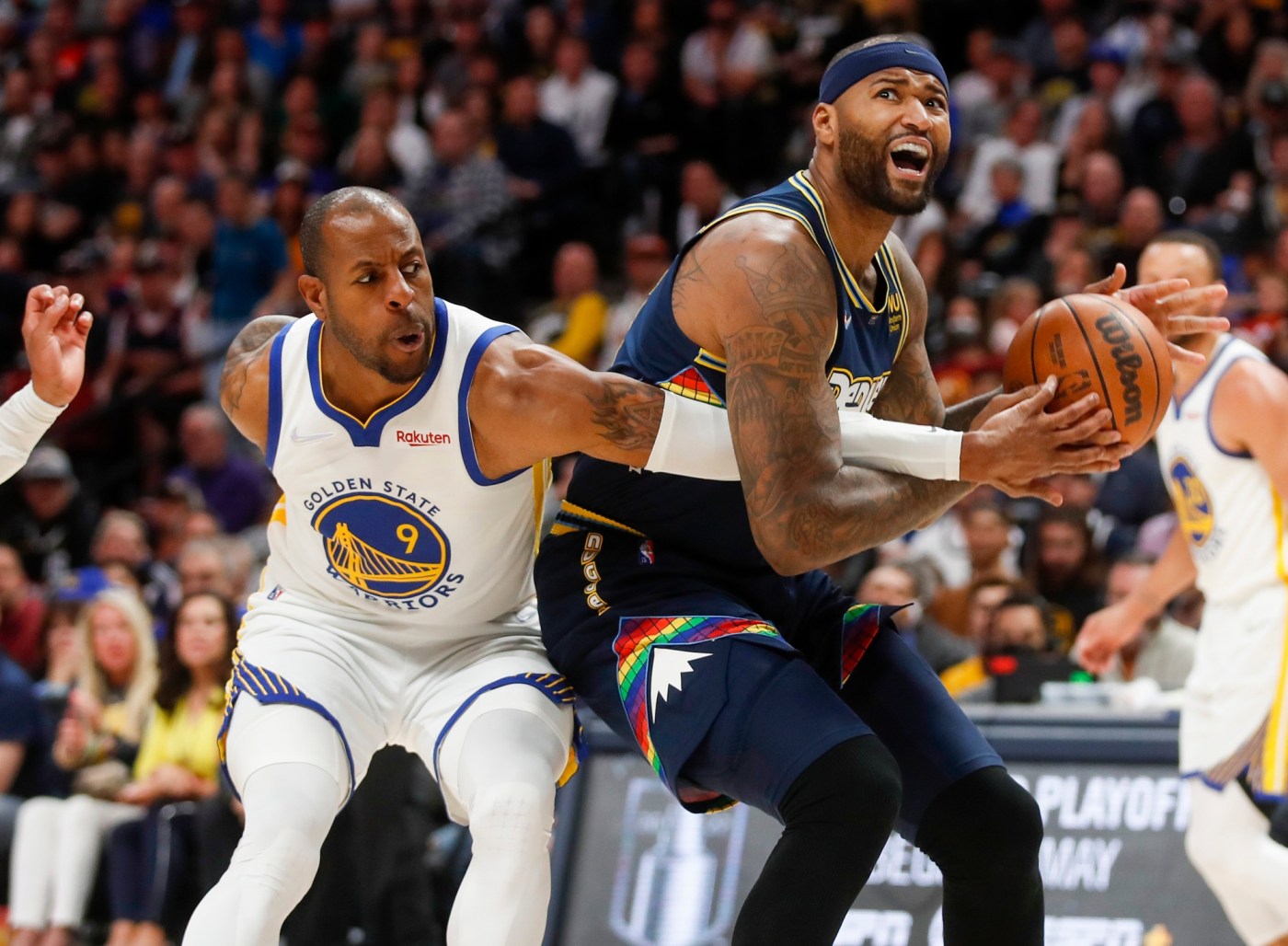 SAN FRANCISCO — The Warriors had a late addition to their injury report Wednesday ahead of Game 5 of their first-round series against the Denver Nuggets.

Andre Iguodala was ruled out for Wednesday night’s game at Chase Center with a neck injury. Specifically, he’s listed as having a left cervical disc injury.

The Warriors said the injury is linked to the neck spasms that disabled Iguodala for Game 2.  He’ll be reevaluated in one week, meaning he would miss the remainder of this series, which the Warriors lead 3-1. It’s possible he could also miss the start of the next series if Golden State takes care of business against the Nuggets.

“It’s a huge loss for us,” coach Steve Kerr said after shootaround. “He’s a guy who has been through everything and seen it all in his career and played in a million playoff games for us, knows exactly what’s going on and we can use him in a variety of ways. Played him at the small-ball five last game, he’s one of our best passers, one of our best defenders, so it’s a big loss.”

Iguodala being sidelined could pave the way for Jonathan Kuminga to play more in this series. The rookie didn’t play meaningful minutes in this series until the second quarter of Game 4. In 11 minutes, Kuminga scored nine points on 3-of-4 shooting.

“Just depends on how the game is gonna go,” Kerr said. “We just have to get a feel for everything, and I think one of the things we talked about when the playoffs started is that we didn’t have our whole group during the regular season. So we didn’t have tested lineups, we were going to have to mix-and-match and I think that’s going to be the case now. We have to feel each game and figure out what we need and go with our gut.”

Iguodala, 38, missed 19 games in the second half of the season with a lower back injury before returning for the final two weeks of the season.

Which European soccer teams are touring the USA in summer 2022?